STORM AND EMERGENCY INFORMATION (Service Alerts retired on 12/11/2012) Services alerts and storm related information on this page, updated for approximately 45 days, is being retired. An archive of emergency information links and rebuilding resources will remain below the archived imagery. 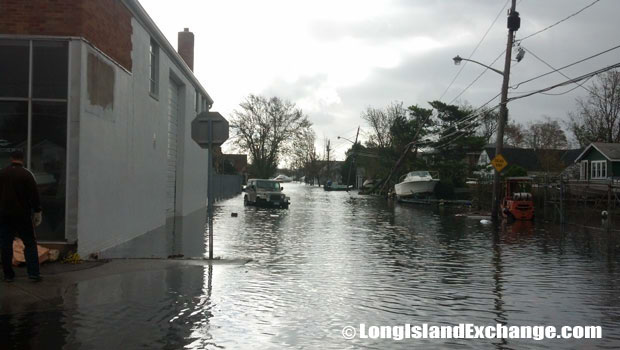 A flooded side street south of Montauk Highway in Lindenhurst, N.Y. on October 30th 2012. 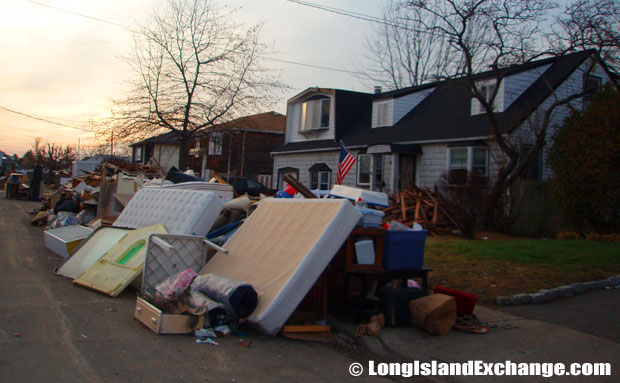 A typical scene of a side street south of Montauk Highway in Lindenhurst, N.Y. on November 18, 2012. 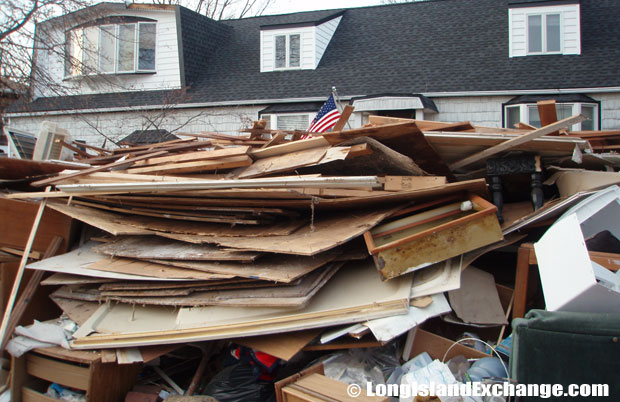 Families whose homes were spared in some areas lost use of their entire first floor due to water damage. 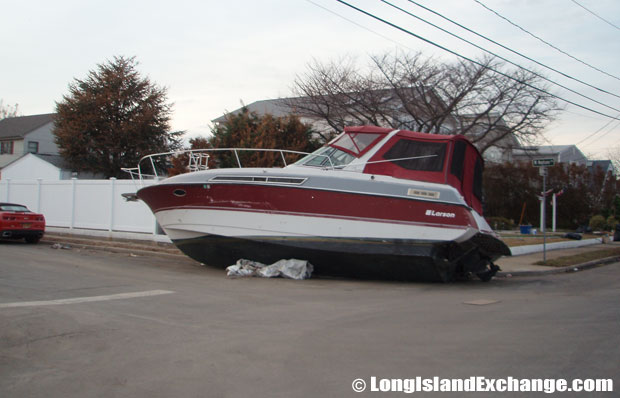 Boats, sheds and anything not nailed down were displaced throughout the neighborhoods. 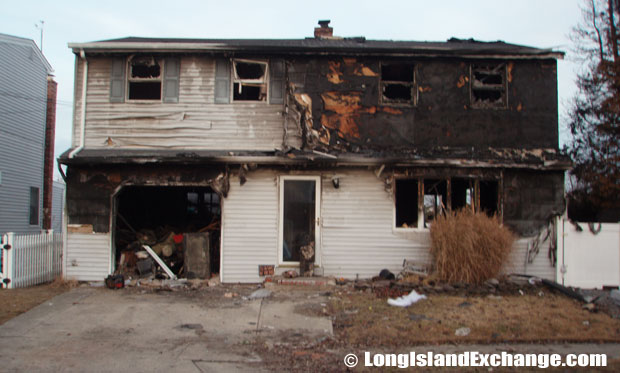 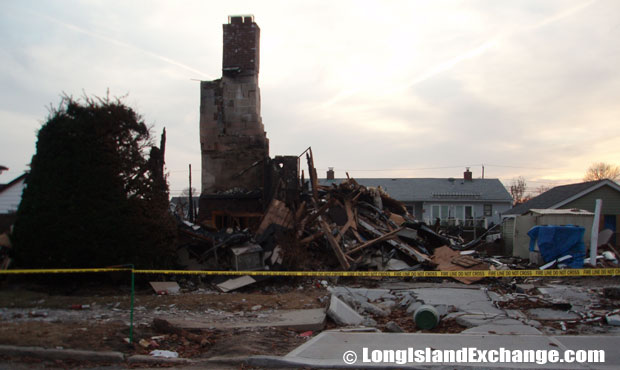 This home was completely burned to the ground with nothing left but its chimney standing. 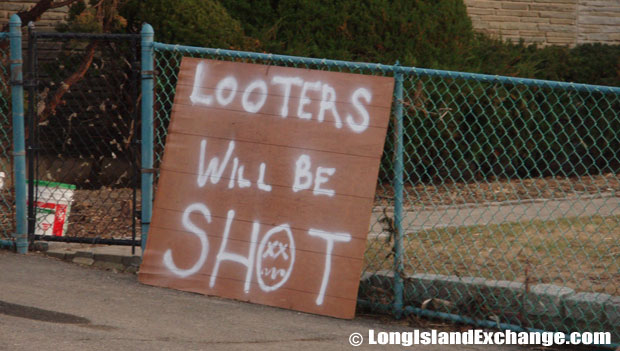 A spray-painted warning message to keep away thugs and looters saying “Looters Will Be Shot”. 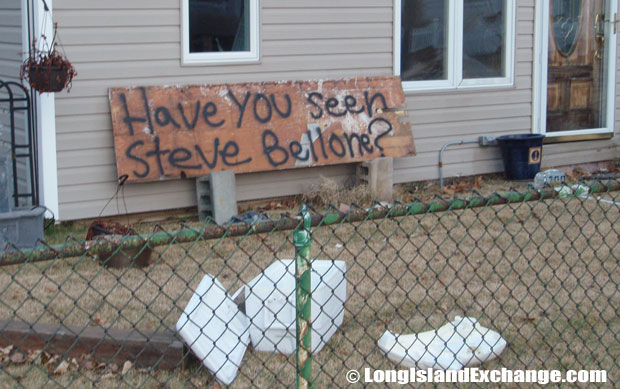 Frustration is evident in a message spray-painted on fallen wood “Have you seen [Executive] Steve Bellone?”. 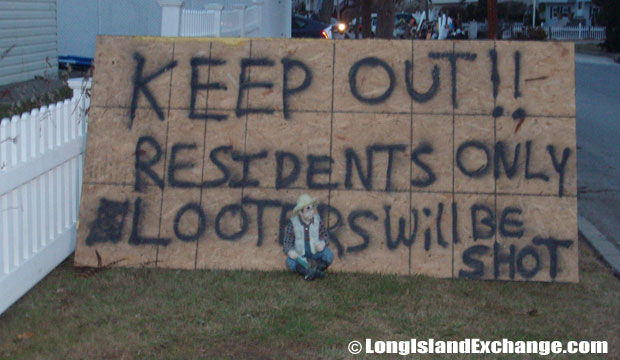 Another spray-painted warning message threatening thugs and looters to “Keep Out, Residents Only”. 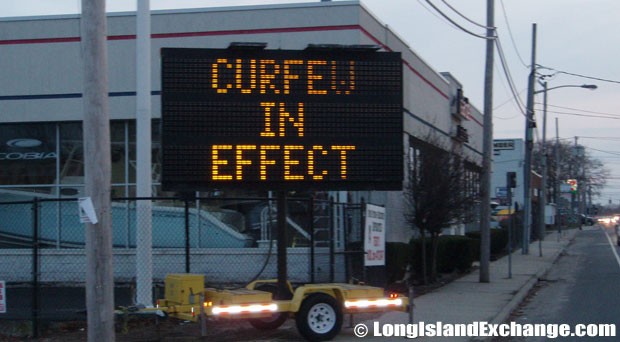 Police enforce a curfew from dusk until dawn in areas along the south shore with violators subject to arrest.

Sandy was the largest Atlantic hurricane in diameter on record, with winds spanning 1,100 miles. (source)

Hurricane Sandy was a devastating storm which affected Long Island when it made its way through the New York Metropolitan area on Monday October 29th 2012. The storm made landfall along the New Jersey coastline near Atlantic City bringing with it 85 mph winds and creating a storm surge in New York City and Long Island of some 7-10 feet. Sandy was downgraded to a post-tropical cyclone before it made landfall, while still maintaining Category 1 hurricane strength.

On Oct 30th, 2012 President Barack Obama declared a major disaster in both New York City and Long Island releasing needed federal funding for residents of the area. The New York area was among the hardest hit, flooding most of the city and outlying areas of Long Island. Power and transportation systems experienced unprecedented damage ($15 billion to $18 billion in N.Y.) and lengthy delays (All three New York City area airports closed with more than 13,000 U.S. flights canceled and all MTA rail and bus services shut down) from flooding, downed trees and electrical outages due to high winds. Military medical personnel were rushed to New York while National Guardsmen and other active-duty units were assigned to work under the Federal Emergency Management Agency (FEMA). High axle vehicles, Humvees, Pavehawk Rescue and Black Hawk Helicopters provided evacuation support to residents in areas which were inaccessible by other first responder vehicles. In all, 2300 troops were deployed in New York City and Long Island to support local emergency responders. Efforts to restore power and transportation are still underway.