No hassle, no lines, NO STRESS. Use MacArthur Airport, you’re vacation starts here.
Islip Macarthur Airport is suggested for simple and stress-free air travel in and out of Long Island. 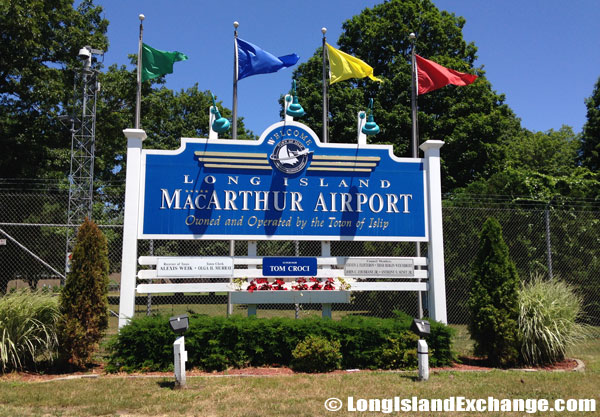 Long Island is also home to Long Island Republic Airport (FRG) and East Hampton Airport (HTO).  Republic Airport, in Farmingdale is located near the Nassau/Suffolk border and serves the transportation needs of private and corporate/business travel aircraft, as well as jet charters and regional commuter operations. East Hampton Airport is located about 2 miles from the village of East Hampton in Wainscott and is most commonly used by private jets visiting the Hamptons.

An airport is an airfield equipped with a control tower and hangars as well as accommodations for passenger and cargo flight transportation. They also serve as a landing and taking-off area for aircraft, with facilities for aircraft maintenance and passenger arrival and departure. Airports are divided into land-side and air-side areas. Land-side areas include parking lots, public transportation train stations, tank farms, and access roads. Air-side areas include all areas accessible to aircraft, such as runways, taxiways, ramps, and tank farms.

The first known usage of the term “airport” appeared in a newspaper article in 1919, in reference to Bader Field in Atlantic City, New Jersey. During World War I, there was increased aircraft traffic which led to the construction of landing fields. Airplanes had to approach these from certain directions and this led to the development of aids for directing the approach and landing slope. The earliest airplane takeoff and landing sites were grassy fields. The plane could approach at any angle that provided a favorable wind direction. A slight improvement was the dirt-only field, which eliminated the drag from grass. However, these only functioned well in dry conditions. They would eventually be replaced by concrete surfaces that allowed all-weather landings in daylight and at night. 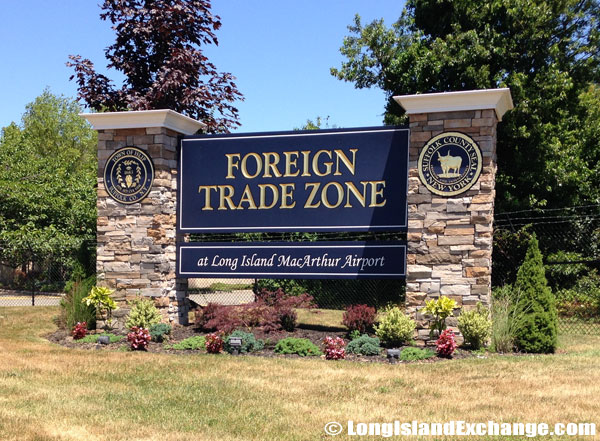 The Islip FTZ, or Islip Foreign Trade Zone has 435,000 square feet of warehouse and office space located on fifty-two acres of land with direct access into Long Island MacArthur Airport.

Long Island is known as the largest island in the United States. At approximately 1,720 square miles, Long Island has had and continues to have, a top-heavy number of airports in comparison to its physical size. It is close proximity to New York City and their favorable topography made it especially good for air flights. Because of the threat of terrorism, Long Island Airports have strengthened their security measures. All carrying bags and items must undergo hand searched. All items carried on-board must fit in your 1 carry-on bag. Everyone must be aware, whenever airport security personnel cannot determine by x-ray of the contents in a package; they will open it, or ask you to open it for inspection. 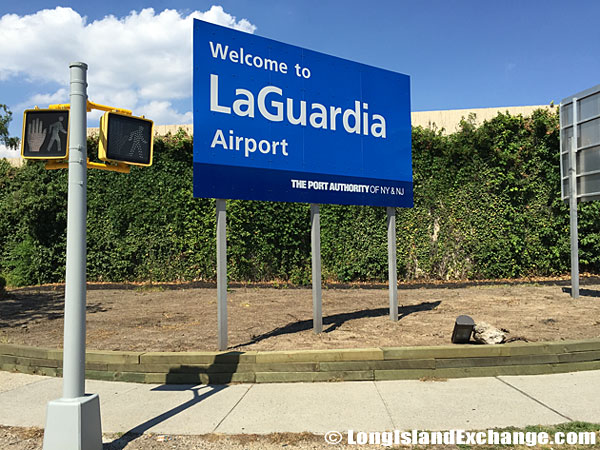 LaGuardia Airport is in the northern section of Queens. The airport is on the waterfront of Flushing Bay and Bowery Bay, in East Elmhurst and borders the neighborhoods of East Elmhurst, Astoria, and Jackson Heights close to the Bronx.

Aside from airport security personnel, there are also police dog units always on patrol. All passengers may be subjected to identification for inspection and questioning about travel plans by professionals trained to identify those fitting terrorist profiles. Only ticketed passengers allowed beyond X-ray checkpoint. No family members or friends will be allowed to accompany customers to the gate. Strictly, no knives or cutting instruments are allowed to carry inside. Increased customer screening is in place at all airports. While a printed confirmation is NOT necessary for check-in at the main ticket counter, a combination of requirements for accessing security checkpoints at every airport have changed.