LONG ISLAND, NY – Are you are wondering where to dine on Long Island or, more specifically, in the Hamptons in the new year? You could try newly opened Manna Restaurant located at 670 Montauk Highway in Watermill (behind the post office). Enjoy a nice cozy evening by a fireplace in the dining room. Walls are adorned with organic art of 3 dimensional Hampton’s landscapes.

For the menu, celebrated Chef Marco Barrila features a multi-regional array of traditional, rustic dishes that change seasonally and focus on local farm-to-table ingredients as well as imported Italian products. This little eatery was formerly Mirkos Restaurant before Celebrity Chef Marco Barrila took over the establishment. 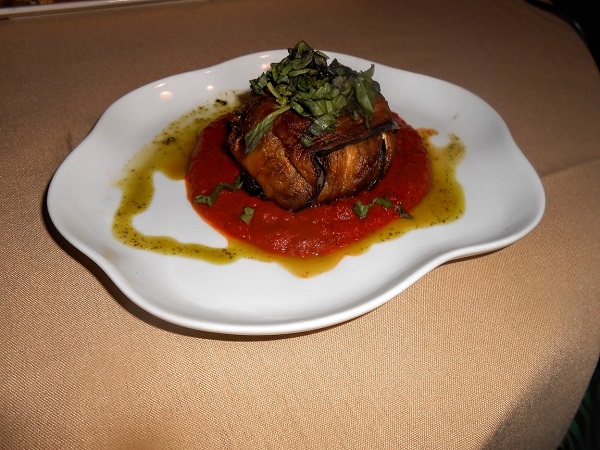 Marco Barrila, born and bred in Messina, Sicily was impressed at an early age by the vast range of regional food dishes. He found his love of cooking at age 13 working in his grandmother’s trattoria “La Caraffa” that dates back to the 1800’s. Before the age of 18, he apprenticed at local butchers and bakeries. Later he enrolled at the Escuola Alberghiera to broaden his experience of international cuisine and to the technical methods of cooking. He remained in Italy until age 24 and then moved to New York City to work in various culinary outlets such as the Paramount Hotel and Carmines before taking over as Executive Chef at Fiorello’s Lincoln Center. Here Marco made a name for himself. In his second year, he was nominated as one of New York City’s Top 40 Chefs alongside chefs Danielle Boulud and Marcus Samuelsson.

Abandoning the city for a weekend holiday trip to the Hamptons, Marco fell in love with the landscape that was similar to his native Sicily. He was quickly offered a new haven with a hotel group and began discovering the astonishing new world of catering and events. He soon began sharing his delicious dishes with the Hamptons elite covering countless charity and multi-media events. Later recruited by Robbins Wolffe Eventeurs as their star executive chef, Barrila cooked for thousands of people during a season of twenty four-carat gold caliber events, including the Ross School Concert Series. 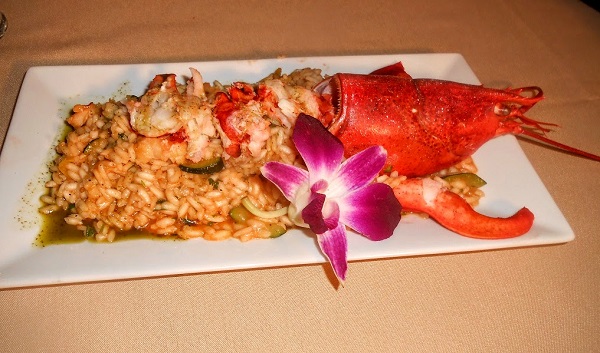 After a ritual change of seasons in the Hamptons, Barrila launched Insatiable EATS, a niche catering company serving sought after international cuisine. Now after five years of success and with a coveted client list, Insatiable EATS has become known as one of the most distinguished and exclusive catering and event companies in the Hamptons. Marco and his creative kitchen team perform for some of the most high profile private parties and annual events on the East End, each distinctly itself, yet happily unified in a highly recognized atmosphere. Insatiable EATS continues to evolve and has expanded with new branches in New York City. Now Chef Marco has decided to make the former Mirko restaurant his home and established Manna to satisfy the appetites of Hamptonites.

Before dinner I sat down with Chef Marco and we talked about his Italian cuisine at Manna Restaurant.

Cognac: Hello darlings I am Cognac Wellerlane and I am here with Executive Celebrity Chef Marco Barrila and we are here at Manna Restaurant located at 670 Montauk Highway in Water Mill, New York…right here in the beautiful Hamptons. I am here with this fabulous chef that has created such fantastic meals for many, many celebrities including Robert DeNiro, Paris Hilton, Kelsey Grammer and a whole load of others that I can’t even begin to finish because there too many to list. We are dining here at his newly opened restaurant. He has prepared a feast for us to dine on. Chef Marco tell my audience what we are looking at right here. Explain these different dishes to us. 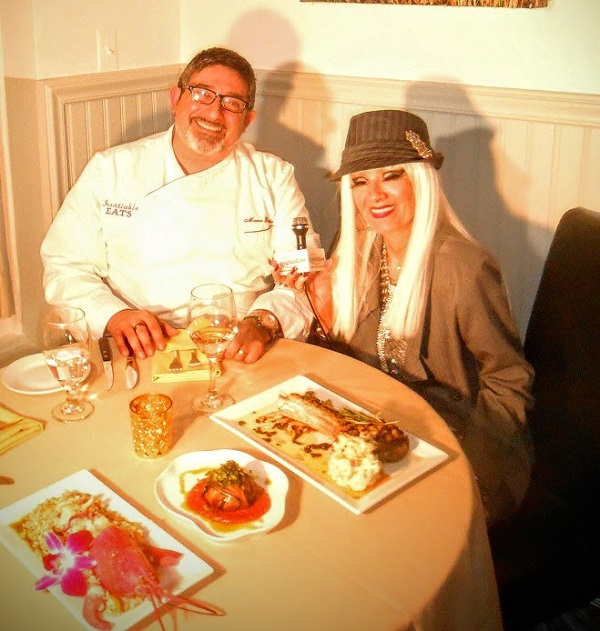 Chef Marco: Starting with this one is the eggplant. I reminded me of my grandmother because I use sheep ricotta imported from Sicily. I use basil and fresh herbs. I use special goat mozzarella. The next on the right is our signature lobster risotto.

Chef Marco: I use Maine lobsters and fresh zucchini like yellow and green zucchini and it is made with lobster broth.

Cognac: No shrimp in that?

Cognac: Only because I am allergic to shrimp actually.

Cognac: You fell in love with the Hamptons, didn’t you?

Chef Marco: Yes because it reminded me of Sicily. The North Fork for the wine and the South Fork for the fish. It is a beautiful combination. I use organic ingredients and I like local farms and if it’s not organic I like natural farms. They produce phenomenal stuff like this with the truffle chop. This is crust-fed veal. It is punched with truffles inside and on the sides.

Cognac: Really truffles inside of the veal chop.

Chef Marco: And then black truffles all around and then we have baby mushrooms served with garlic and rosemary. I like simple. I like simple food. I like simple ingredients. I like to qualify myself as an owner of a European restaurant with a Sicilian twist. 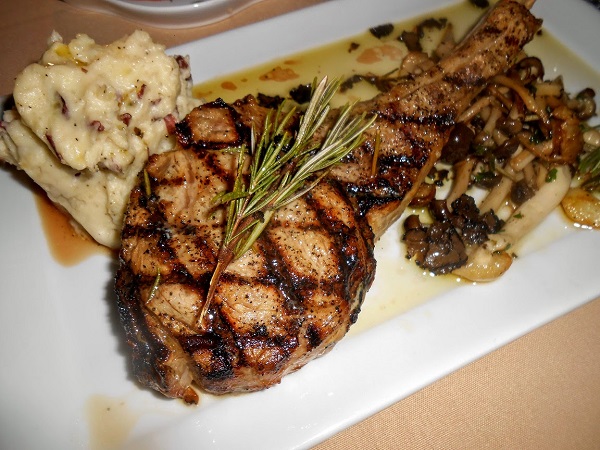 Manna Restaurant is located in the heart of Water Mill. The menu features the best of local farms and seafood as well as exotic imported ingredients. Dining at Manna Restaurant patrons will enjoy a quieter and stylish atmosphere, Manna is the perfect place for business or family dinners and romantic date nights. Manna is the perfect summer spot for cocktail hour and dining alfresco.

Celebrity Chef Marco Barrila offers a multi-regional array of traditional, rustic dishes that change seasonally and focuses on local farm to table as well as imported Italian products. The menu includes signature dishes like grilled octopus, lobster risotto and truffled veal chops. Walls are adorned with organic 3 dimensional Hampton landscape paintings and artwork by local artist Gil Ferrar. Enjoy dining by fireplace in the winter and the outdoor seating for the summer months in the courtyard seating. The restaurant is open year round for private events.