Coney Island is a peninsula located in Kings County on the southernmost end of Brooklyn, New York. It is in the westernmost section of the barrier islands of Long Island about four miles long and one-half mile wide bounded by Seagate to its west, Brighton Beach and Manhattan Beach to its east, and Gravesend to the north.

The area is best known for its amusement parks and sandy beaches which is well maintained and replenished on a regular basis by the city. The majority of Coney Island’s population resides in approximately thirty 18 to 24 story towers, mostly comprised of various forms of public housing. 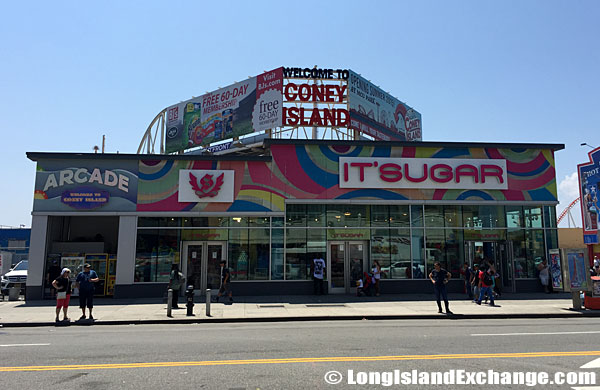 A sign above a popular arcade center welcomes visitors to Coney Island. 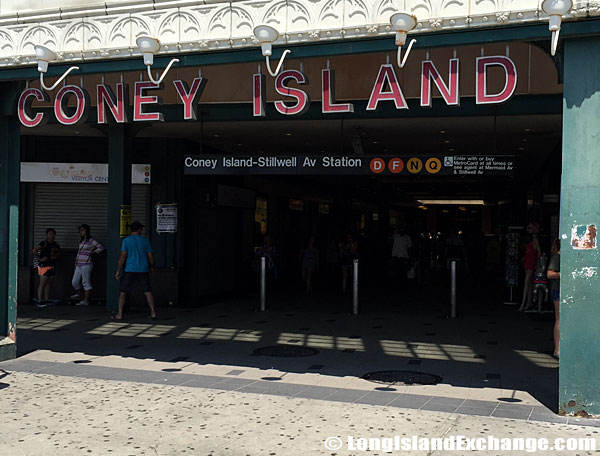 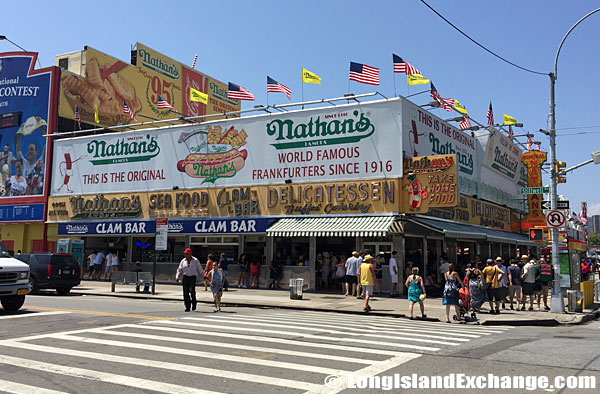 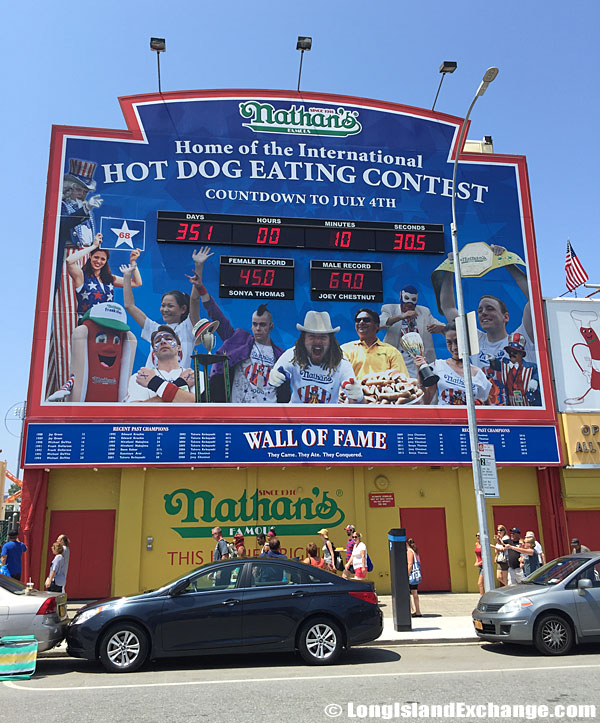 The Nathan’s Famous Fourth of July International Hot Dog Eating Contest is conducted each year in July and attracts competitive eaters on the corner of Surf and Stillwell Avenues in Coney Island.

The Native Americans were the first inhabitants of the area at which time the land was nothing more than desolate sand dunes, clam beds, and wind blown scrub that stretched for five miles along the shore of the Atlantic Ocean. Coney Island is the English adaptation of the Dutch name, Konijn Eiland. The English name “Conney Isle” was used on maps as early as 1690. The community name derives from the Dutch for “rabbit island.” The name was found on the New Netherland map of 1639 by Johannes Vingboon. It was virtually overrun with rabbits, and rabbit hunting was common until the resorts were developed and most open space eliminated. In 1920, there was a big change in Coney Island especially when the New York City subway was built. After a few years, a Boardwalk was built to accommodate visitors and increase business. 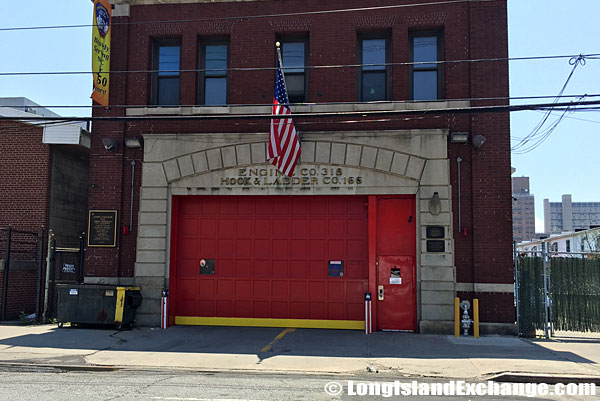 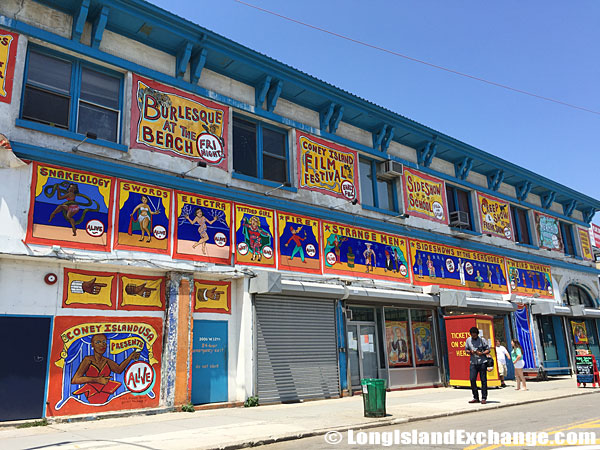 The Coney Island Circus Sideshow, the last traditional 10-in 1 continuous sideshow performing in a circus or amusement setting includes a cast of live professional performers. 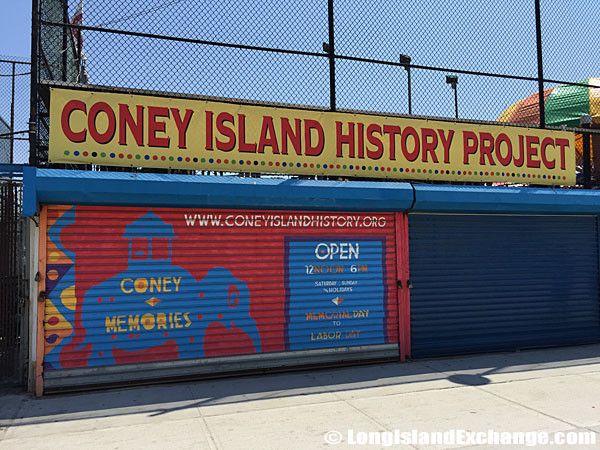 The Coney Island History Project, a not-for-profit organization that aims to increase awareness of Coney Island’s legendary and colorful past and to encourage appreciation of the Coney Island neighborhood of today. 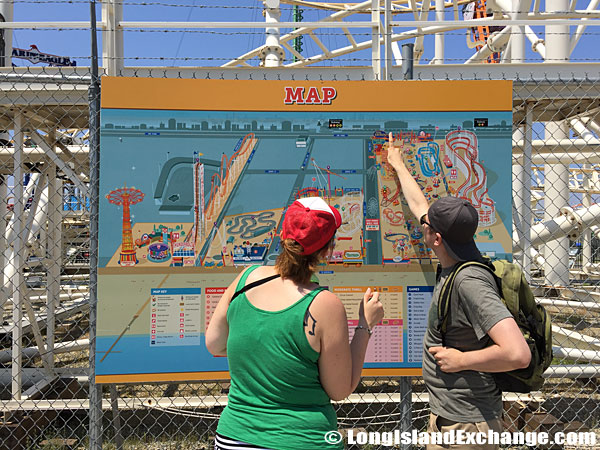 A couple check the Amusement Park Map and point to where they are at this moment in time.

The area was once home to many Jewish residents; most of those living on Coney Island today are African American, Italian American, and Hispanic. Well-known residents include Arlo Guthrie (folksinger), Harry Houdini (magician), and NEMS (American rapper). Coney Island claims to be birthplace of the hot dog. In fact, the name is used as a slang term for a style of chili hot dog topped with a dry meaty chili, then mustard and sweet onions which are very common in Michigan. 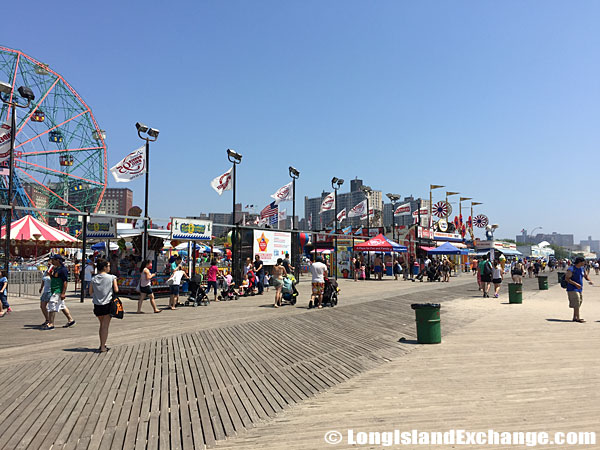 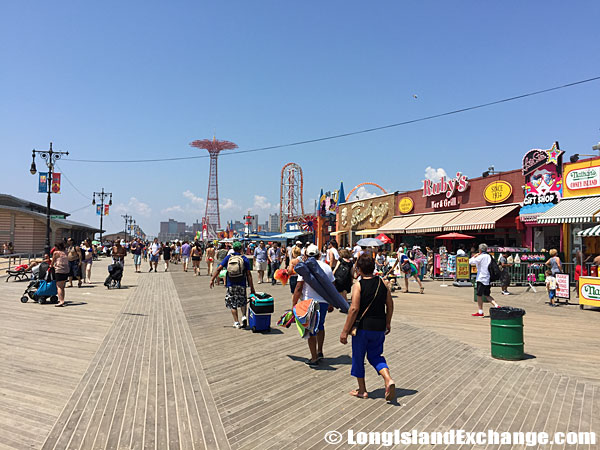 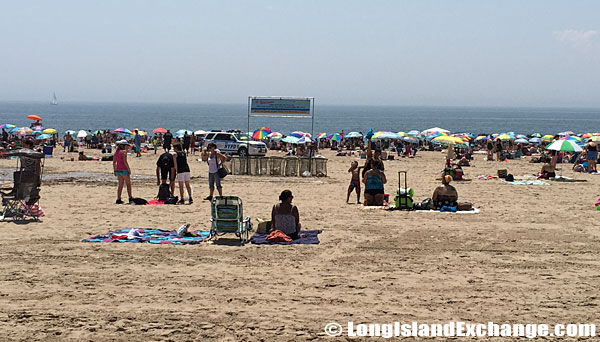 A look off of the Boardwalk at Coney Island. With nearly 3 miles of sandy beaches, Coney Island offers an ideal summer respite from the hectic and steamy city. 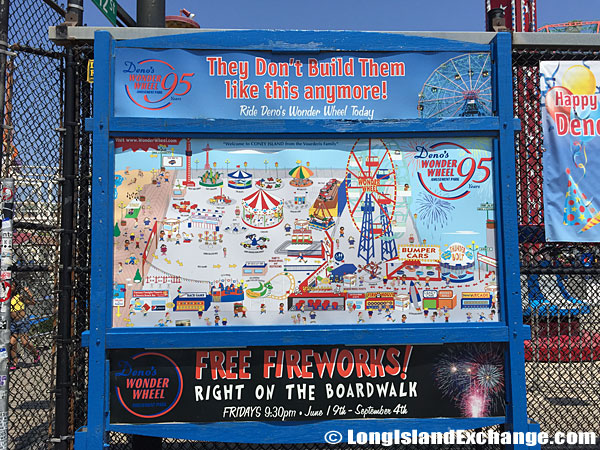 Fireworks shoot off at 9:30pm every Friday night during the season. Fireworks generally start the last weekend in June and conclude the Friday before Labor Day.

The area is a major resort and site of the famous Coney Island Astroland Amusement Park. Coney Island was known to be the largest amusement area in the United States attracting several million visitors per year. Three competing major amusement parks include Luna Park, Dreamland, and Steeplechase Park. Today, Coney Island’s Astroland Amusement Park is the last amusement park operating there. Classic rides at Astroland such as the world famous Cyclone roller coaster still stand and are in service. Another Coney Island attraction is “Shoot the Freak,” in which patrons shoot paintball at a live human target. Coney Island offers luxurious and elegant houses with apartments starting at approximately $350,000 and studios which rent for $1,200 to $2,400. 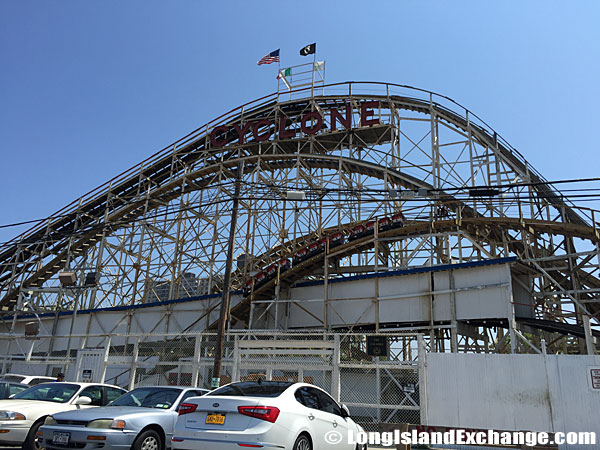 Coney Island’s classic ride, the world famous Cyclone roller coaster still stands and is in service at $9.00 per ride. 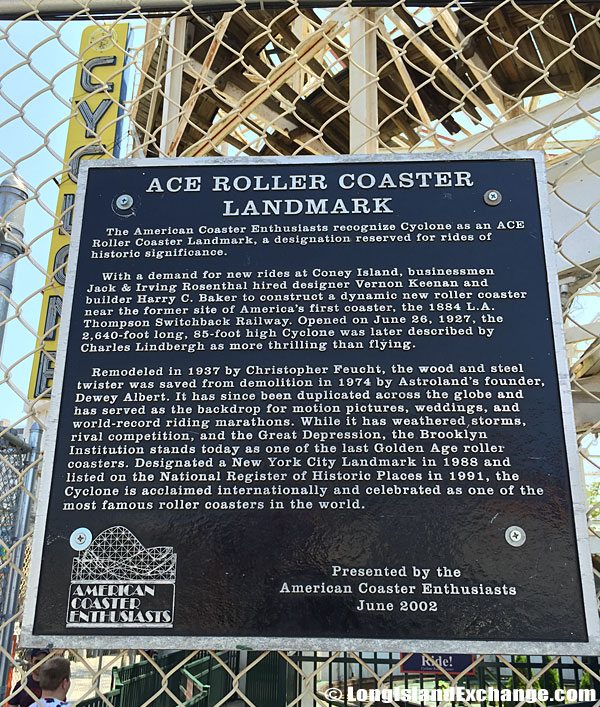 The Cyclone, a historic wooden roller coaster that opened on June 26, 1927. It was declared a New York City landmark on July 12, 1988, and was placed on the National Register of Historic Places on June 26, 1991. Cyclone is also recognized by the American Coaster Enthusiasts, the world’s largest ride enthusiast organization.