Brighton Beach is a community on Coney Island located in the borough of Brooklyn, New York City and physically located on the western end of Long Island, New York. It is bounded by Coney Island at Ocean Park to the west, affluent, but non-gated Manhattan Beach at Corbin Place to the east, Gravesend at Neptune Avenue to the North, and the Atlantic ocean to the south.

The neighborhood has a distinctively ethnic feel – akin to Manhattan’s Chinatown. Its middle-class, aging population is mostly Jewish, with 68.5 percent non-Hispanic white, 17.3 percent non-Hispanic black, and 11.7 percent Hispanic. Brighton Beach is a colorful, lively place, and many find it an interesting place to visit. Elevation is 10 feet. 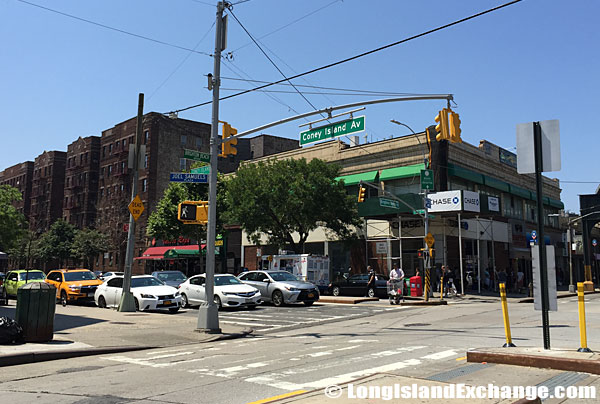 The community was named for a British resort and developed as a seaside resort by William A. Engeman after the Civil War in 1868. It was a popular resort for sun seekers from faraway Manhattan and the Bronx. European Jews were the first to discover the maternal protection of Brighton Beach. Many residents now are prosperous and powerful members of the Jewish community knowing that their ancestors were first settled in Brighton Beach, which they first arrived in the United States over a century ago. However, living in the Soviet Union during its last decades made them, in many ways, culturally distinct from the Jewish immigrants that moved to the neighborhood decades earlier. In 1980s, many Russian immigrants settled here. Evidence of their impact can by seen in the Cyrillic signs and the restaurants serving blintzes, borscht, and vodka. 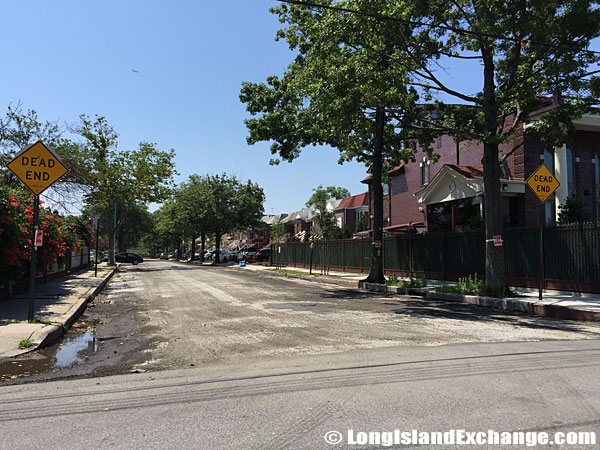 A side-street off of Shore Boulevard near Manhattan Beach.

Notable people living in Brighton Beach include Buddy Rich (drummer), Mel Brooks (comedian, actor, producer), and Neil Sedaka (singer, composer). Brighton Beach is also home to many other ethnic groups. In fact, there is a mosque where Muslims (mostly from Pakistan and Bangladesh) pray located on Brighton 7th Street and Neptune Avenue, and another between Brighton 8th Street and Banner Avenue known as Al-Arqam. Nearby areas are sometimes called “Pakistani Brighton”. There are plenty of Polish, Georgian, and Russian residents but relatively few Italian-Americans or African-Americans remaining. The community is served by the New York City Department of Education. The standardized test scores are generally high for grade schools students in the neighborhood and met the standard in reading and 60 percent in math in annual tests administered by the city and state.

Brighton Beach is full up with restaurants, food stores, cafes, boutiques, and banks located primarily along Brighton Beach Avenue and its cross streets. The White Rook Chess Club brings the intellectual game at which many Russians excel to Brighton Beach. The Russian Community Life Center has regular cultural shows of chamber music and other forms of the Performing Arts. The community has admirable influence on Brighton Beach on parameters other than sheer entertainment.