LONG ISLAND, NY – A full night was planned for a group of ticket holders at the Gala level, which included sound check in the balcony, a cocktail party backstage and a dessert reception in the lobby with a chance to mingle with Celebrity Irish Tenor Ronan Tynan at the Annual Fundraiser Gala for the Patchogue Theatre in Patchogue NY on Saturday April 25, 2015.

Irish tenor, recording artist, physician and champion disabled athlete Ronan Tynan moves audiences like few others can. His stirring performances and personal story of triumph have brought him international fame. The New York Times called him “the closest thing this country has to an official Meistersinger.” 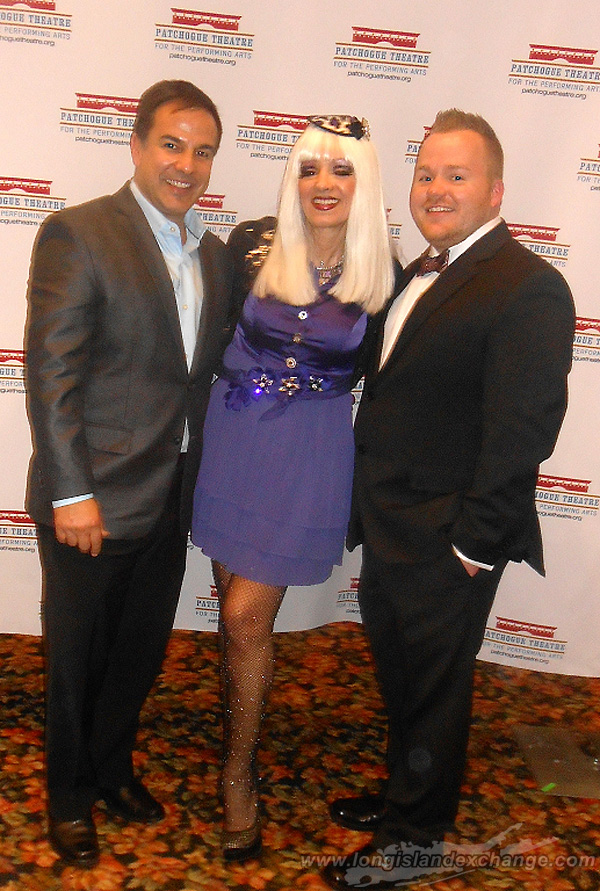 Tynan has performed at historic events including Ronald Reagan’s funeral and the Inaugural Prayer Service at the National Cathedral. His memorable renditions of “God Bless America” have been heard at the World Series, The Belmont Stakes and other momentous events. Dr. Ronan Tynan returned to Patchogue Theatre for the performing arts venue’s annual gala fundraiser event. All proceeds directly benefit programming at Patchogue Theatre.

I had the special opportunity before his performance to interview Dr. Tynan. Below is our interview:

Welcome back darlings. I am here at the Patchogue Theatre Gala with Celebrity Irish Tenor Dr. Ronan Tynan.

Ronan: How are you?

What a pleasure to be here with you!

Ronan: Yes and with you. You look tremendous!

Yes. Tell my audience darling about his event tonight. This evening what can we expect and what is it really all about?

Ronan: Well this is the gala that Patchogue Theatre puts on every year and Clara this year asked me would I do the gala and I normally sing in February for them which for me I have a great troupe of fans that come out every February and she asked me if I would do the gala and I said “Sure.” So she said “Can we put in different types of music,” and I said “Yea, we can do that.” and in the process of thinking about it, I decided maybe we should do something a little different. We should put in some Broadway, some stuff I would kind of encourage that is different. Naturally I would want to sing some Irish but it’s not all Irish by any matter of means. We will sing the big Irish numbers but I want to do some Broadway, some opera and contemporary.

You sing so beautifully. Really!! How many years have you been singing?

Ronan: Since I was thirty-three. I started my life as a medical doctor.

Ronan: Music? No, no

So, you really are a medical doctor. What kind of medicine do you practice?

Oh my goodness, which brings me to my next question. You were born with a disability?

Tell my audience what that disability is.

Ronan: Well I was born with a disability called phocomelia which basically means failure of the lower limbs to develop properly and both feet were split but I was very blessed. I had two amazing parents who kind of directed me in the sense of not self pity and striving for what I could achieve. I had a mother that was forfeit, so driven that I sometimes think there are no adjectives that could describe her. I had a father that adored mo to death!

She didn’t want you to feel sorry for yourself.

Ronan: Absolutely not, but I mean she loved the idea, the fact that I became a doctor. She wasn’t so sure about the singing. She believed singing was a no vocation not a vocation.

I came from a very strict old fashion Italian family and they didn’t believe in show business. It was like get married, have babies and forget about this.

Ronan: You know I think parents invest in their children. They want the fruit of the work or the education to show and their son decides “OK, I am going singing,” that is a bit of a shock but my father loved the idea. Mom , I am not so sure.

Tell my audience out of all your performances, did you have a specific performance that you found was the most challenging?

Ronan: I think one of the biggest challenges I have ever had was to sing at the Reagan Funeral.

Ronan: I was the only soloist there. We had been in the cathedral from 5:30 in the morning and I didn’t sing until 11:00 so I didn’t even have a chance to warm up. It was fairly challenging.

Really, but you toured all over the world….

Ronan: I have but I mean, I don’t think your ready for something as big as that with an audience of forty-nine million.

Ronan: Thirty-nine presidents and top people from all over the world attended this man’s funeral so it was a big deal.

I am sure it was. You are going on to do more things. Can you tell my audience where your next tour is going to be.

Ronan: Well I kind of are in the middle of a lot of stuff. I also teach in the University in Kentucky at two semesters every year. I am getting ready to do two more albums. I am kind of in the middle of tour at the moment in the sense of eight dates in the next three weeks and I suppose that’s really a tour in itself.

Tell my audience where we can go to find out more information about you. What is your website?

Dr. Tynan also treated the audience to a surprise performance of one of his students singing, Rebecca Farley. The talented Ms. Farley really stole the show and captivated the audience with many songs including her rendition of “The Hills Are Alive With The Sound of Music.”

During my interview with Ms. Farley, she revealed “About five years ago I had my first lesson with him and he really encouraged me to let me realize my own potential and we stayed connected through the years. I am very happy to share this performance with him tonight.” 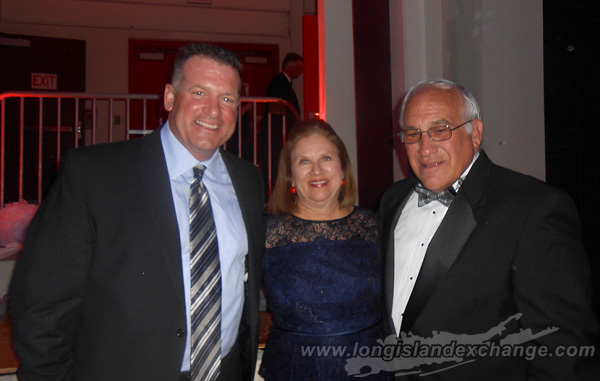 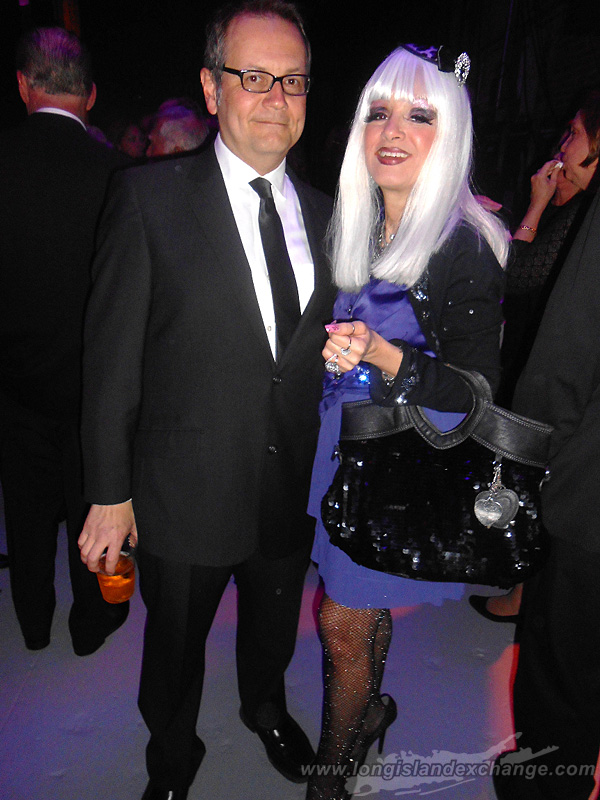 Patchogue Executive Director of the Chamber of Commerce David Kennedy and Cognac at the Patchogue Theatre Gala, Saturday April 25, 2015. 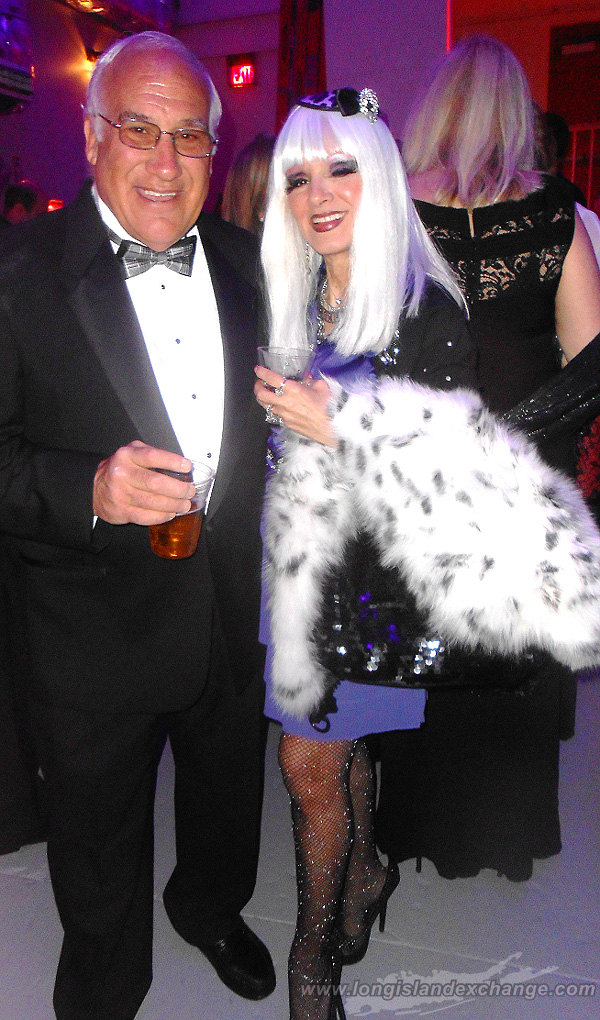 Mayor Paul Ponteri of the Village of Patchogue and Cognac at the Patchogue Theatre Gala, Saturday April 25, 2015.