Patchogue is a village located in Suffolk County, on the South Shore of Long Island, New York. It is within the Town of Brookhaven. The general border lines of Patchogue Village are Blue Point on the West, Roe Boulevard on the North, Bay Avenue on the East and the Great South Bay on the South. It is about 55 miles east of Manhattan. The village government consists of a Mayor and six Trustees. The Blue Point Brewing Company opened in Patchogue in 1998, and is the only commercial brewery on Long Island. 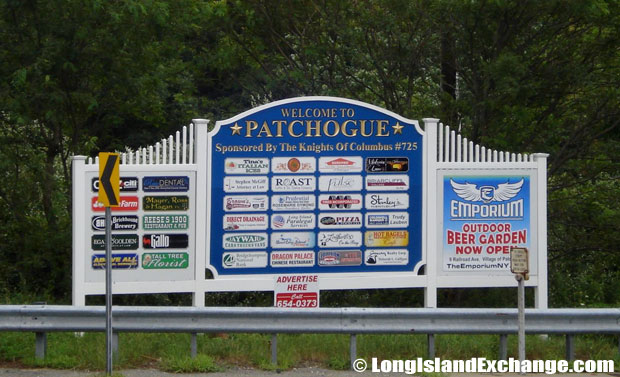 A sign welcomes visitors and residents to Patchogue, a village in Suffolk County, on the South Shore of Long Island. 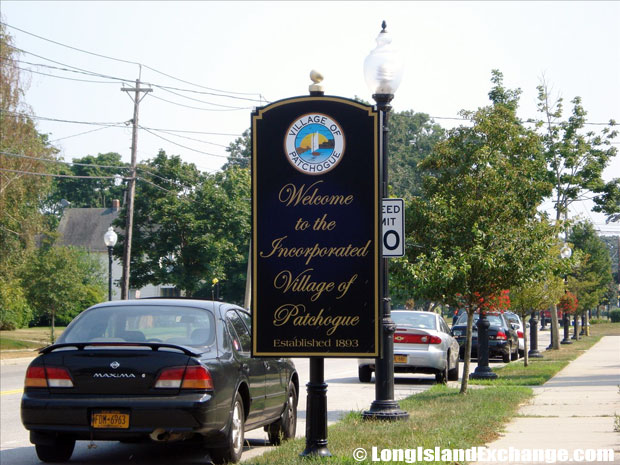 A sign on the side of the road welcomes visitors and residents to the Village of Patchogue Incorporated in 1893. 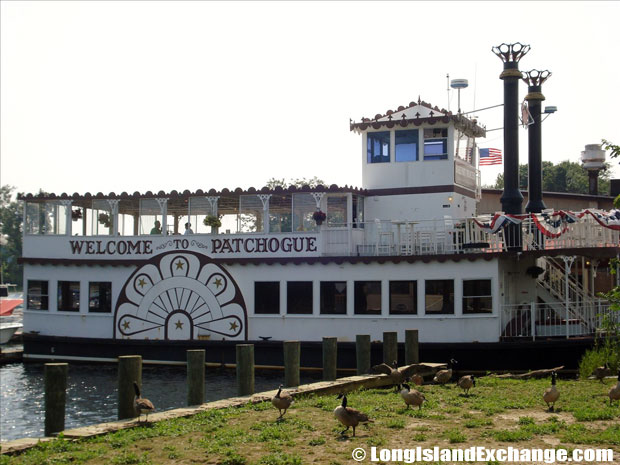 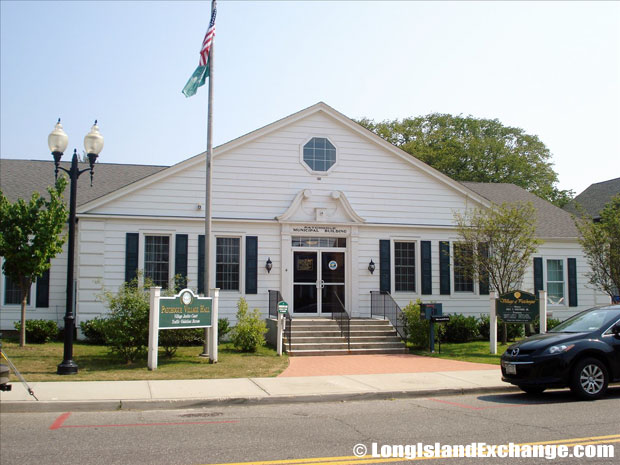 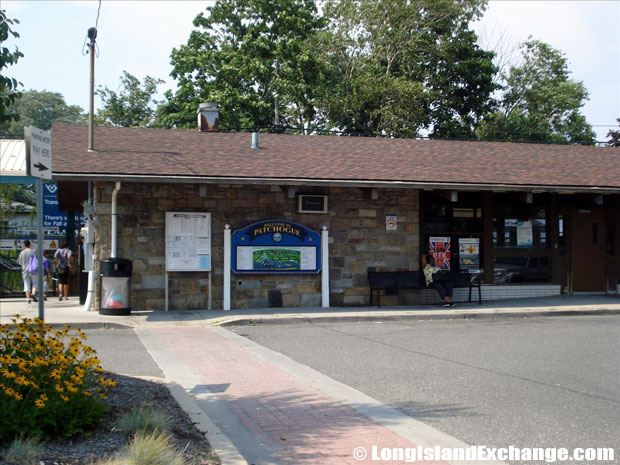 Patchogue Train Station, on the Montauk Branch if the Long Island Rail Road. 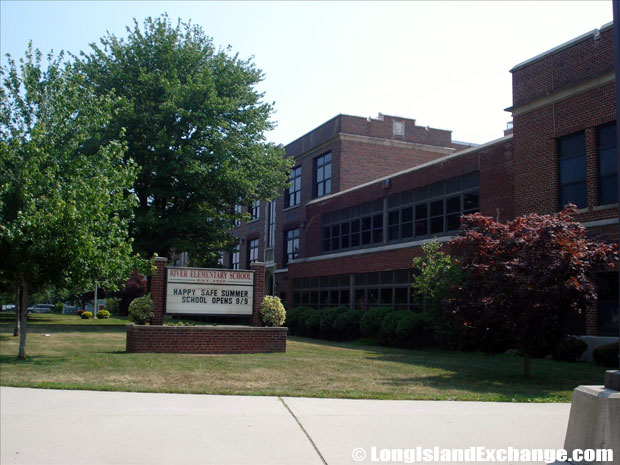 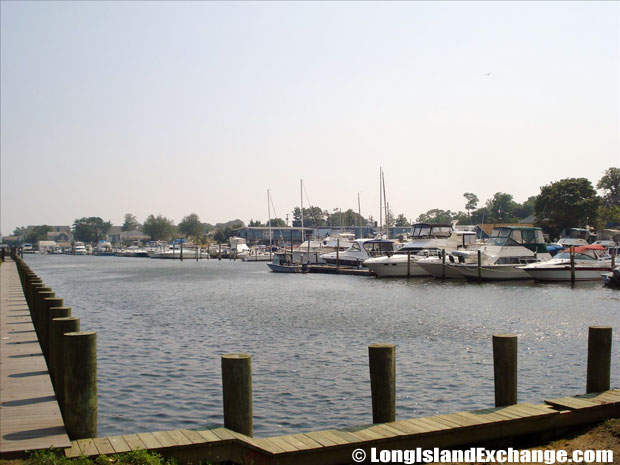 Some people say the community was named for an Indian tribe; others say it derives from an Indian term for “turning place” or “where they divide in two,” referring to two rivers. Its history dates from 1664, when Connecticut Gov. John Winthrop bought “nine necks of land” extending from Great South Bay to the middle of the Island. Some were sold to Humphrey Avery of Boston, who was in need of cash and disposed of them by lottery. In 1759, the “lot” became Patchogue and won by Leoffer d’Leofferda. The area was once a lace-manufacturing center and grew as a summer resort until the advent of the automobile. Patchogue became an incorporated village in 1893. 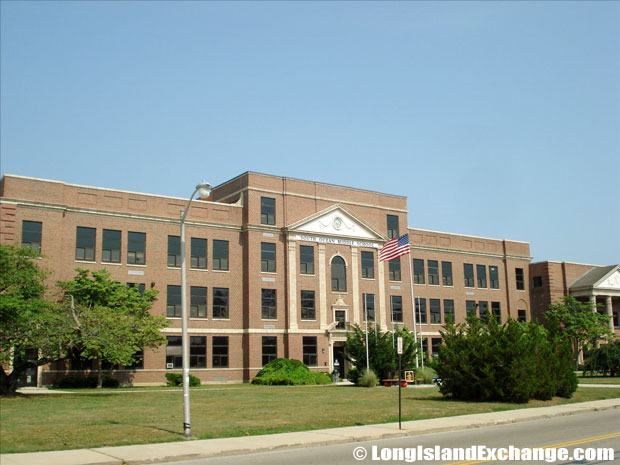 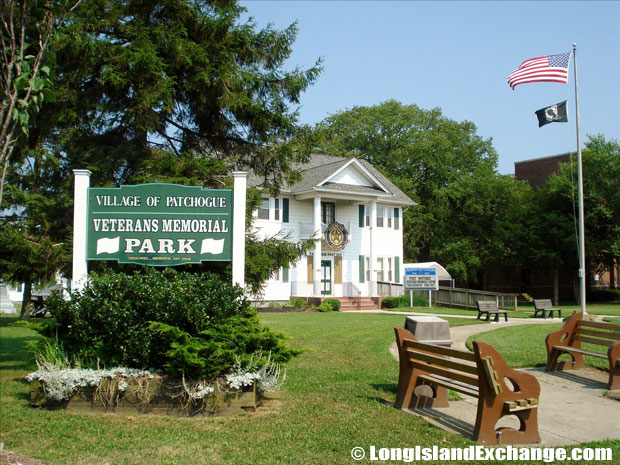 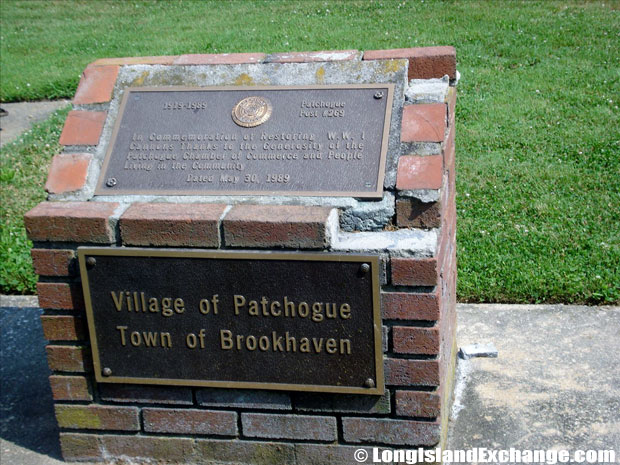 Patchogue Memorial in commemoration of restoring of WW! cannons thanks to the Patchogue Chamber of Commerce and the people of the Patchogue community. 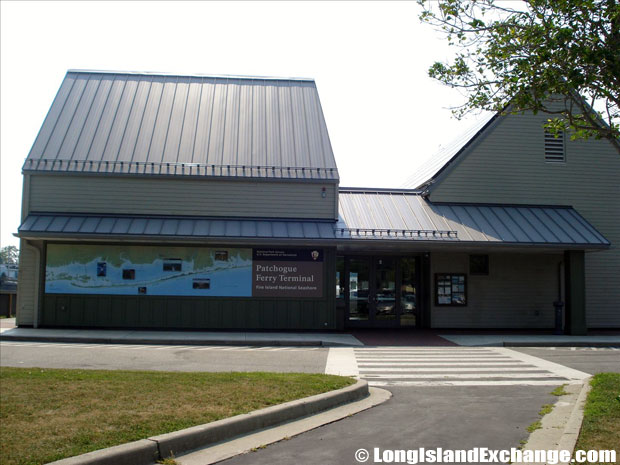 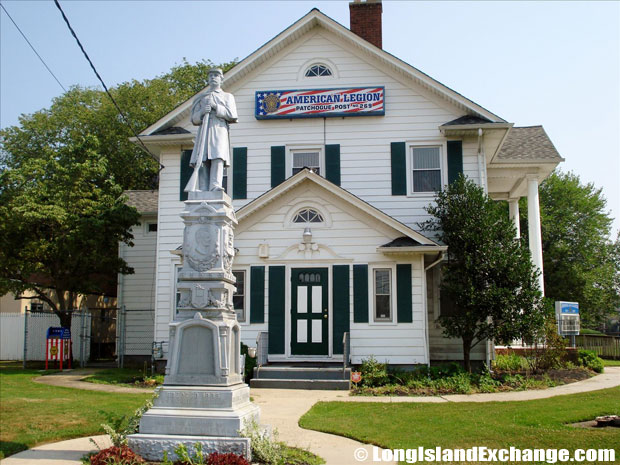 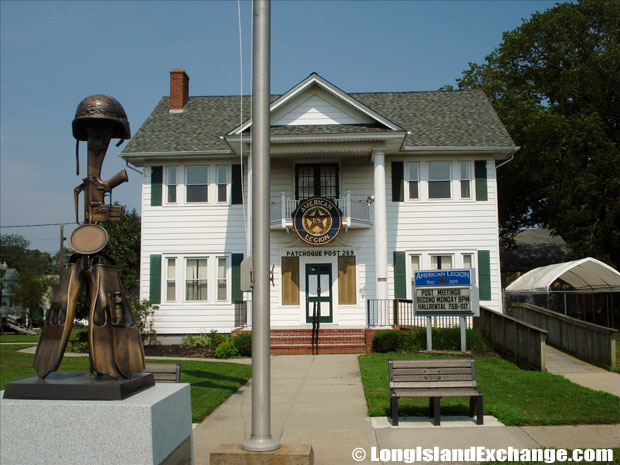 Two colleges make Patchogue their home – St. Joseph’s College and Briarcliff College. Patchogue and the adjacent hamlet of Medford also share a library. The library has numerous collections of books and volumes with complete modern facilities for research. If you want to relax and entertain, the Patchogue Theatre for the Performing Arts is the best option to a local venue for plays and the like. At one time a movie theater, it has been fully renovated and seats more than a thousand. The lobby can hold receptions and has a full service bar. Patchogue is among of the finest downtown shopping districts on Long Island. In addition to the fine mix of retail stores, there are fine restaurants, banking facilities, professional offices to serve all residents in the area.