Ocean Parkway is a 15.59-mile parkway which runs through both Nassau and Suffolk, on the South Shore of Long Island, New York. Ocean Parkway begins at Jones Beach State Park, where the Meadowbrook State Parkway connects with the Bay Parkway. Approximately one mile to the east, Ocean Parkway encounters the Wantagh State Parkway at the Water Tower traffic circle. For the next 13 miles, the parkway crosses beachfront communities, local beaches and Gilgo State Park.

The parkway intersects the Robert Moses Causeway at a cloverleaf interchange before terminating at Captree State Park. Ocean Parkway is a barrier island location, and it is subject to frequent closures during winter months. The parkway is a fragile beach dune, some only five feet high that separates it from the beach and the Atlantic Ocean. It is designated New York State Reference Route 909D, an unsigned reference route. 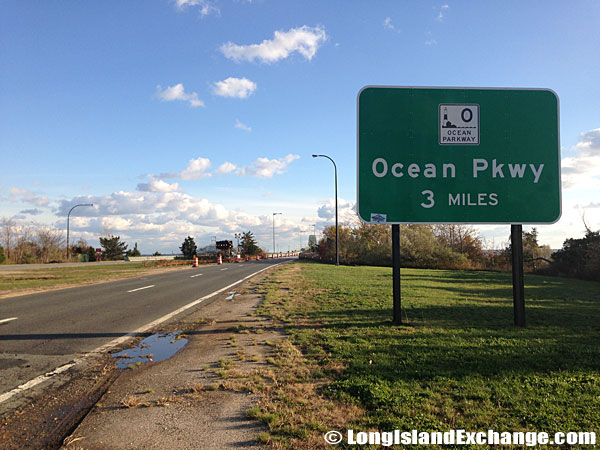 A sign on Robert Moses Causeway south alerts drivers that Ocean Parkway is coming up in three miles. In the distance is Robert Moses Bridge. 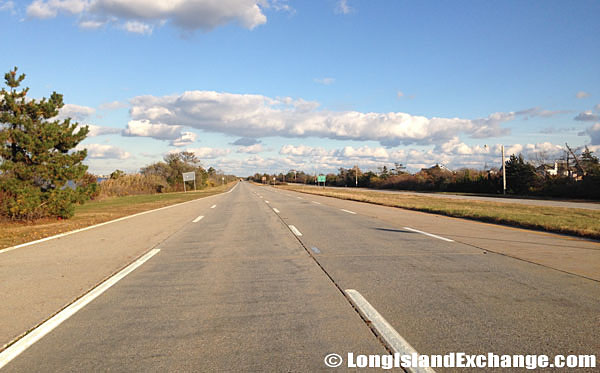 Headed west on Ocean Parkway, a 15.59-mile parkway which runs through both Suffolk and Nassau counties. 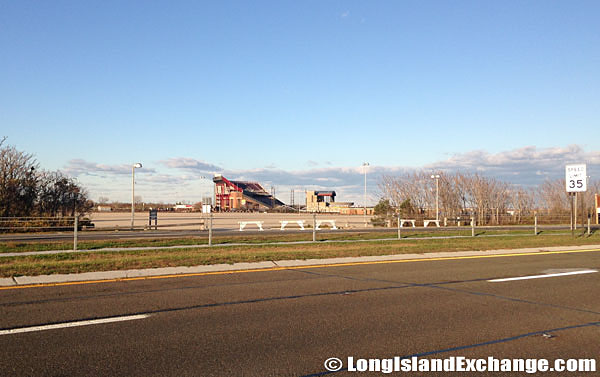 Looking north from the south side of Ocean Parkway across from the Jones Beach Theater.

The parkway was constructed in the early 1930s to serve mainly Jones Beach State Park and other barrier beaches in the area. Ocean Parkway is considered by many as the crown jewel of the Long Island parkway system. It is one of the more unusual parkways of Long Island, with most of its exits not being to freeway standards. There had been plans to extend the parkway to nearby Fire Island, and two attempts were made to authorize construction. However, residents resisted the plan due to economic and environmental reasons. The park legislation in the 1960’s blocked further plans to extend the parkway. 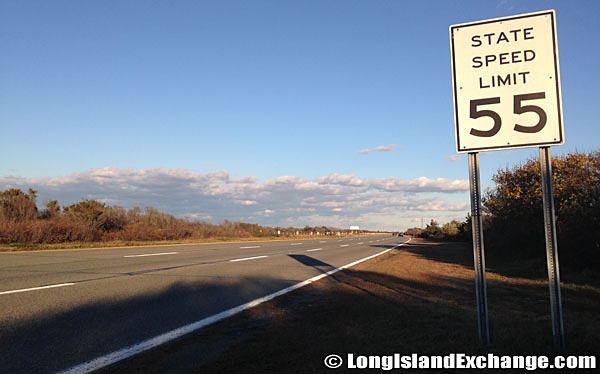 The speed limit on Ocean Parkway is 55 miles per hour, the same speed as all parkways and highways across Long Island. 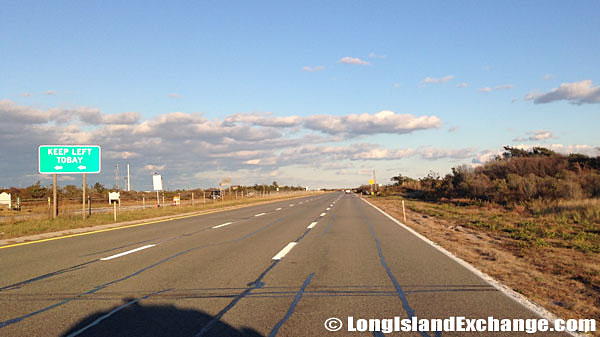 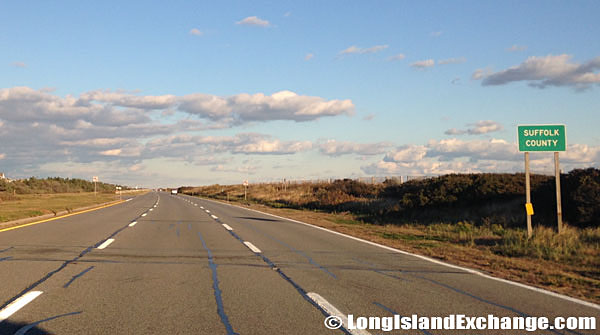 Most of its original design characteristics have maintained well, which reveals sweeping vistas of the Long Island mainland, Great South Bay, and the Atlantic Ocean. Ocean Parkway was structurally built with two 24-foot-wide roadways furnishing two lanes in each direction. A third lane is provided in the eastbound direction from the Meadowbrook State Parkway in Nassau County east to Gilgo State Park in Suffolk County. The two roadways are separated by an erratic median covered with beach grass. 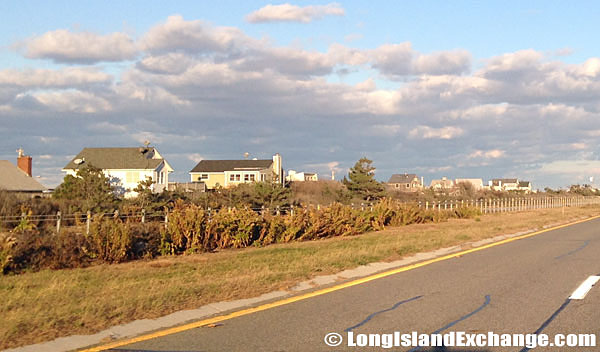 Heading east on Ocean Parkway, beach homes near Gilgo Beach appear to the left, across the parkway. 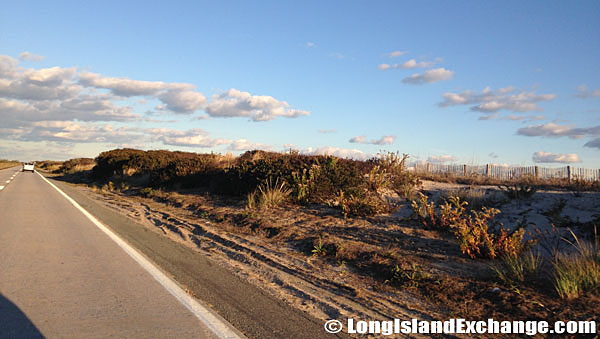 The parkway was constructed in the early 1930s to serve mainly Jones Beach State Park and other barrier beaches in the area.

Ocean Parkway is one of the few parkways in the New York State whose entire length allows truck traffic, although for local deliveries only. This is because an exemption to the “No Trucks” regulation was made for any length of parkway that lies south of either Merrick Road or Montauk Highway (Nassau County Route 27A and New York State Route 27A). Strictly, no other truck routes south allow to pass of this route, making the parkways the default route for deliveries to the beaches. 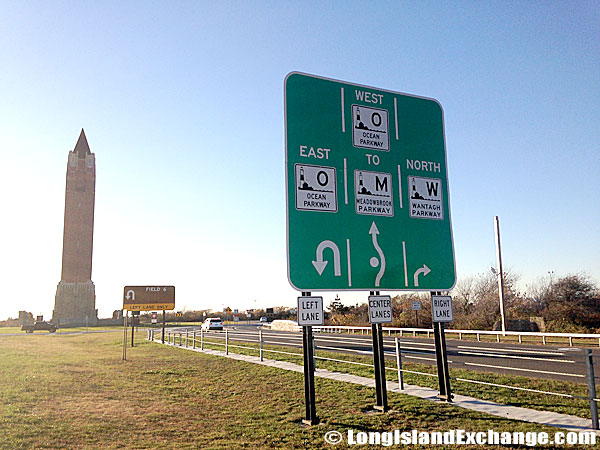 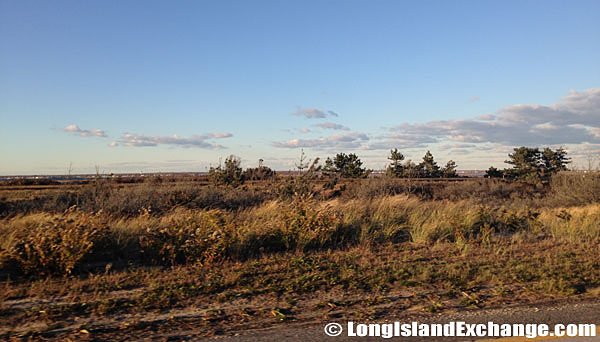 Ocean Parkway is considered by many as the crown jewel of the Long Island parkway system. It is one of the more unusual parkways of Long Island, with most of its exits not being to freeway standards. 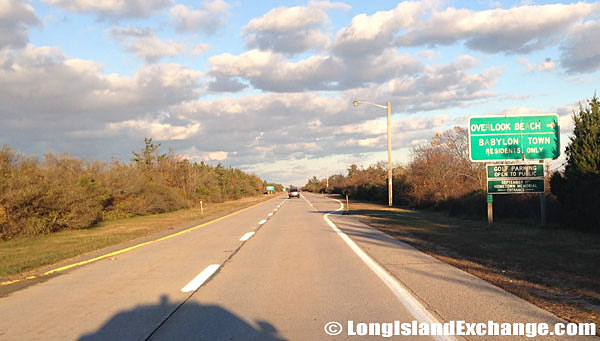 The New York State Department of Transportation (NYSDOT) had a project to improve the highway lighting on all parkways south of the Southern State Parkway especially Ocean Parkway. In fact, they also plan to construct a 14.4-mile-long bike-way, which will eventually connect to the Long Island mainland via bike-ways along the Wantagh State Parkway and the Robert Moses Causeway; the plan is to complete the path by 2021.