Belle Terre is an incorporated village located in Suffolk County, on the North Shore of Long Island, New York. It is within the Town of Brookhaven.

Belle Terre benefits from easy access to the nearby cities and towns with which it shares the Nassau – Suffolk area. It takes 30 minutes on the average one-way commute in Belle Terre. About 87% of commuters drive their own car alone. 3% carpool with others. 4% take mass transit and 5% work from home. 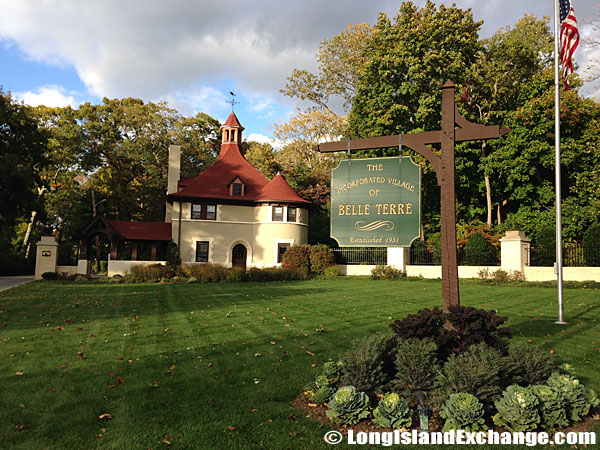 The entrance to the Incorporated Village of Belle Terre, first established in 1931. 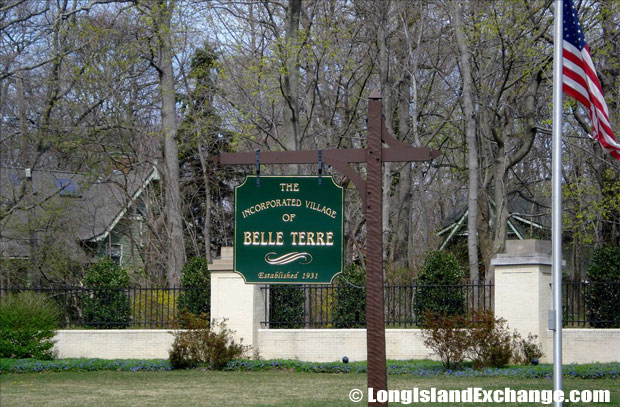 A sign welcomes visitors to the incorporated village of Belle Terre, located in Suffolk County on on the North Shore of Long Island New York. 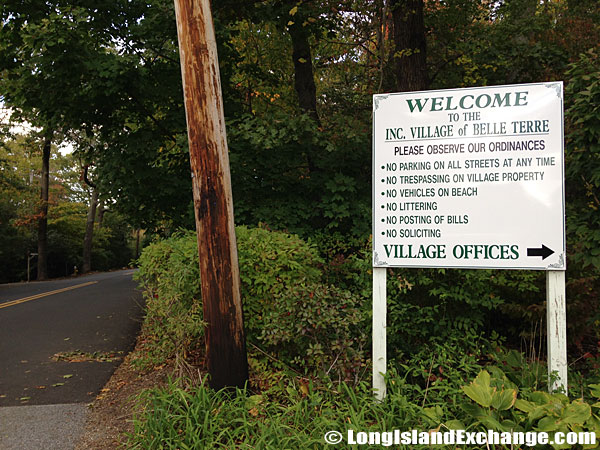 A sign outside the Village Offices details some of the ordinances of the village which must be followed. 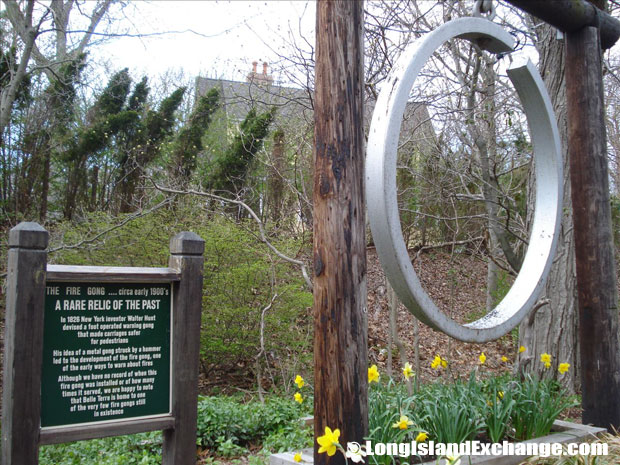 Belle Terre Fire Gong, a rare relic of the past. 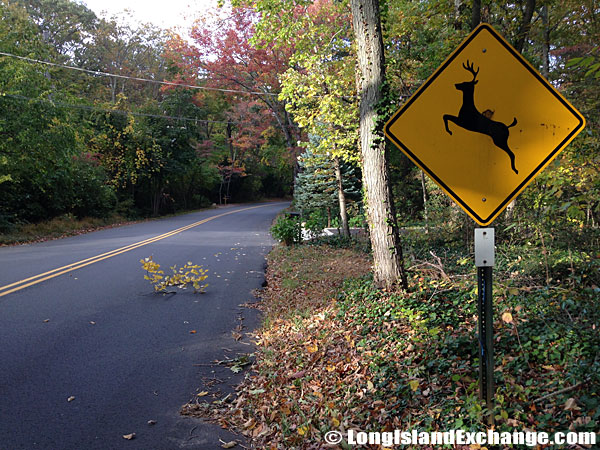 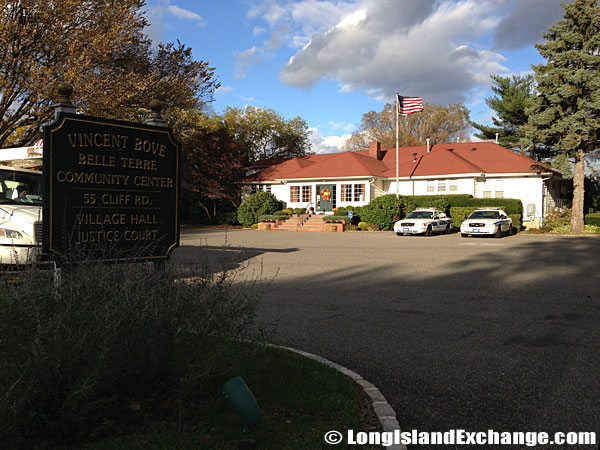 The village has a mix of several types of housing. Recently 97% of the livable housing units were owner-occupied. Families (non-single residences) stand for 83.2% of the total population, giving Belle Terre a higher than average concentration of families. According to research in New York, there were three (3) registered sex offenders in the area (11777 Zip Code) in 2013. 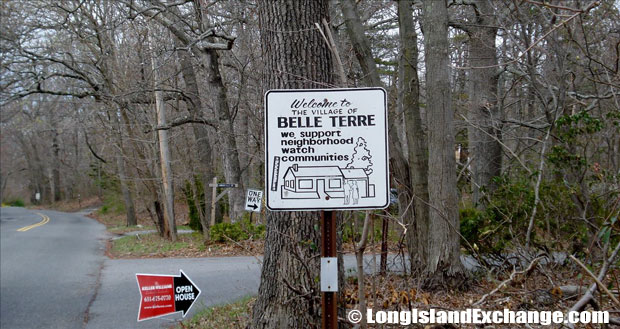 Another sign which welcomes visitors to the incorporated village of Belle Terre, a community which supports neighborhood watch programs. 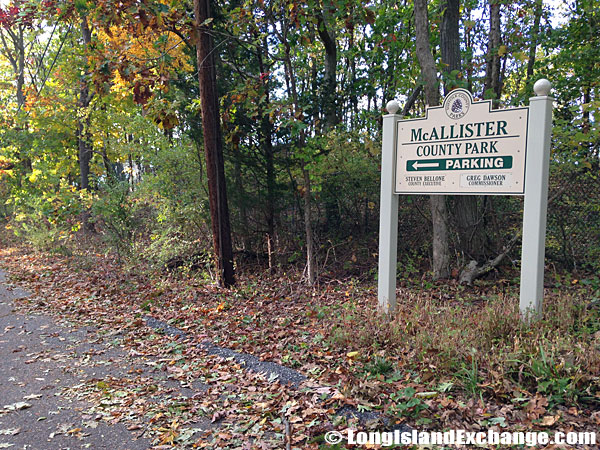 A sign for McAllister County Park is shown here pointing drivers towards the left. 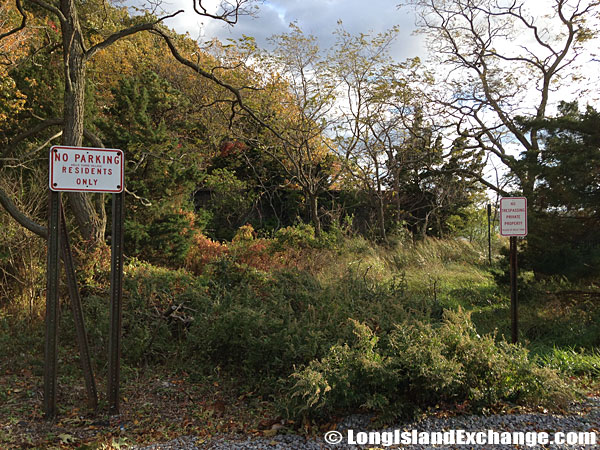 No parking here, Village of Belle Terre residents only area.

The village has a very low crime rate which makes Belle Terre a very safe place to live. The local government officers in Belle Terre are very strict in implementing their ordinances regarding noise, pets, garage sales, limited tree trimming and cutting, and posting signs. 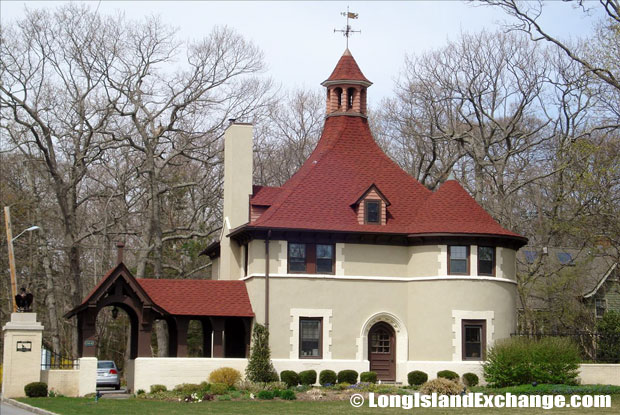 Belle Terre, french for beautiful land, has just over 300 homes ranging from modest ranches to grand Tudors on an acre. They rest beyond this fortress-like gated entryway. 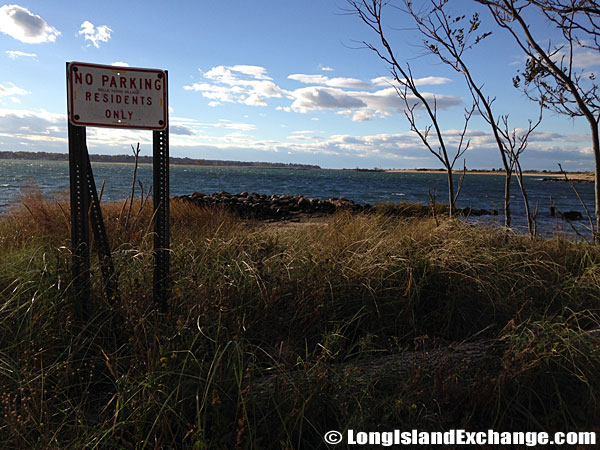 No parking here, Village of Belle Terre residents only area. 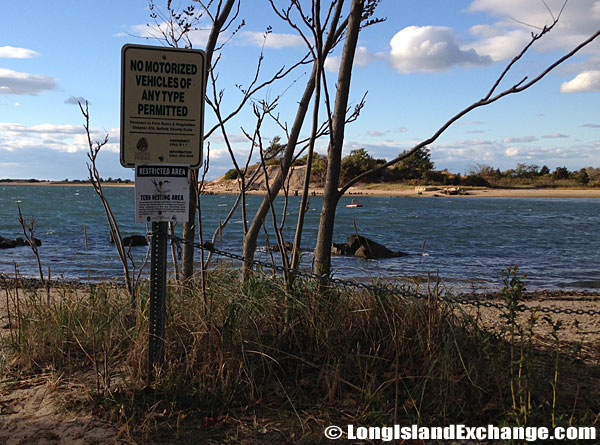 There are no motorized vehicles of any type permitted in these waters off Belle Terre.

In addition, the Village beach located at the end of Nonowantuc Trail is exclusively for Belle Terre residents only. The racial-makeup of Belle Terre comprises of 91.71% White, 1.08% African American, 5.05% Asian, 0.60% from other races, and 1.56% from two or more races. Many beach activities including an American Red Cross approved swimming course, water safety, arts and crafts and other recreational activities. The local community association has been an important factor that also sponsored several functions during the year, one of which is the Resident Party in the fall.

The Board meets the third Tuesday of the month at the Village Hall, also known as the Community Center, located at 55 Cliff Road. 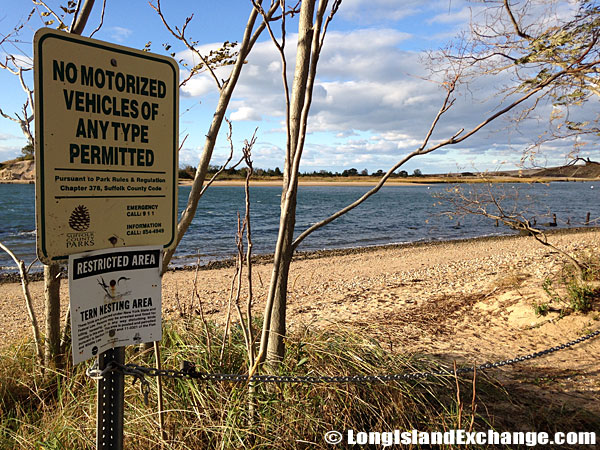 There are no motorized vehicles of any type permitted in these waters off Belle Terre residents only area. 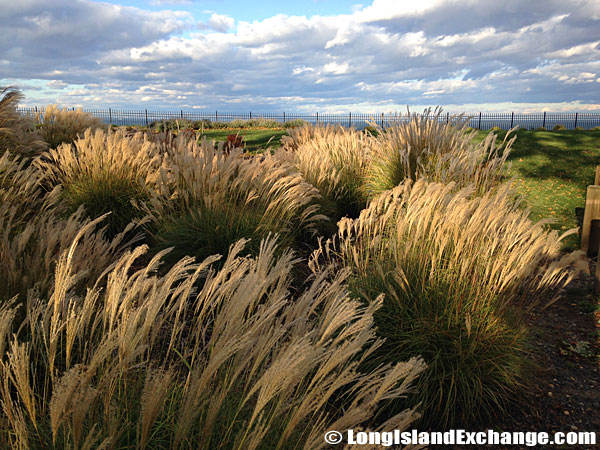 The village rises from the water to a height of one hundred and twenty to two hundred and twenty feet Harborhead, its northernmost point, extending some distance into the Sound, giving one of the most commanding views in the United States. Due to the altitude and its peninsular location, Belle Terre experiences cooling breezes from the ocean, sound and bay, and the sandy soil, affording superb drainage, together with the absence of all marsh land, produces a most hygienic climate both summer and winter. 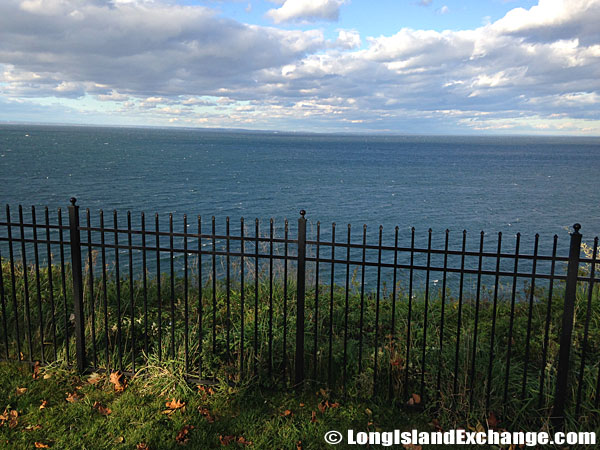 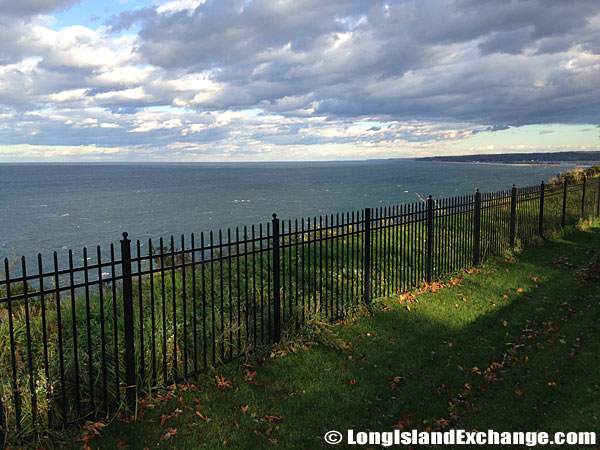