North Bellmore is a hamlet and census-designated place located in Nassau County, on the South Shore of Long Island, New York. “The Bellmores” are subdivided into Bellmore and North Bellmore which is also some residents call the area south of Merrick Road (or sometimes Sunrise Highway) ‘South Bellmore’. 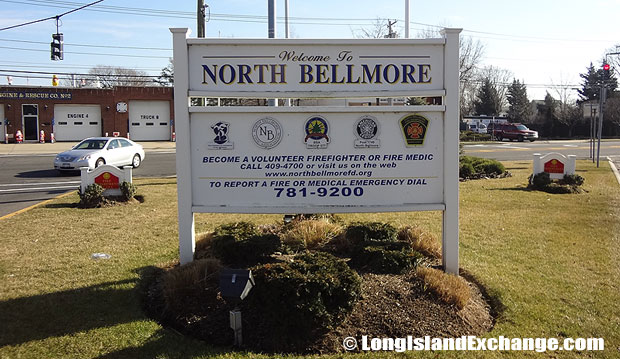 A sign welcomes visitors and residents to North Bellmore.

In the 17th century, the Dutch and the English settled the area which they were responsible in making a small piece of Nassau territory into an agricultural community. The neighborhood name has changed over the centuries until North Bellmore stuck as a name coined for the Post Office as late as in the 1920s. 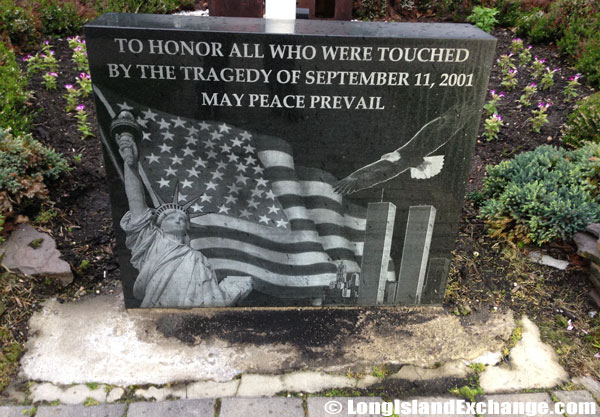 A stone placed to honor all who were touched by the tragedy of September 11, 2001; may peace prevail. 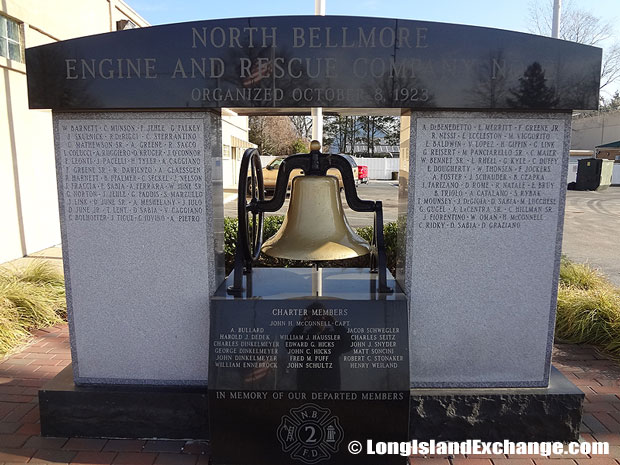 A commemorative bell and plaques outside the North Bellmore Engine and Rescue Company. 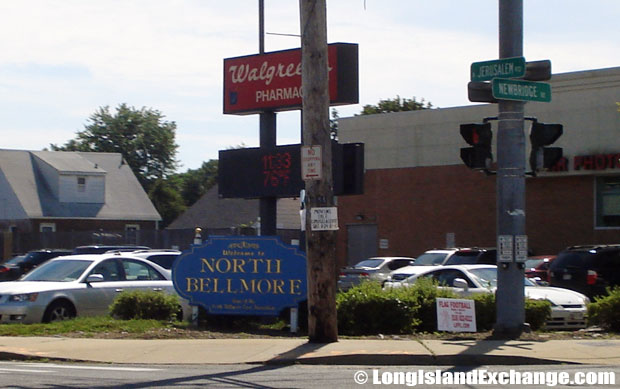 The corner of Jerusalem and Newbridge Road, Route 106 in North Bellmore. 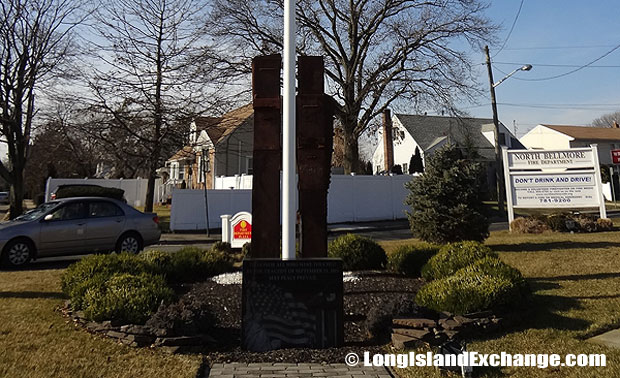 A monument across from the North Bellmore Fire Department.

All North Bellmore students go to Grand Avenue along with a few North Merrick students who attended Park Avenue Elementary School, and then they split and go to their zoned school in the Central High School District. North Bellmore has its own public library which is operated by the Nassau Library System that includes talking books for people with disabilities. More than 50 libraries subscribe to this common service. The North Bellmore Library is a generous and effective education and learning resource for town residents of all age groups.