Sands Point is an incorporated village located in Nassau County at the northernmost tip of the Cow Neck Peninsula, on the North Shore of Long Island, New York. It is within the Town of North Hempstead. The neighborhood is surrounded by Long Island Sound to the north, Manhasset Bay to the west and Hempstead Harbor on the east. It shares land borders with the villages of Port Washington, Port Washington North, Manorhaven, and Soundview. 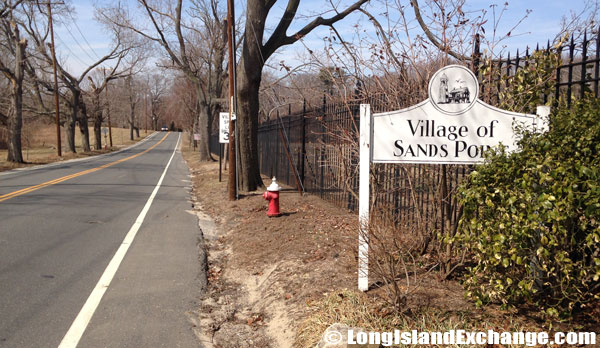 A sign welcomes visitors and residents to the Village of Sands Point on the North Shore of Long Island New York, in Nassau County. 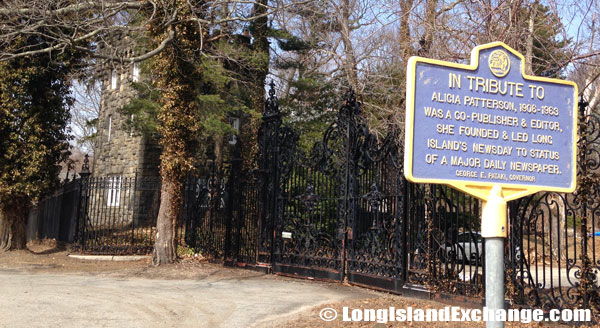 A historical sign in tribute to Alicia Patterson, 1906 to 1963 who was co-publisher and editor, she founded and led Long Island’s Newsday to status of a major daily newspaper. 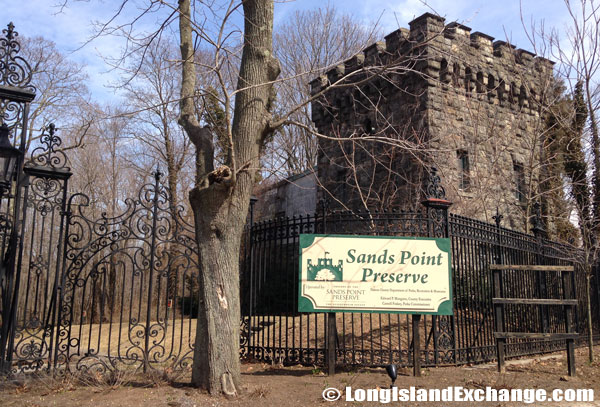 The Sands Point Preserve, on the north shore of Long Island. 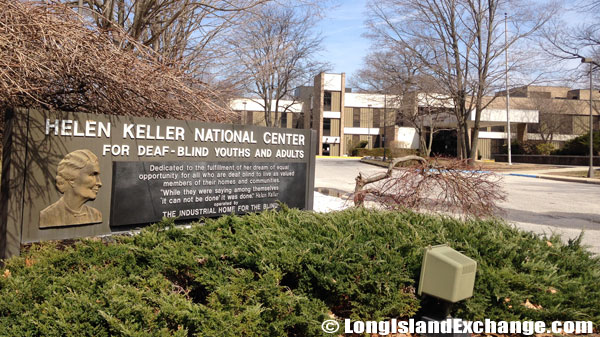 The Helen Keller National Center for Deaf and Blind Youths and Adults.

From another angle sits this large North Shore home on Long Island within the Village of Sands Point.

The neighborhood is bordered almost entirely by water. It was named not for its beaches, but for brothers James, John and Samuel Sands, early settlers of the area. They came in 1695 and purchased 500 acres at the tip of a peninsula called Cow Neck from the Cornwalls, who had been there for 20 years. Sands Point was originally owned by three families namely the Sands, Vanderbilts, and Cornwells. By the 1900s, Sands Point was divided among 50 of the nation’s richest families. Many also believe that Sands Point was the inspiration for East Egg in “The Great Gatsby”, by F. Scott Fitzgerald.

A white Bentley sits in the driveway of this large home in Sands Point.

A sign welcomes visitors and residents to Sands Point, while smaller accompanying signs remind those who see them to not little in the area and that speed radar is used by police.

In 1910, Daniel Guggenheim purchased his 216 acre Hempstead House, formerly Castle Gould. Later years, his son Harry Guggenheim, founder of Newsday set up his estate Falaise nearby. In recent time, the estate is part of the Sands Point Preserve, notable for a medieval fair run by Medieval Scenarios and Recreations Ltd., which is held every September. Sand Point became incorporated village in 1910. Notable people living in Sands Point include William Randolph Hearst (publisher), Conde Nast (publisher), and John Philip Sousa (composer). The racial-makeup of Sands Point comprises of 90.89% White, 1.2% African American, 7.8% Asian, .3% from other races, and 0.54% from two or more races. Most of its resident’s ancestries were Italian, Russian, Irish, German, Polish, and English. 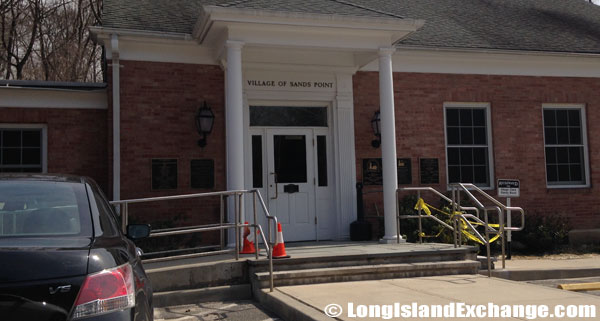 The Village of Sands Point office. 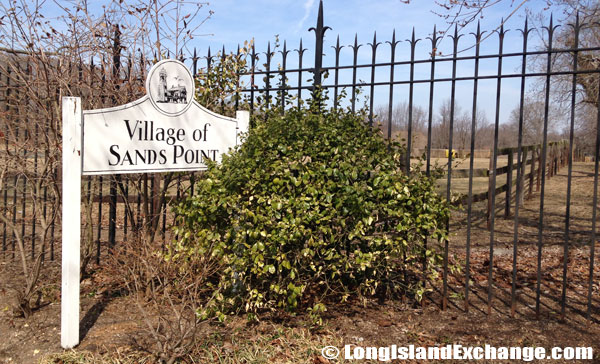 A sign on the side of the road reminds visitors they are driving through Sands Point. 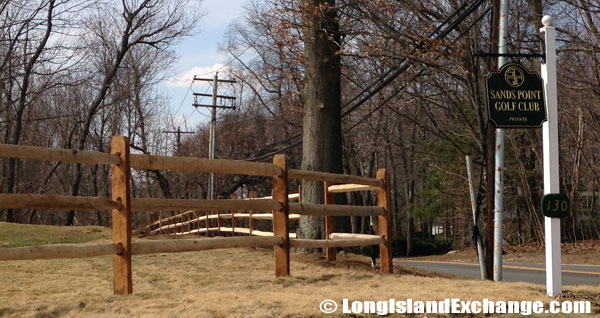 Sands Point is governed by the Mayor and four Village Trustees. It is served by the Port Washington School District which Sands Point residents pay taxes for. Sands Point is mainly a residential community. The Sands Point Park & Preserve is a famous park in town. The park is more than just a nature preserve; in addition to protecting and interpreting Long Island’s natural habitats, Sands Point showcases an example of Long Island’s turn-of-the-century Gold Coast estate period. Built by railroad heir Howard Gould, the estate was fashioned after the grand estates of the European feudal period.