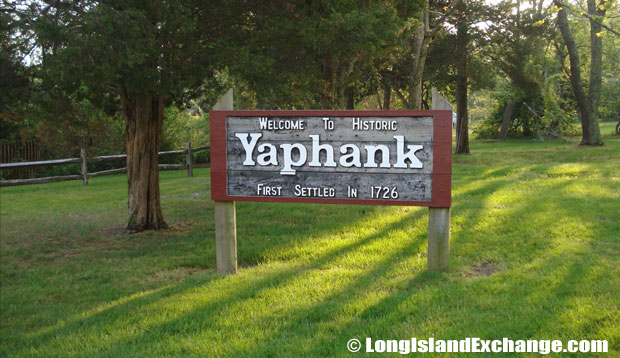 A sign welcomes visitors and residents to historic Yaphank, a hamlet and census-designated first settled in 1726, in Suffolk County Long Island. 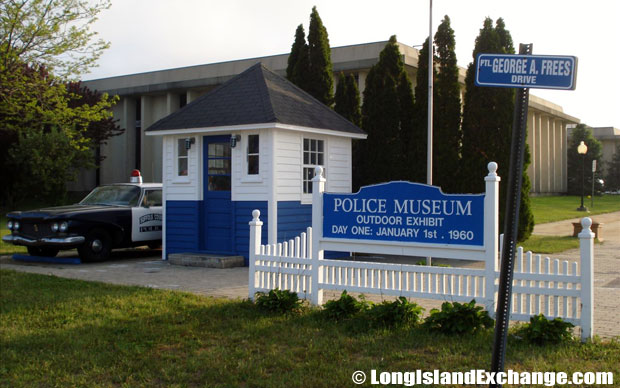 The neighborhood name derives from Indian term for “riverbank”. The former and merged names of Yaphank include Millville. In the mid 18th century, John Homan constructed two mills along Carmen’s River, which runs directly through the center of the town. The LIRR built a railroad station here in 1843, and virtually overnight the small mill town became a major commercial center. The hamlet was also home of Camp Upton, which was used as a boot camp in 1917. The site was transferred to the U.S. Atomic Energy Commission (AEC), by the United States War Department in 1947, and it now serves as the home of Brookhaven National Laboratory. 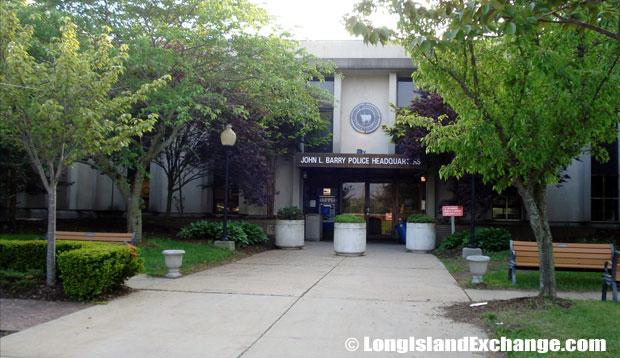 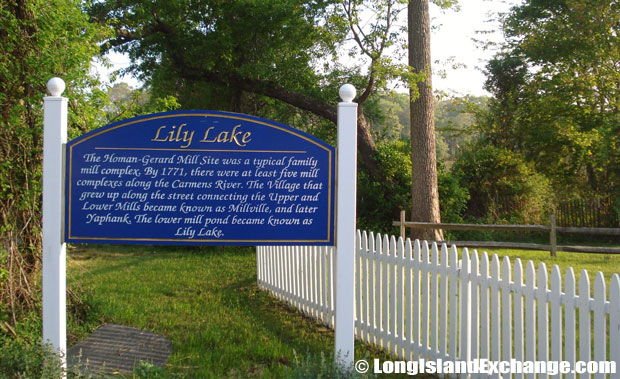 Sign reads: The Homan-Gerard Mill Site was a typical family mill complex. By 1771, there were at least five mill complexes along the Carmans River. The village that grew up along the street connecting the Upper and Lower Mills was known as Millville, and later Yaphank. The lower mill pond became known as Lily Lake. 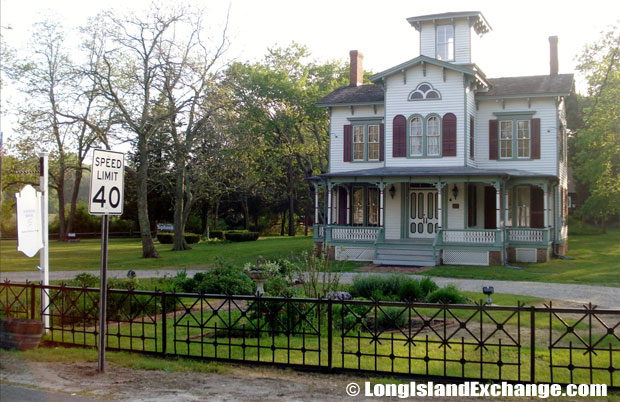 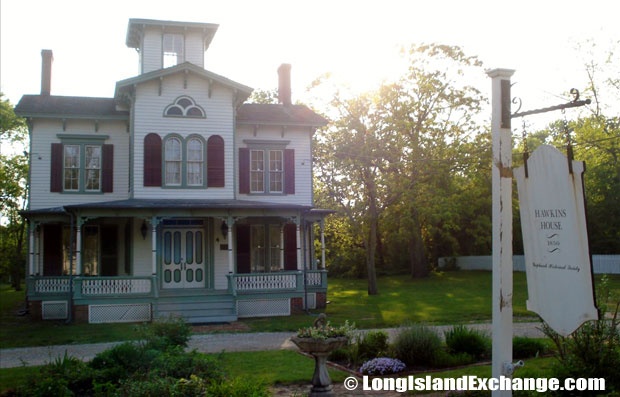 The Robert Hawkins House was slated for demolition when the Yaphank Historical Society worked to persuad the County to allow them to restore the building in 1976. 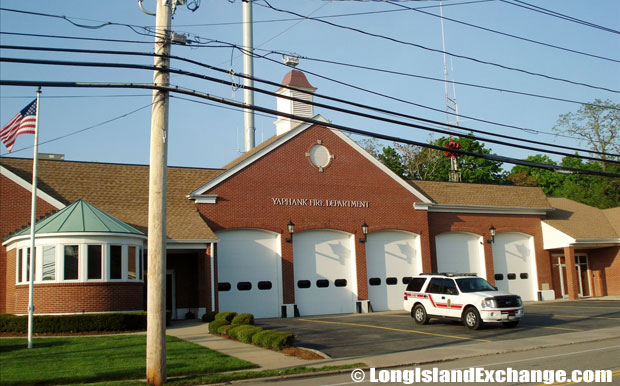 Yaphank Fire Department serves the areas of Yaphank, Shirley and Medford and has over 100 members who provide Fire, Rescue and Emergency Services. 7 days a week, 24 hours a day for a rapid response to every emergency call. 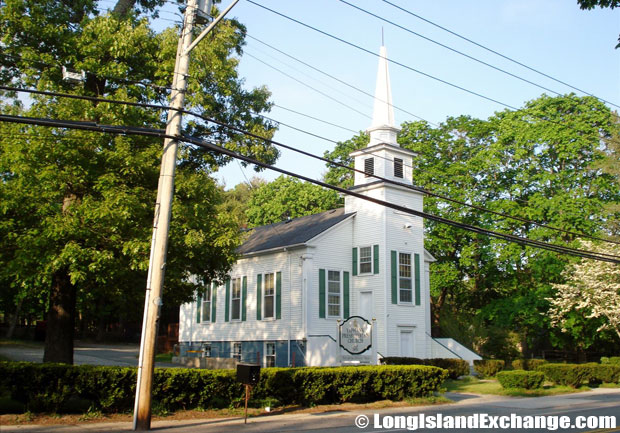 The historic Yaphank Presbyterian Church, originally built in 1851, is shown here prior to the fire in late 2013 that tore through the building destroying it. The historic church is planned for rebuilding.

The Suffolk County Farm and Education Center is the famous attraction in town that is open year round to the public and includes a historic hay barn, farm animals, and agriculture practices and techniques. Fairs and festivals are held here throughout the year and many educational programs are offered. There are also several Suffolk County facilities located in Yaphank such as Suffolk County Police Department, Suffolk County Correctional Facility, and the county fire academy. Yaphank is a large stable middle-class neighborhood. Most of the housing units here are occupied by their owners, not by renters.