During the red carpet I spoke to Honoree Howard Bluver, CEO of Suffolk County National Bank. 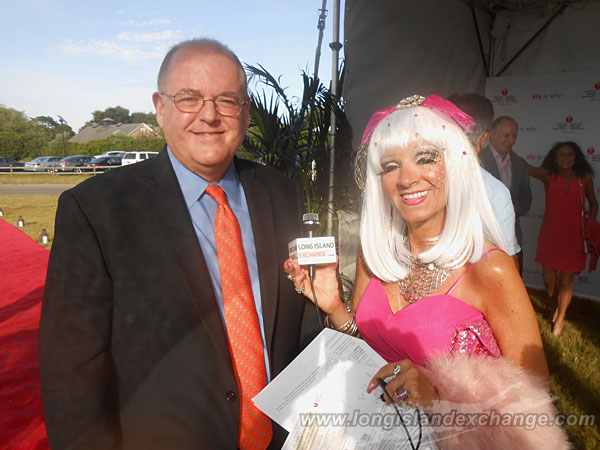 Tell my audience what this award means to you.

Howard: I have been a big supporter of the American Heart Association for many, many years even before I came out on the East End and I was asked to be the honoree to raise money for the organization and I said “Yes” and I got my whole bank involved. There will be about twenty-five people here who have participated in it and it’s for a great cause. I think they do great work. I support it one hundred percent. We have beautiful weather…

We have terrific weather. It is going to be a gorgeous evening. Tell my audience what made you become a supporter? Were there people in your family that suffered from disease or stroke?

Howard: Both my father and an aunt are in their late 80’s and 90’s and they are still with us because of surgery that they had.

Howard: And also my generation and my kid’s generation because of a lot of the research that AHA does is all about lifestyle, exercise and health and healthy eating and so I think they do a great job getting out the word on doing research. It helps a lot of people in the community. I think it is a great organization to support.

Thank you so much and congratulations.

Howard Bluver has served as President, Chief Executive Officer and Director of Suffolk Bancorp and Suffolk County National Bank (SCNB) since December 2011. Before coming to SCBN, he was founder and President of JDS Financial Group, LLC, a consulting firm which served the regulatory, transactional, risk management, corporate governance, due diligence and operational needs of the commercial bank, thrift and investment banking sectors. Mr. Bluver also served as Executive Vice President, General Counsel and Chief Enterprise Risk Officer at GreenPoint Bank and GreenPoint Financial Corp., New York from 1994 to 2005 and as Deputy Chief Counsel, United States Office of Thrift Supervision, Washington, D.C. from 1987 to 1994.

Mr. Bluver began his career at the Securities and Exchange Commission in Washington, D.C. finishing as Chief of the branch in the Division of Corporation Finance that covered financial institutions. Mr. Bluver is proud to be honored by American Heart Association and has a strong commitment to the AHA mission of heart and brain health.

During the event many notable individuals including Philanthropist Sara Herbert-Galloway and Dr. Stephen H. Greenberg and his wife Gail Greenberg spoke to me about their support to the American Heart Association 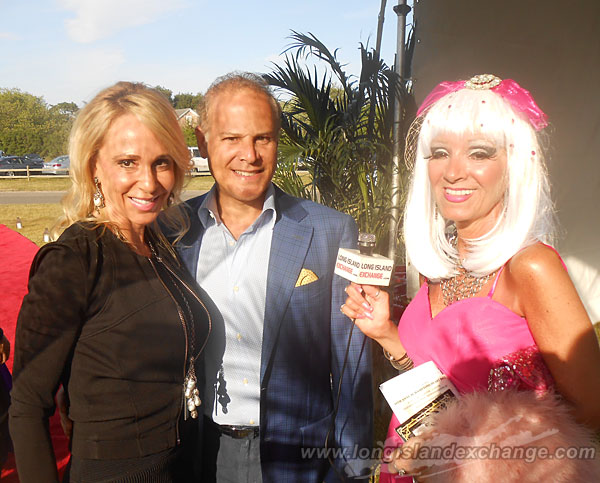 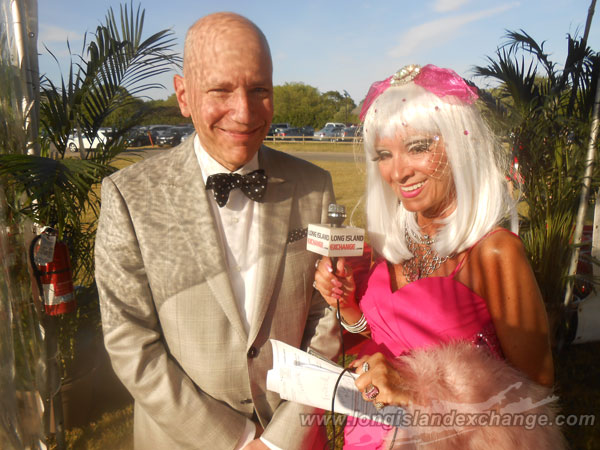 You are receiving a very special award tonight. Can you tell my audience what this award is really all about.

Tell my audience why you wanted to study this particular type of surgery, heart surgery?

Dr. Adams: Oh, I became interested in heart surgery when I was in college. I watched it when I was volunteering in the hospital. I was…..

Dr. Adams: Yeah, mesmerized by it.

Dr. Adams: And so I spent the rest of my career pursuing that.

I think the American Heart Association and doctors like yourself are really, really combating this dreadful disease of stroke and heart disease. More and more people are living thanks to you. You are doing a terrific job. You really are. Can you tell my audience what we should all to do to prevent heart disease.

Dr. Adams: I think the best thing to do if I could tell you a single thing is probably exercise. I think the other thing is to be proactive about your health in terms of blood pressure or weight and diet and then of course it is to recognize that a lot of us will develop heart disease and if we do in the modern era you rarely die from it. You get help and you follow direction and most patients will live out their normal life expectancy with heart disease. That is really the remarkable mission of the American Heart Association and other societies like this and that is why this is, is because of all the work they have done on behalf of patients. 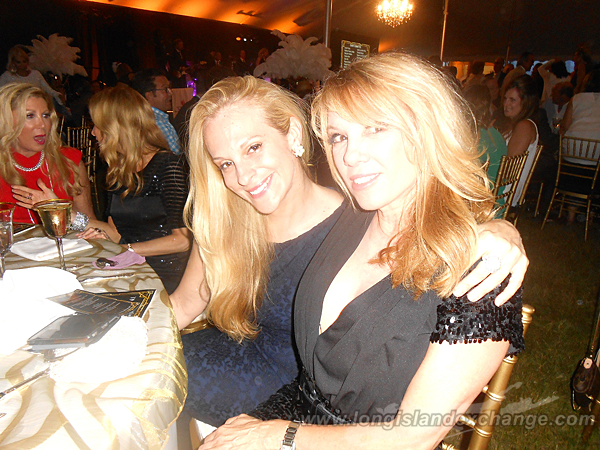 Dr. Adams is a leader in the field of heart valve surgery and mitral valve reconstruction. As the Marie-Josée and Henry R. Kravis Professor of Cardiovascular Surgery and Program Director of The Mount Sinai Hospital’s Mitral Valve Repair Reference Center, he has set national benchmarks with 99% degenerative mitral valve repair rates, while running one of the largest programs in the United States.

The American Heart Association includes 156 local offices and more than 3,000 employees. The American Stroke Association was created as a division in 1997 to bring together the organization’s stroke-related activities.

LONG ISLAND, NY – A new study shows that men who exercise regularly may delay age-related high cholesterol. It seemed aerobic exercise in particular was the factor in delaying onset high cholesterol according to a new study. This would also lower the risk for heart disease.

A new study published by the Journal of the American College of Cardiology, from researchers at the University of South Carolina, Columbia created a model based on the data of men between the ages of 20-90. They found that the total cholesterol levels which combine LDL, triglycerides and non-HDL cholesterol gradually increased until about the age of 45-55 and then declined. To take it even further, men with low levels of cardio exercise developed high cholesterol in their 30s, which is about 200 mg/dL. Those with a high level of fitness had high cholesterol only when they reached 45 years old.

Researchers concluded that a higher level of fitness is important to delay the increase in cholesterol associated with age. The findings continue to support previous studies showing the benefits of exercise.

Scientists analyzed almost 12,000 men between 20 and 90 years old. When they entered the study, each participant had no known high cholesterol levels, triglycerides, cardiovascular disease or cancer. Men were excluded from the analysis if they had a history of heart attack, stroke or cancer. Each had 2-25 follow-up examinations where lipid levels and cardiorespiratory fitness levels were determined.

“These findings should reinforce the importance of young to middle-age men incorporating regular aerobic exercise as part of a healthy lifestyle,” said Dr. Usman Baber, a cardiovascular researcher at the Icahn School of Medicine at Mount Sinai in New York City.

Levels of lipids other than HDL cholesterol increase from about age 20 to middle age and then decline, as a normal part of aging for men. The problem is high cholesterol puts men at a greater risk for heart attack, stroke and peripheral artery disease.

Genetics also play a role in the development of high cholesterol. But lifestyle choices such as unhealthy eating, lack of exercise, smoking, excessive alcohol intake are all proponents for high cholesterol.

A simple blood test performed by your doctor can detect your cholesterol. Both men and women should have their cholesterol levels checked every 5 years after they turn 20. Monitoring your levels and any changes is key to understanding your risk factor for developing high cholesterol.

Dr. Samadi is a board-certified urologic oncologist trained in open and traditional and laparoscopic surgery, and an expert in robotic prostate surgery. He is chairman of urology, chief of robotic surgery at Lenox Hill Hospital and professor of urology at Hofstra North Shore-LIJ School of Medicine. He is a medical correspondent for the Fox News Channel’s Medical A-Team and the chief medical correspondent for am970 in New York City, where he is heard Sundays at 10 a.m.