Bridgehampton is a hamlet and census-designated place located in Suffolk County, on the South Shore of Long Island, New York. It is within the Town of Southampton. Bridgehampton is about 95 miles from midtown Manhattan. 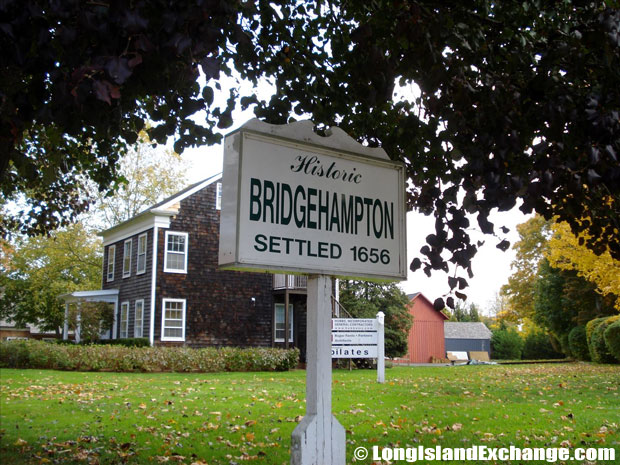 A sign welcomes visitors and residents to the historic area of Bridgehampton, a hamlet and census-designated place first settled in 1656. 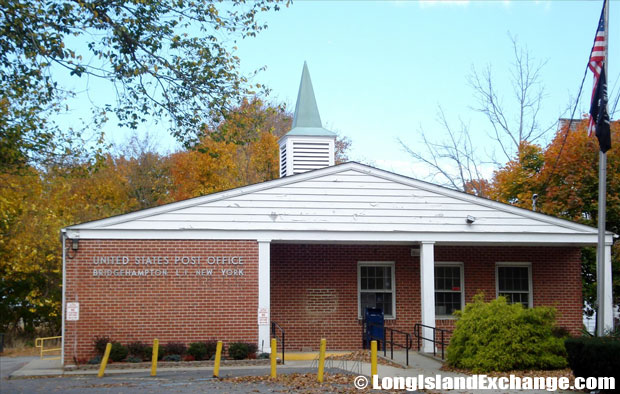 The branch of the United States Postal Service in Bridgehampton, located on Montauk Highway. 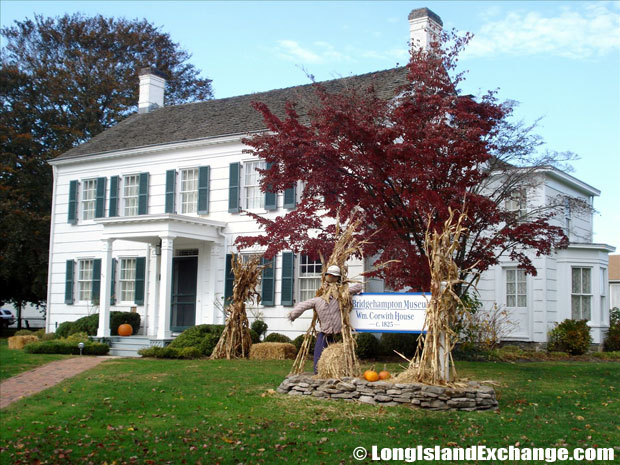 In 1640, the Town of Southampton was founded by settlers known by the Shinnecock Indians as Sagaponack and Mecox began to move east to the area. Soon after the first settlers moved in, the bridge was constructed across Sagg Pond, on the road from Southampton to East Hampton in 1686 by Ezekiel Sanford. The Bridge was the link between Mecox and Sagaponack and gave this locality its name of Bridge Hampton which was later bridged to form one word. The Beebe Windmill was built in Sag Harbor in 1820 at the corner of Ocean Road and Hildreth Avenue and now considered a National Historic Landmark which is one of the 11 surviving windmills built on eastern Long Island between 1795 and 1820. 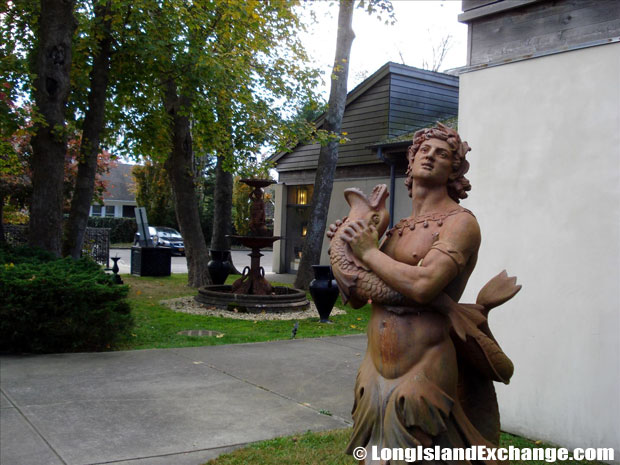 A Merman statue thought to portray Bridgehampton as magical and powerful. 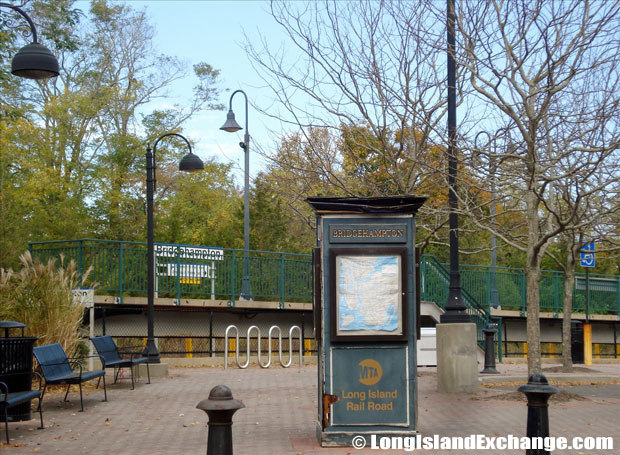 Bridgehampton is a station along the Montauk Branch of the Long Island Railroad. It is located at Maple Lane and Butter Lane. 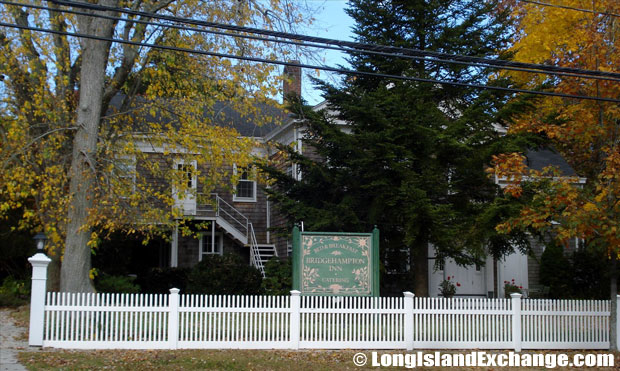 The historic Bridgehampton Inn, built in 1795, describes itself as an ideal setting for Weddings, Cocktail Parties, and Business Meetings. 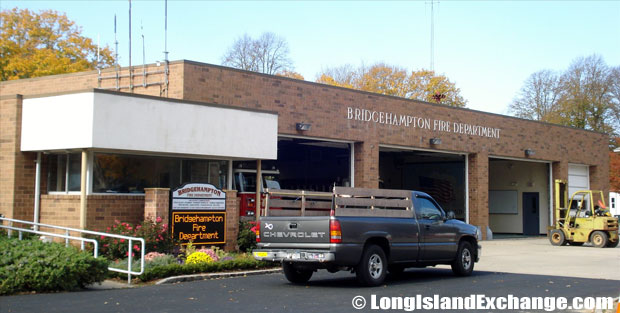 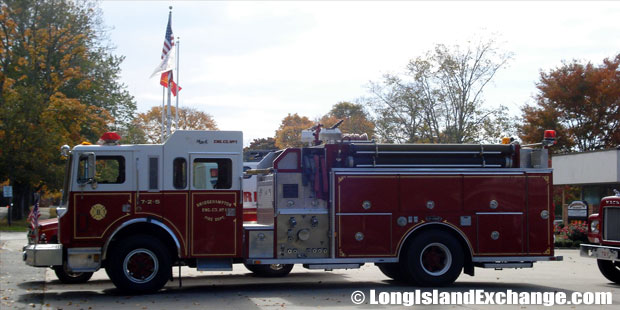 The department serves Bridgehampton and Sagaponack and parts of Water Mill and Wainscott. 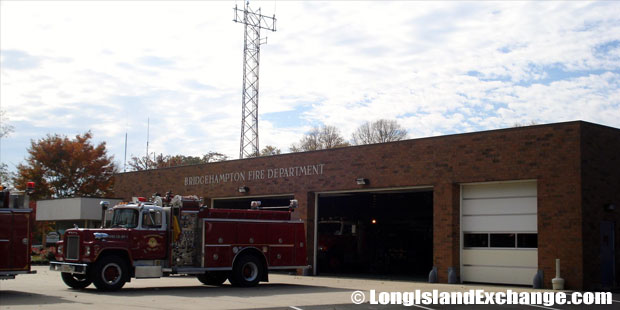 The Bridgehampton Fire Department has one station and 45 volunteer fireFighters.

Bridgehampton was home of the American car racing during the golden age of the sport in the 50s and 60s. They called it “The Bridge” which was mostly loved and feared by many and considered it the “most challenging course in America”. The Bridgehampton Racing Heritage Group was a band of enthusiasts who kept racing alive at Bridgehampton for nearly two decades. In recent time, the bridge is no longer a racing circuit but a private, luxury golf course. There is still an effort underway to try and restore the track but success seems unlikely for now. 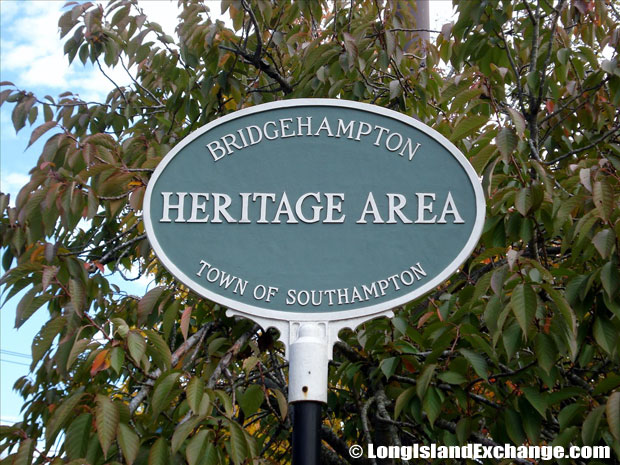 A sign designates the plan for a Bridgehampton Hamlet Center, an effort to protect the historic character of the hamlet and neighborhood areas within the Town of Southampton. 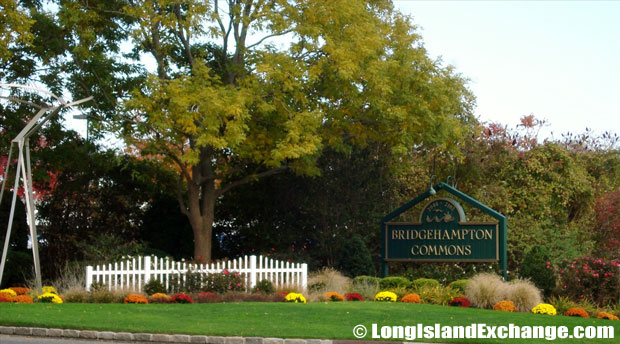 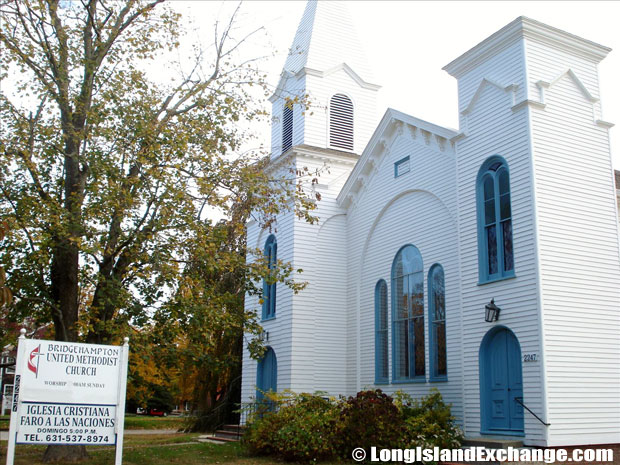 The Bridgehampton United Methodist Church is this historic styled white and blue building is located at 2247 Montauk Highway, Bridgehampton.

Bridgehampton is also a home of the Hampton Classic, an annual horse show held at the end of every summer. Many beautiful beachescan be found in the area such as Scott Cameron Beach, Flying Point Beach, and Mecox Beach. The Scott Cameron Beach is a unique 300-foot-long beach that welcomes Southampton residents only with a permit required upon entering the beach. Other Bridgehampton’s attractions include antique shops, fine restaurants, a quaint village center, wineries, and nature trails. Most of Bridgehampton’s homes are made up of postmodern architecture and Dutch Colonials with prices that range from $725,000 to more than $5 million.