The Triborough Bridge also called the Robert F. Kennedy Memorial Bridge, is a complex of three bridges connecting the boroughs of Bronx, Manhattan, and Queens using what were two islands (Ward’s Island and Randall’s Island) as intermediate rights-of-way between the water crossings, where an interchange and two toll plazas sort out traffic flowing in 12 directions and provide access to the island.

The Downing Stadium leads a host of sporting facilities and spots for picnics that make Randall’s Islands a destination in its own right for motorists, cyclists, and pedestrian users of the Triborough Bridge. The bridge itself has number of smaller bridges and viaducts, fourteen miles of approach highways and parkways, parks and recreational facilities, and administrative offices for the Triborough Bridge and Tunnel Authority. 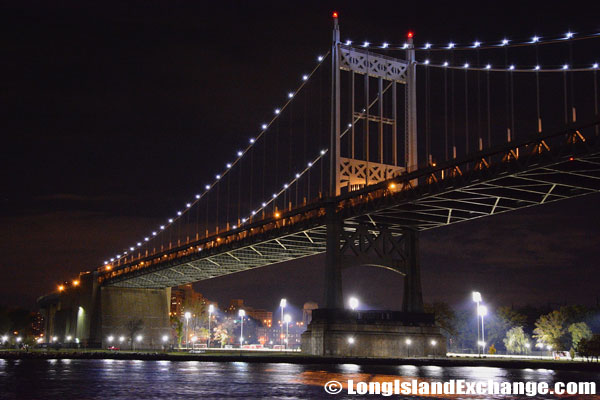 The construction of the bridge started on Black Friday in 1929, and the Triborough project’s outlook began to look bleak. This date later proved significant, as it was just one day after the “Black Thursday” that helped trigger the Great Depression. The City of New York allocated an initial $5.4 million budget for construction of the new bridge. Due to coffers depletion of the ensuing Depression, the city abandoned work on the bridge early in 1930. Later, the project was resurrected by Robert Moses and the bridge was first opened to traffic on July 11, 1936. Before the construction resume, Moses employed the services of famed bridge designer Othmar Ammann. At that time, Ammann had held the position of chief engineer at the Port of New York Authority for seven years. The total cost of the construction of Triborough Bridge was greater than that of the Hoover Dam. 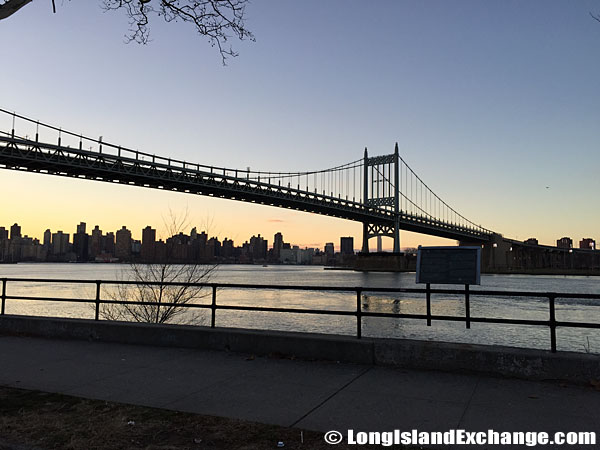 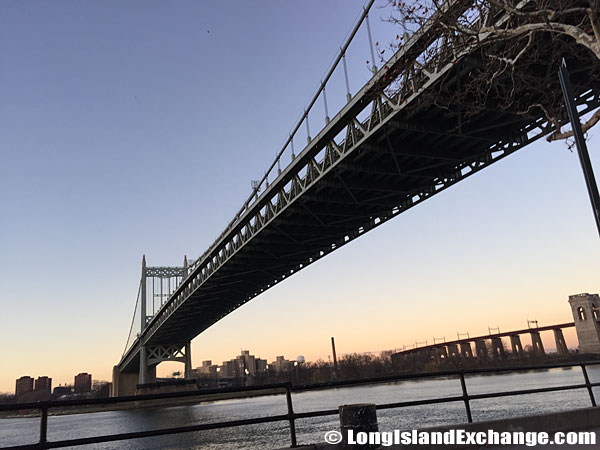 The bridge is owned by the City of New York and operated by the Triborough Bridge and Tunnel Authority (TBTA), an affiliate agency of the Metropolitan Transportation Authority (New York). Today, it carries an approximation of 200,000 vehicles per day. The bridge has sidewalks in all three legs. The TBTA officially requires bicyclists to walk their bicycles across, but the signs stating this unpopular requirement are usually ignored by bicyclists citing the very long distance of the bridge. Stairs on the 2 km Queens leg impede handicapped access. The Triborough Bridge and Tunnel Authority is also implementing an increase of its toll to cash charge for passenger vehicles that crosses the Triborough in any direction.