Cambria Heights located in the southeastern portion of the New York City borough of Queens. It is part of Queens Community Board 13. Cambria Heights is a quiet and orderly residential neighborhood for people of average means. The neighborhood is surrounded by Springfield Boulevard and Francis Lewis Boulevard to the west, the Nassau County border in Elmont to the east, Queens Village to the north, Montefiore Cemetery, Laurelton and Rosedale to the south.

As of the 2010 census, there were 18,677 people, 5,956 households, and 4,687 families residing in the area. The median income for a household in the village is $79,927. Homes for single and for 2 families are most common in Cambria Heights. The median home value is around $350 thousand and there has been a 17% appreciation over the past few years. The latitude of Cambria Heights is 40.695N. The longitude is -73.738W. It is in the Eastern Standard time zone. At an elevation of 49 feet, Cambria Heights is one of the three highest points in the borough, together with Jackson Heights and Richmond Hill. 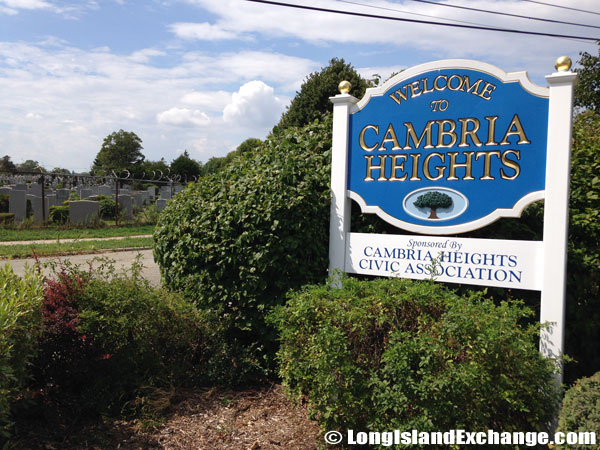 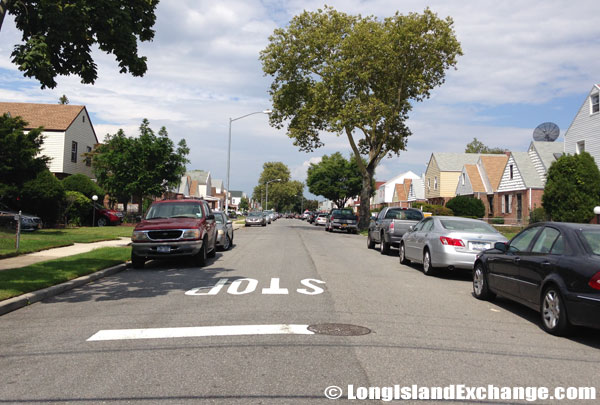 A typical side street in the Cambria Heights neighborhood. 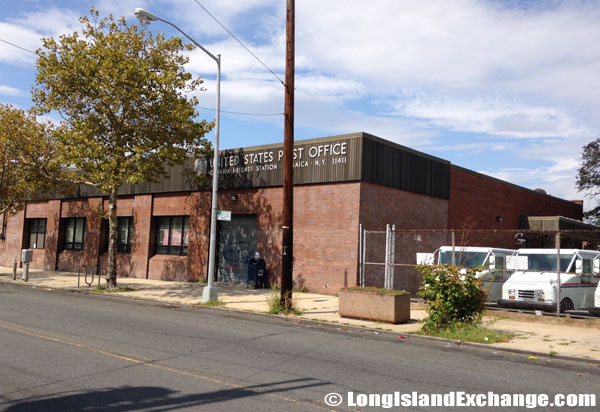 During 19th century, the area was a rich agricultural area. It was a main source of fresh produce for Manhattan. The development of the community began in the late 1920s and derived its name from the Cambria Construction Company of Pennsylvania. Although the origin of the area’s name is not known for certain, another record suggests that the community was named after a local family. Many other residential areas in Queens owe their glory to the Long Island Rail Road, which acted as a catalyst of change of farm lands to elegant homes within easy reach of Manhattan. The company that developed Cambria Heights failed to persuade the Rail Road in to serving this area, and it continues to be largely ignored by the Mass Transit System. 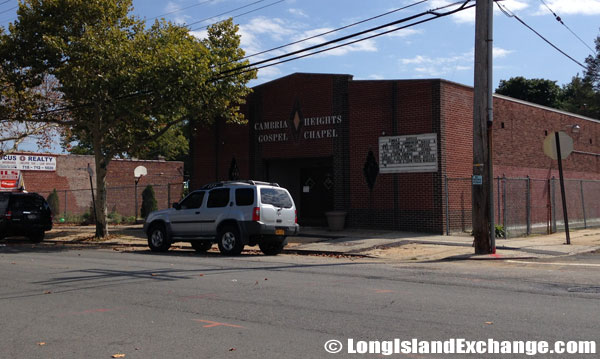 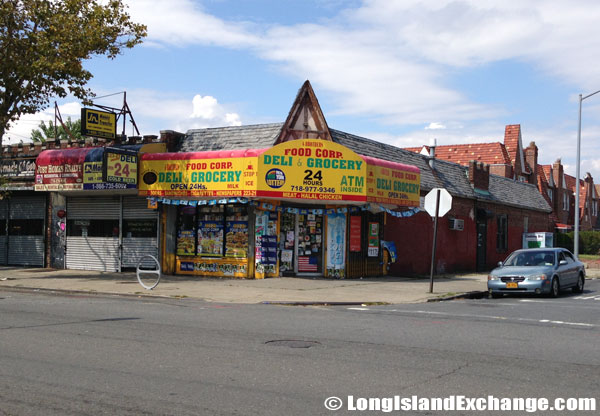 A typical store on the corner of Linden Boulevard. 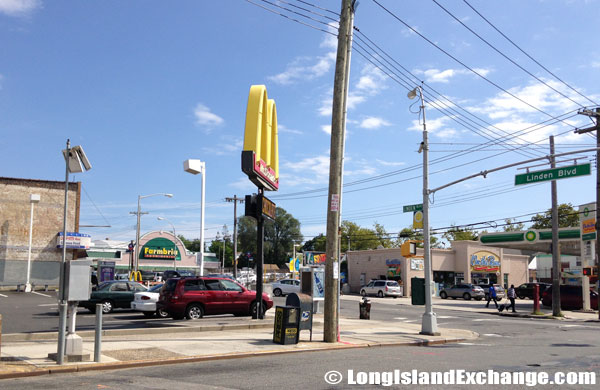 Famous residents living in Cambria Heights include Bang Em Smurf (rapper), Michael Bentt (actor), Lamar Odom (NBA player), Mary Weiss, Betty Weiss, Marge Ganser, and Mary Ann Ganser (aka The Shangri-Las). Public Schooling is limited from Kindergarten to the 5th Grade, and there are private options for this Elementary stage as well. The Cambria Center for the Gifted Child is one of the private facilities at this stage. Cambria Heights has 4 Magnet High Schools, formerly known as Andrew Jackson High School that covers both Science and the Humanities, as also Government and Social Studies. 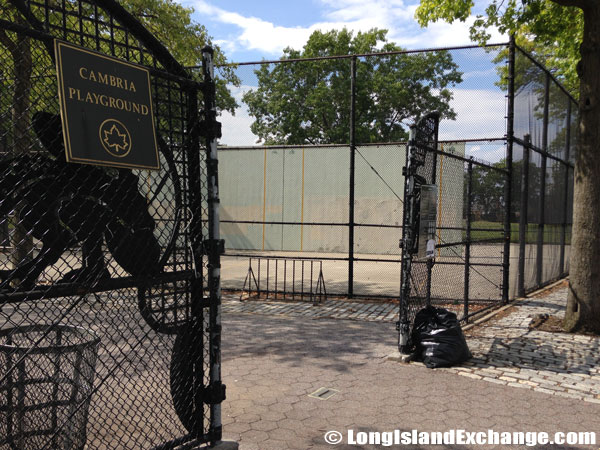 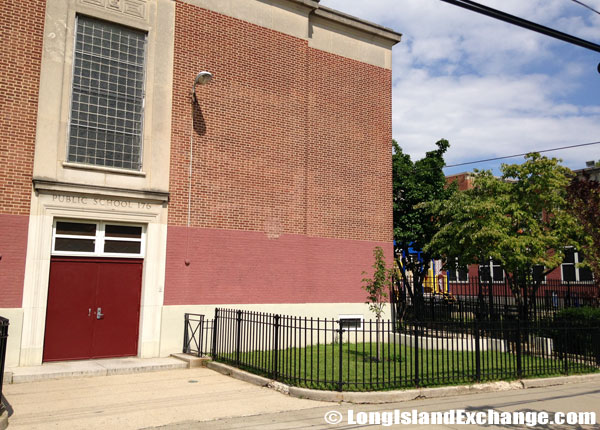 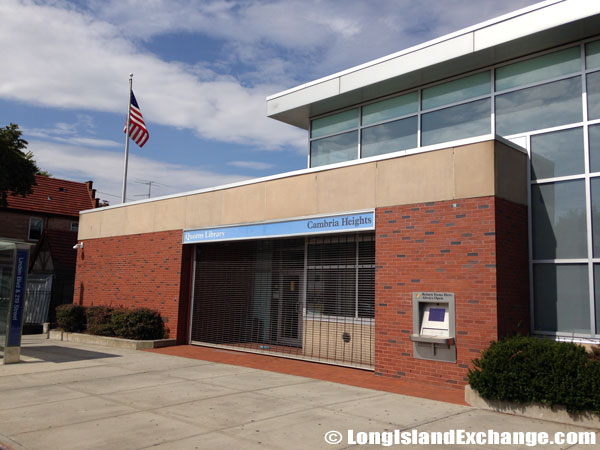 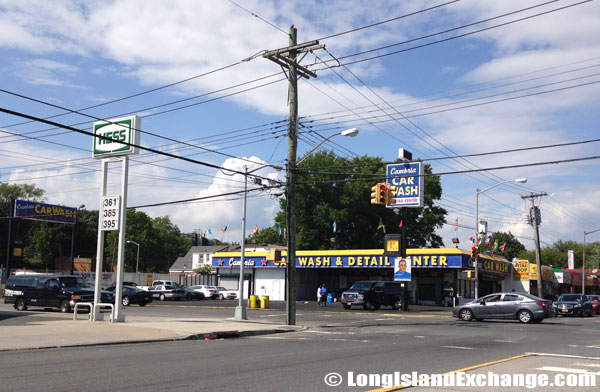 Cambria Car Wash at the intersection of Springfield and Linden.

The local Catholic parish is Sacred Heart which is a symbol of the international character of Cambria Heights. It conducts services in Creole apart from English. Cambria Heights Community Church is another respected institution in the locality. The neighborhood has extensive shopping faculties and most stores are conveniently clustered on Linden Boulevard and on Hillside Avenue. Cambria Heights also contains Cambria Playground, which includes basketball hoops, jungle gyms, and fountains for summer play, a handball wall, and benches for lounging.