Ridgewood is a neighborhood located in both the borough of Brooklyn and borough of Queens, part of the Metropolitan area of New York City. It is part of Queens Community Board 5. The neighborhood is surrounded by Bushwick and Williamsburg both are Brooklyn neighborhoods and the Queens neighborhoods of Maspeth, Middle Village, and Glendale.

Majority of Ridgewood covers a large hill, more than likely part of the glacial moraine that created Long Island, which starts at Metropolitan Avenue, rises steeply for about two blocks, and then slopes down gently. The M line runs elevated through central Ridgewood (Fresh Pond Road, Forest Avenue, and Seneca Avenue stations) and cuts across Brooklyn to lower Manhattan. At Myrtle/Wyckoff, switch to the L train that traverses Williamsburg on its way to Manhattan’s Union Square. 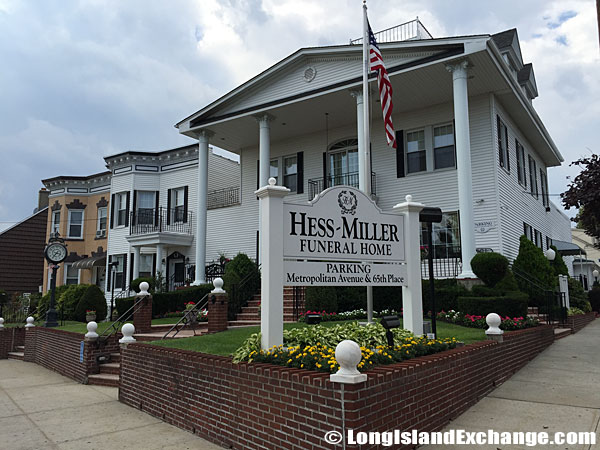 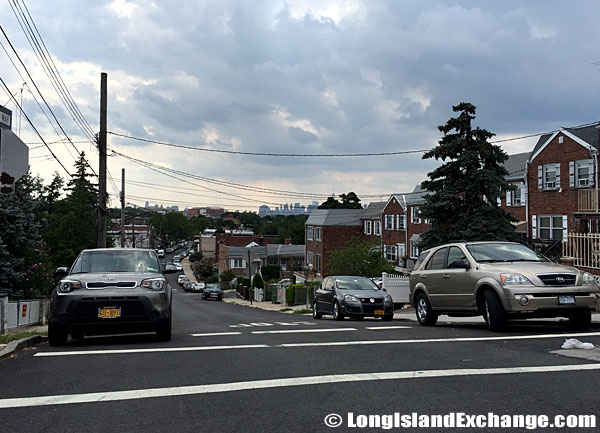 A side-street where you can see the Manhattan skyline just off in the distance. 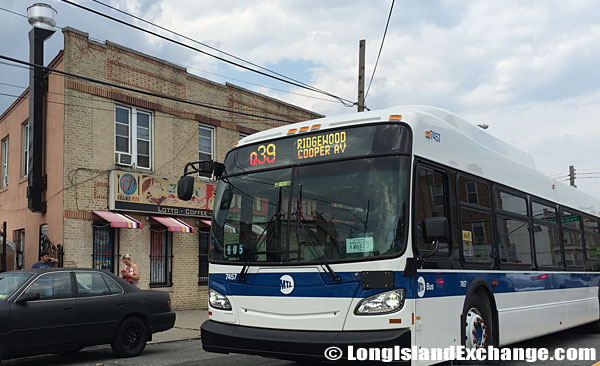 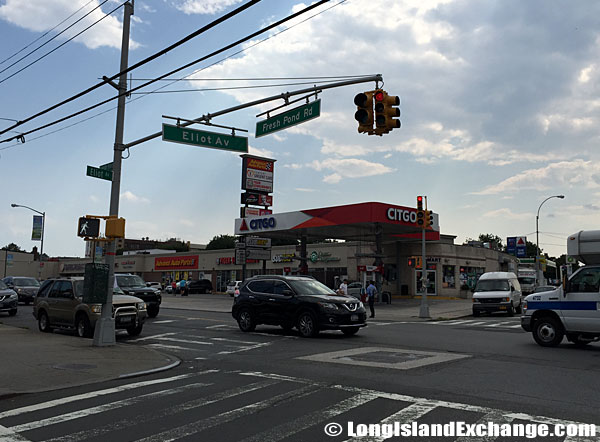 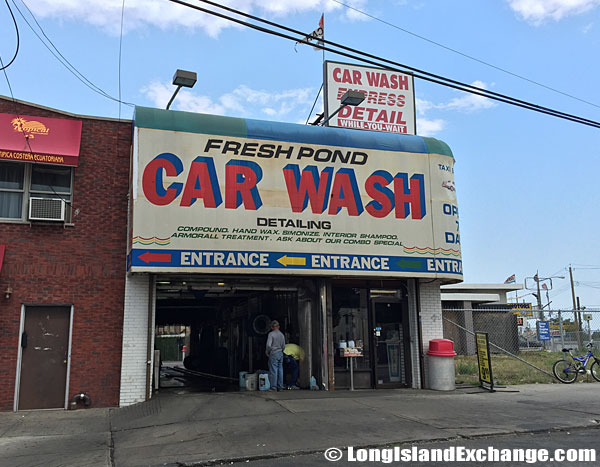 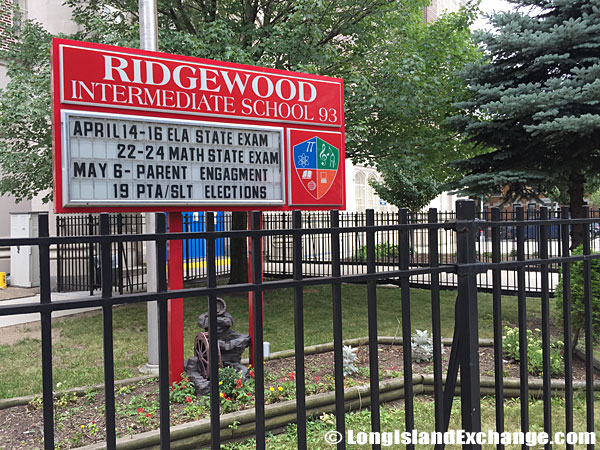 Ridgewood Intermediate School 93, or IS93.

Historically, Ridgewood was considered a German neighborhood when several architects and engineers from that country built the rows of attached homes with distinctive reddish-brown brick exteriors. Around the turn of the 20th century, most of Ridgewood was developed block-by-block and has been largely untouched by construction since then, leaving many centrally planned blocks of houses and tenements still in the same state as their construction. These include the Matthews Flats, Ring-Gibson Houses, and Stier Houses. Since 1908, the local newspaper (Ridgewood Times) and now known as the Times Newsweekly has covered local area events and issues. Its apartment listings are the best for the Ridgewood, Glendale, and Middle Village area. Today, the neighborhood is home to many small families of diverse backgrounds, including Eastern Europeans, Latinos, and Central and Western Europeans. 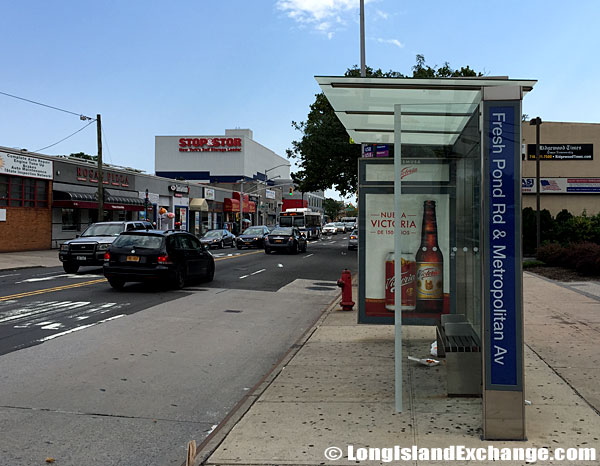 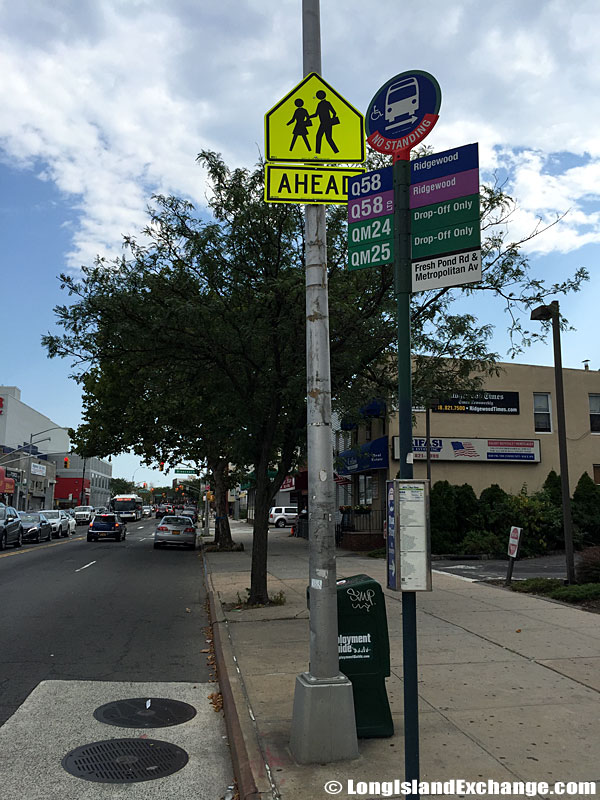 Notable people living in Ridgewood include James Cagney (actor), DJ Aphlatoon (nusic composer and disc jockey), Ron Eldard (actor), Phil Rizzuto (baseball player), and Dan Scheider (writer). In fact, Harry Houdini, a famous contortionist and one of the former notable residents is buried there at the Machpelah Cemetery. Ridgewood is generally a safe neighborhood, though areas on the Bushwick border and industrial areas on the western side are best avoided at night or when alone. Even the main drags can seem dangerous on a late night. 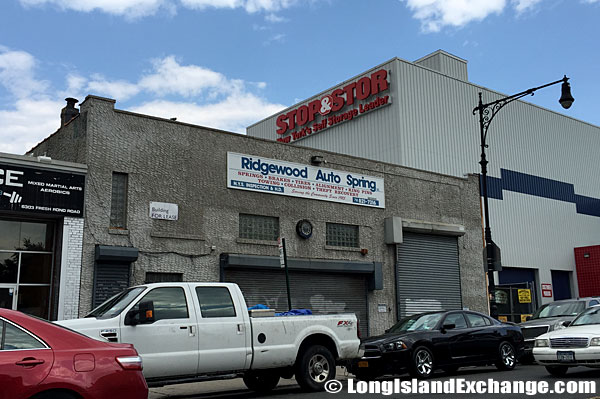 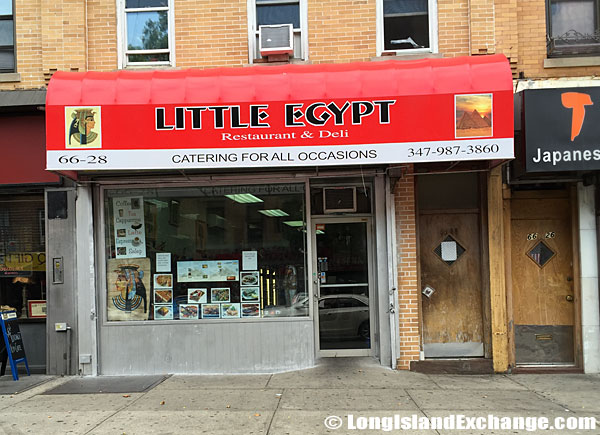 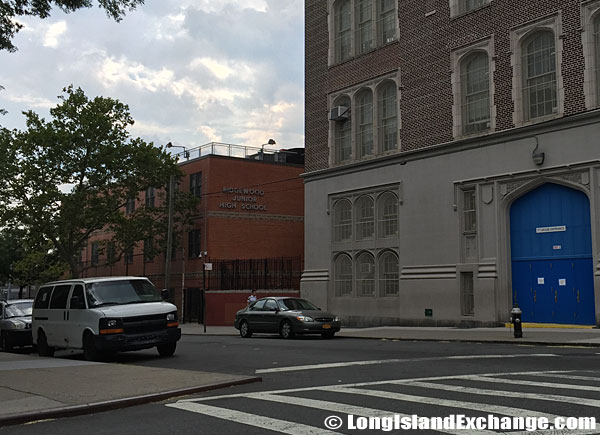 Many find restaurants can be found in the neighborhood. One of them is the famous Bona Polish Restaurant on Fresh Pond Road which is an illustrative example of both the hidden culinary treasures of Ridgewood and the quirks of Polish waitresses. The neighborhood has the usual number of places that serve pizza especially on Myrtle Avenue which is infested with pizzerias. The main shopping areas are on Myrtle Avenue and Fresh Pond Road. Other, smaller shopping strips are located on Metropolitan Avenue, Forest Avenue, and Seneca Avenue.