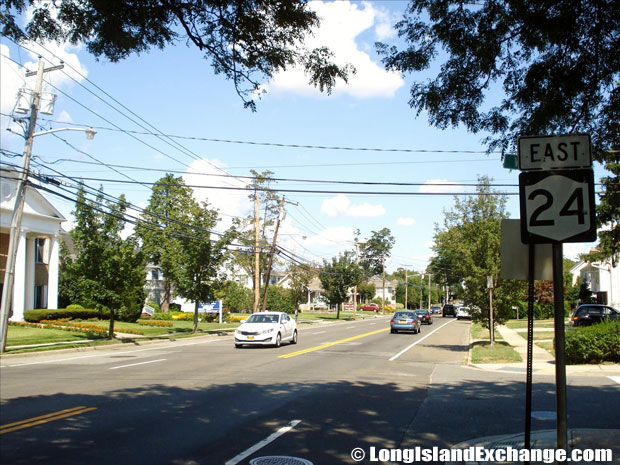 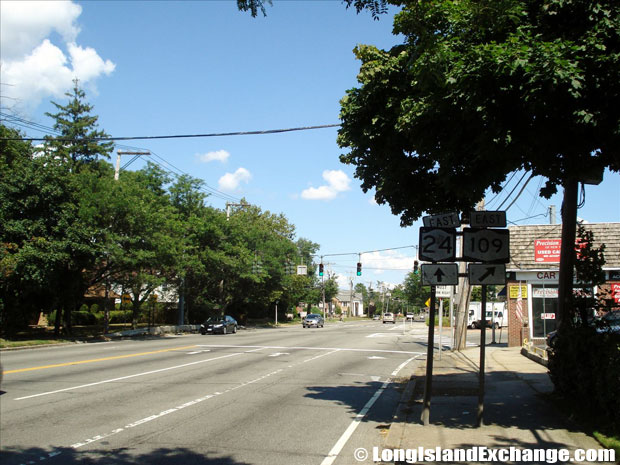 Jamaica Avenue has its origins as an ancient trail for tribes from distant Ohio River and the Great Lakes, coming to trade skins and furs for wampum. In the eighteenth century it was called King’s Highway and for more than a century, horse-drawn carts plodded the road. The Jamaica and Hempstead Turnpike Company was incorporated in 1812 and a few years later a road was constructed from the house of Charles McNeill at Grand St. Jamaica, along the line of present Jamaica Avenue to the present Hempstead Turnpike to the house of Isaac Clowes in the Town of Hempstead. The road was about ten miles long.

In the mid 1800s James Avenue became a plank road, complete with toll gate. In 1866, tracks were laid for a horse car and 20 years later it was electrified, the first one to be electrified in the state. The road was sold in 1897, in part to Queens Co. and to Nassau Co. A trolley line to Belmont Park was built around the same time, which was later extended to Hempstead. Buses replaced trolleys over the years. The first cement building on Jamaica Avenue, known as “The Richmond” still stands today. The road was called Fulton Street, in the early part of the twentieth century. 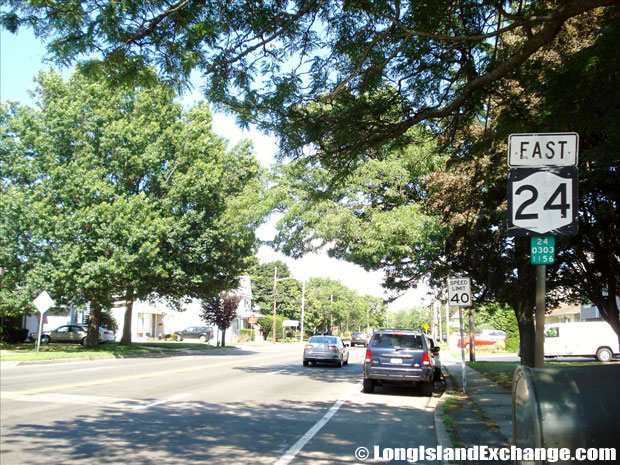 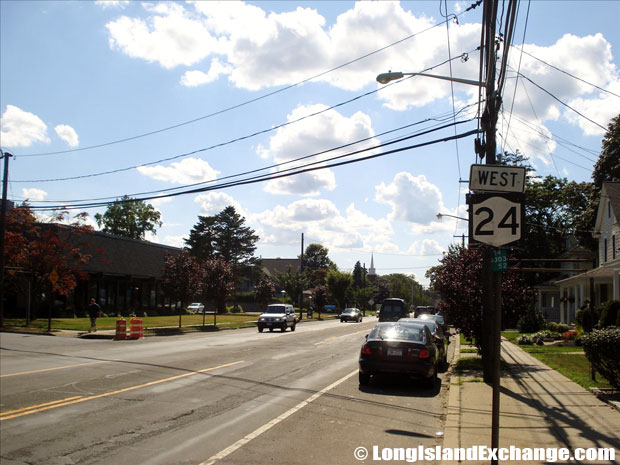 In the 1970s Hempstead Turnpike was a trendy place and other merchants struggled to compete with stores on Hempstead Turnpike. Focus was a popular Long Island Disco on that road that attracted the best dancers of the time. In Hollis, Queens at the western end of the road are some lovely forgotten street lighting specimens on private property of business and institutional facilities can still be seen. There is a series of four bent double-lighted lampposts with rusting stems near the parking lot of a discount shoe store and a well-known mattress chain called Sleepy’s. 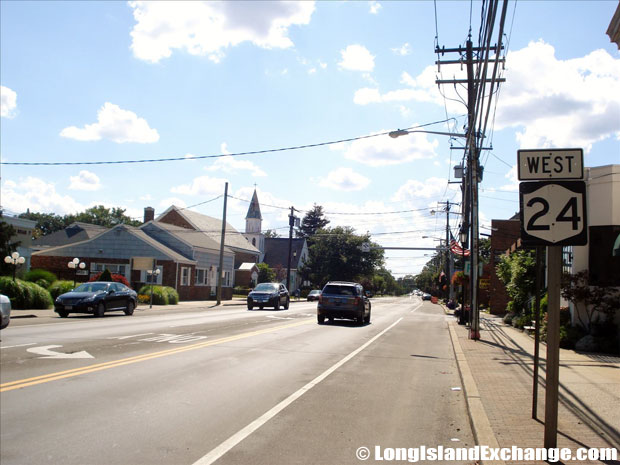 Today Hempstead Turnpike is a landmark address for many institutions. Hofstra University and University College for Continuing Education are located on the road as are many facilities and program centers associated with them. Eisenhower Park on Hempstead Turnpike, encompasses 930 acres and boasts of athletic fields for baseball, softball, soccer, 3 golf courses, a lighted driving range, miniature golf and batting range, picnic areas and 16 lighted tennis courts as well as playgrounds, jogging trail, bike paths, model boating and an aquatic center. There is a neat restaurant at the park and seniors can enjoy lawn bowling and bocce too. Free concerts are a popular draw during the summer months. 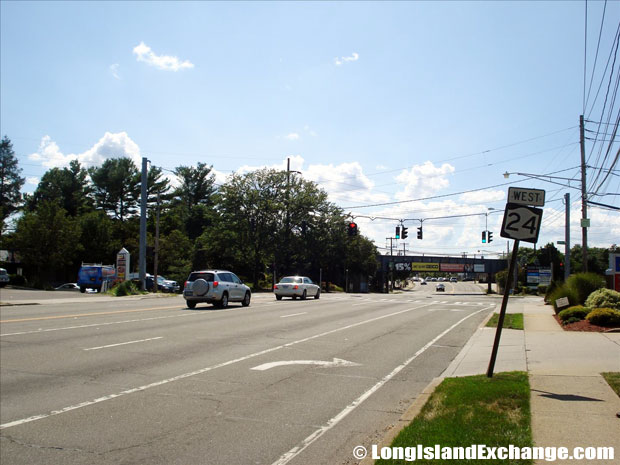 The Belmont Park racetrack is also situated on Hempstead Turnpike at Franklin Square. Just east of Hofstra University is Reckson Plaza across from the Nassau Coliseum Complex and the Uniondale Marriott.