It was Hollywood on Long Island as guests and celebrities arrived in chauffeured limousines wearing tuxedos, gowns, and diamonds at Taste of the Oscars.

Comedian and host, Paul Bond, was the Master of Ceremonies through the festivities, games, and trivia. From 5:30 – 7:30 PM guests enjoyed local food, wines, and cocktails from the restaurants including Cannon Blackthorns, Taste of Greece, Viaggio, Chadwicks, Mesita, Salsa Mexicana, Sangre-DeUva, Bonefish Grill, and Tony Columbos

Additionally Red Door Space primped the guests on the red carpet. Jewels by Kravitz Celebrity Jeweler, Idayne Kaye, and Peter Duffy Furs also walked the Red carpet. The evening was also special because of an an award presented to the night’s Honoree, actor Burt Young. Before his award was presented a special video message from Sylvester Stallone was shown to congratulate Mr. Young.

Gerald Tommaso DeLouise was born April 30, 1940 and is better known by his stage name Burt Young. Mr. Young is an American actor, painter, and author. He is best known for his Academy Award-nominated role as Sylvester Stallone’s character’s brother-in-law and best friend, Paulie Pennino, in the Rocky film series. 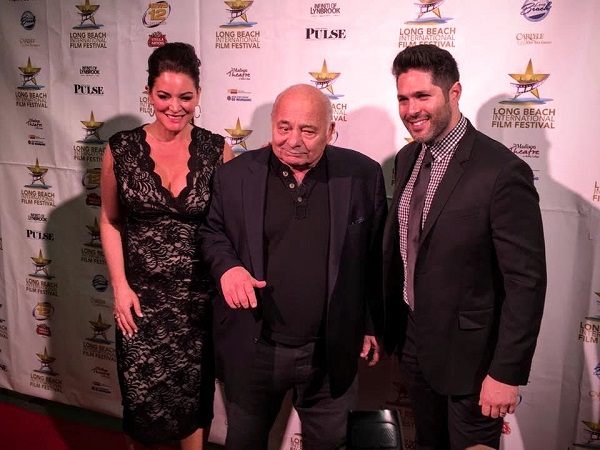 Young was born in Queens, New York, the son of Josephine and Michael DeLouise. During my interview with the iconic actor he revealed he was trained by Lee Strasberg at the Actors Studio. Young is a widower and has one daughter, Anne More. He now lives in Port Washington. Mr. Young also served a tour of duty in the United States Marine Corps from 1957-1959.

Young made his name playing rough-edged working class Italian-American characters, the best-known example being his signature role Paulie in Rocky in 1976 for which he received an Oscar nomination for Best Supporting Actor. He is one of four actors who have appeared in all of the first six Rocky films.Young did not reprise his role in the 2015 film Creed because his character died in 2012.

He has played similar roles in Chinatown, Convoy, Back to School, The Pope of Greenwich Village, Once Upon a Time in America, Last Exit to Brooklyn, Downtown: A Street Tale, and even a brutal and darker role in Amityville II: The Possession. Young has also appeared in many television programs, including The Rockford Files, Baretta, Law & Order, Walker, Texas Ranger, M*A*S*H, and guest-starred in a Miami Vice episode. He also made an appearance on The Sopranos (in the episode “Another Toothpick”) as Bobby Baccalieri’s father, who is dying of cancer and comes out of retirement to execute a hit on his godson.

Young is a painter whose art has been displayed in galleries throughout the world. As an artist, he has collaborated with the writer Gabriele Tinti, for whom he designed the cover for the poetry collection All over, as well as contributing the illustrations for the art book A Man. Young is also a published author whose works include two filmed screenplays and a 400-page historically based novel called Endings.

He has written the stage plays: SOS, A Letter to Alicia, and the New York City Government From a Man With a Bullet in His Head.

I had a wonderful opportunity to chat with Co-Founder Ingrid Dodd on the red carpet.

Cognac: Welcome back darlings, I am Cognac Wellerlane and I am here with the founder of the Long Beach Film Festival and she is going to introduce herself to the camera.

Ingrid: Hi, my name is Ingrid Dodd I am the co-founder of the Long Beach Film Festival and I am also the Director of Development for Motion Pictures and TV for Nassau County.

How exciting is that.

Ingrid: I agree. I think that Burt Young is an iconic figure in American cinema. He has been in over two hundred films and he was nominated for an Academy Award. Not only that he is an artist, writer… he is like a Renaissance man. You know he is amazing and we have known Burt for a very long time. He has supported the Long Beach Film Festival as well as Nassau County. He comes to our press conferences at the studios now that the business here in Long Island is booming. He is just a really awesome human being and I am honored that he accepted. On top of that he will be giving out two scholarships.

Yes I read that, that is pretty amazing.

Ingrid: It is amazing. We have something called the “Do A Good Deed Contest” every year and we encourage students to find their creativity and do something kind for others and we give them awards to be nice. So this year we used Instagram because all the kids are on social media. We had them post something that was kind for someone else–either a photograph or a fifteen second Instagram video and we have the winners here tonight to accept. 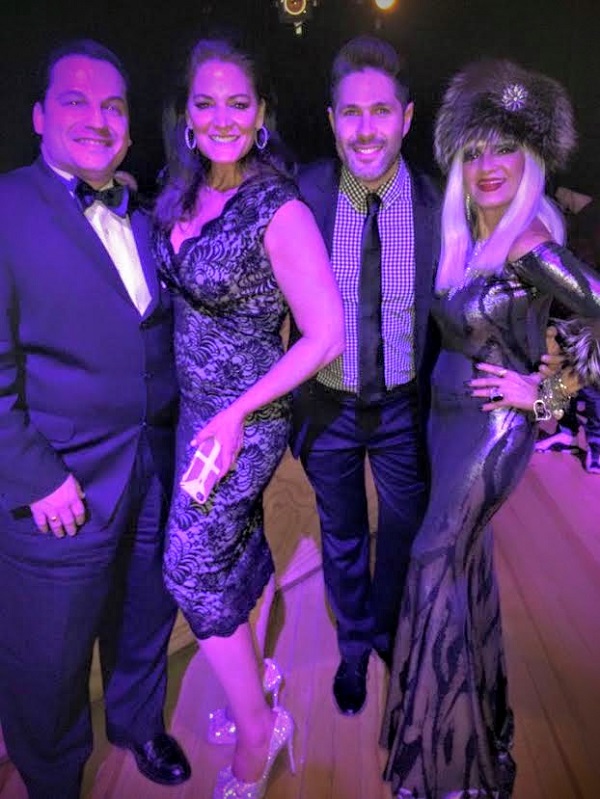 The Long Beach Film Institute gives back to the community by orchestrating the “Do A Good Deed Contest” open to students from 6th-12th grade. Encouraging kindness, and the art of giving back, while using the creativity of video or photography. They have held events for students at The Long Beach Recreation Center, with movie nights and ice skating, encouraging kids to stay safe and gather as a community.

LBFI holds “Shorts On The Beach” every summer, along the breathtaking Atlantic Ocean in Long Beach. A movie theatre is re-created on the beach where independent and studio short films are screened for free public viewing. This brings together people of all ages and keeps Arts Alive on the South Shore of LI. LBFI also assisted the Long Beach High School with creating their first film festival and incorporates film students from colleges and schools all over LI in their internship program. There is also a yearly scholarship awarded to an underprivileged student to attend Madison Theatre Summer Film Camp.

From 7:30 – 8pm there was an award ceremony honoring Burt Young’s generosity and commitment to the Arts as well as education here on Long Island. Also at 8pm was showtime at the Oscars with a special viewing of the Red Carpet with dessert and cocktails provided by: Sami Cakes Boutique, The Garden City Hotel Poppy’s Bakeshop, Front Street Bakery, and Pammy Cake Creations.

Sitting on luxurious comfortable sofas, celebrity guests were able to see a live broadcast viewing of the Oscars on a huge movie screen. Host and comedian Paul Bond ·revealed winners of the raffles that were announced throughout the commercials.

Guest could also purchase their own Hollywood Star of Fame to sign and add to the red carpet. Everyone was able to vote on their very own ballot of who they thought the winners should be. Proceeds will go to benefit the Madison Theatre Film Intensive Scholarship Fund for an underprivileged student to attend the Summer Film Intensive at Molloy College.