Coram is a hamlet and census-designated place located in Suffolk County, Long Island, New York. It is the oldest settlement in the central part of Brookhaven Township. The first settler in the area is thought to be William Satterly who sought permission to open a tavern to cater to the areas travelers in 1677. 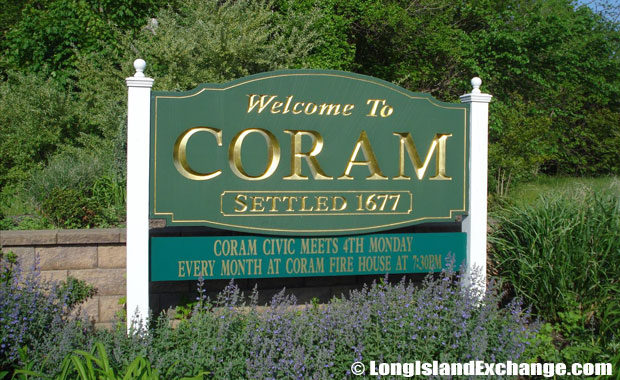 A sign welcomes visitors and residents to the hamlet of Coram located in Suffolk County, Long Island. 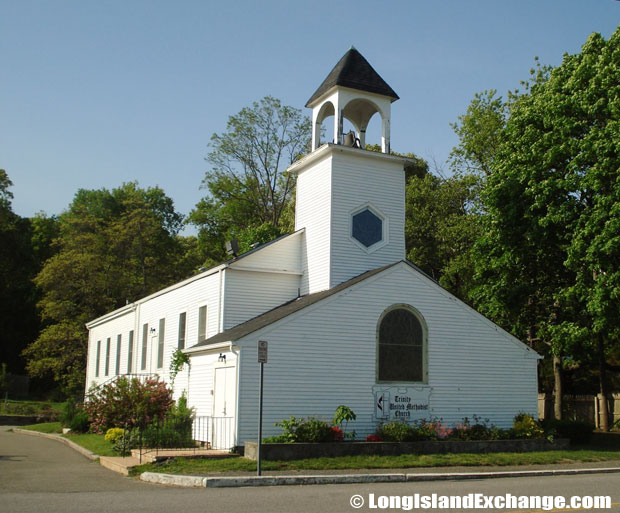 The early name of Coram was Wincoram which derives from the Indian term for “a passage between hills” or “valley.” The land was purchased inexpensive from the Indians and was originally used for cattle pasture by the settlers. The Davis House was the oldest building, and was the main seat of government for Brookhaven Town for over 100 years, from about 1784 to 1885, because of its centralized location. Wagons filled with voters from 10 to 20 miles around gathered each year on the first Tuesday in April for the annual ‘town meeting day’. Voting at the house was conducted in the west front room. The upper rooms were used for canvassing votes. The Justices of the Peace acted as inspectors and also canvassers, and many times canvassed their own votes. 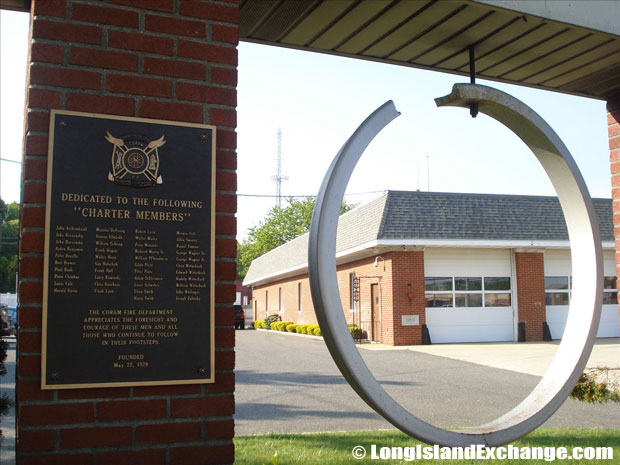 Coram Fire Gong and dedication to charter members of the Coram Fire Department.

In 1884, a proposition to vote in election districts was carried by a large majority. Now, the four-acre property owned by Lester Davis, located at the northeast corner of Middle Country Road and Coram-Mount Sinai Road will be preserved. The condition is that property rights of the home and an acre of surrounding land be turned over to the town. Built in 1750, the house has been used as a farm, tavern and stagecoach stop, and also as a site for local militia in the War of 1812 which led by Captain Lester Davis. 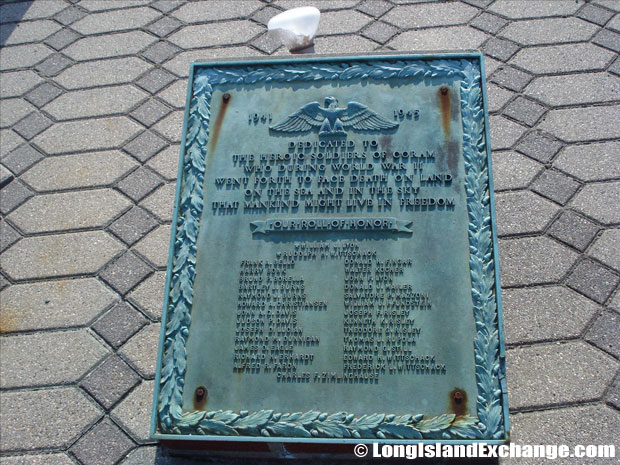 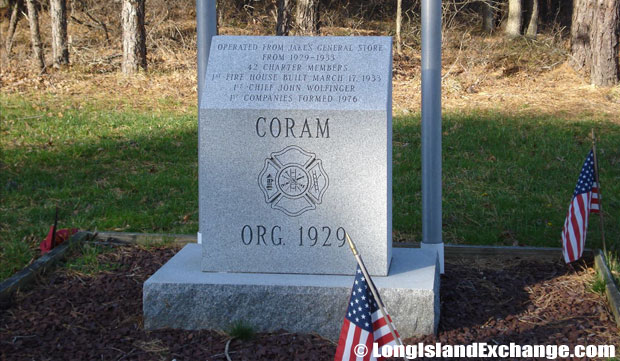 The community is served by Longwood Central School District and there were 9,518 students enrolled and 836 teachers employed at Longwood CSD in school year 2005-2006. One of the attractions in the area is Diamonds in the Pines, a town park recently developed with funds provided by Avalon Bay Communities which is near Avalon Pines at Pine Road and Route 83. The park has its own football fields, huge playgrounds, public golf course, and club house. In 2004, the Avalon Bay Communities launched the luxury apartment complex Avalon Pines in Coram to serve the growing residential needs of the hamlet. Coram has many shops, services and eateries which can be found along Middle Country Road and Route 112. Homes in Coram have many styles you can choose from and include colonial structures, modern condominiums and generous ranches. The priced value normally ranges between $325,000 to $600,000.