Bay Terrace is a neighborhood located in the borough of Queens, part of the Metropolitan area of New York City. It is often considered part of Bayside, New York. It is part of Queens Community Board 7. The neighborhood overlooks the East River and the approaches to the Throgs Neck Bridge from the Clearview Expressway and Cross Island Parkway.

Bay Terrace is also a shortened name for the Bay Terrace Shopping Center, a center of activity for many locals. It is to the eternal credit of modern US society and enterprise to have made such a recreation form out of the everyday urban necessity of shopping. 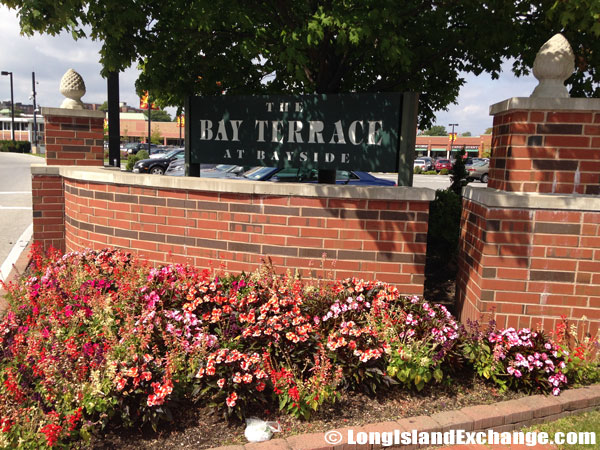 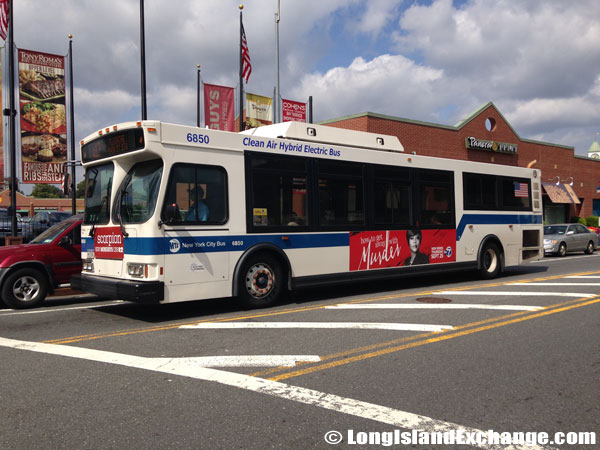 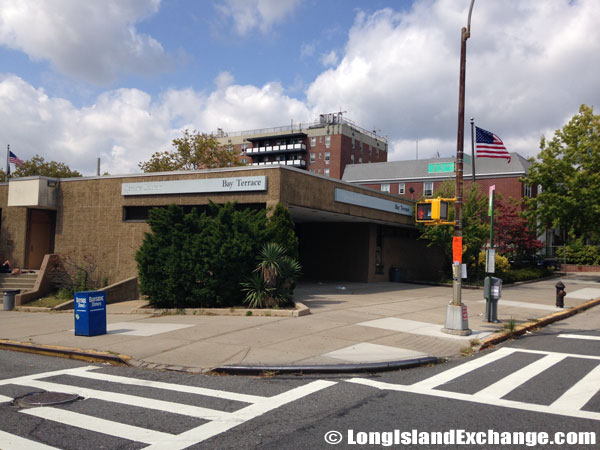 It was started when the Bell family (after whom Bell Boulevard is named) had a farm in Bay Terrace, at the site of the Towers at Water’s Edge near 18th Avenue which was constructed in the late 1960s in between Bell Boulevard and the Cross Island Parkway. In the 1950s, several housing projects made Bay Terrace a place in its own right. It was believed best for residential quarters. The idea was to use its excellent location for people to live in the lap of nature, but before the construction of apartment houses on the overlooking hill, the hill behind the shopping center was the favored sledding hill in the neighborhood. In the long field below the hill, there was a large free-standing rounded boulder which named it “Godzilla’s Eyeball” by Robert Kanzaki and Paul Lieberman. 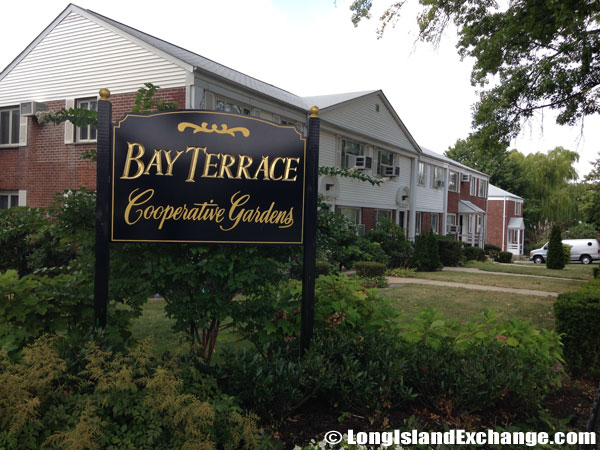 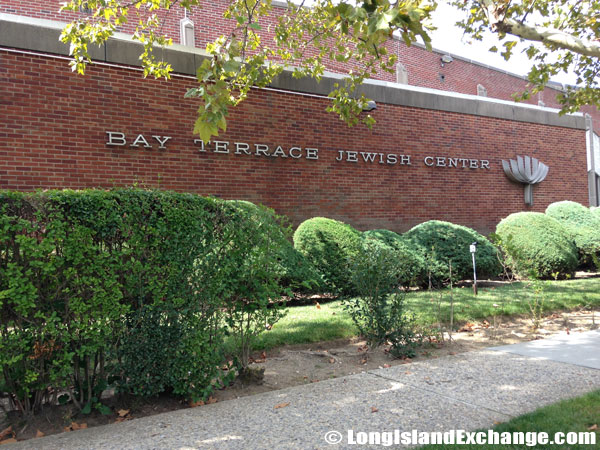 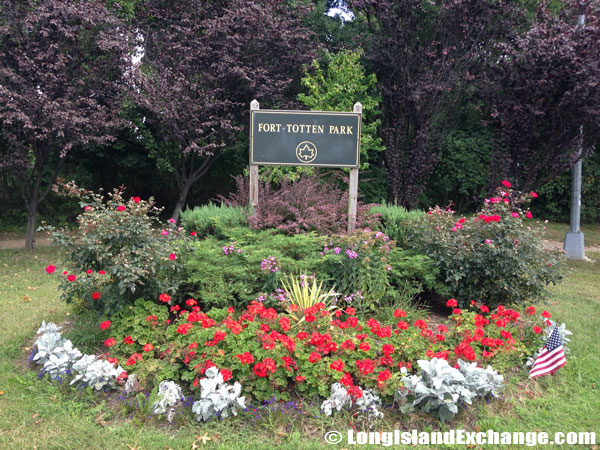 The New York City Department of Education operates Bay Terrace public schools. There is one elementary school in the area which is PS 169 Bay Terrace School. Most students in Bay Terrace attend IS 25 Adrien Block Intermediate School. The area is also served by Queens Borough Public Library. The Bay Terrace Jewish Center and Hebrew and Sunday school along with a large Jewish community center with programs for toddlers through seniors including a pool and tennis center, provide opportunities for individuals and families to participate in an active Jewish life. 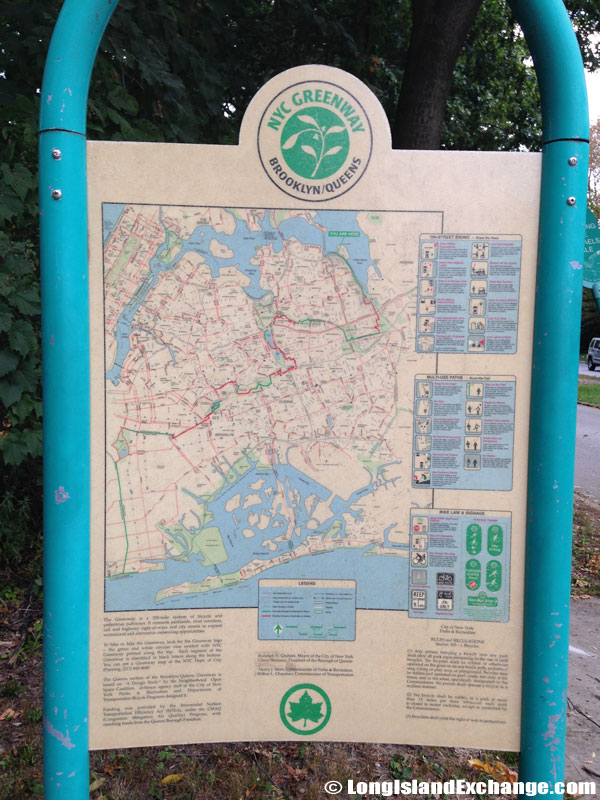 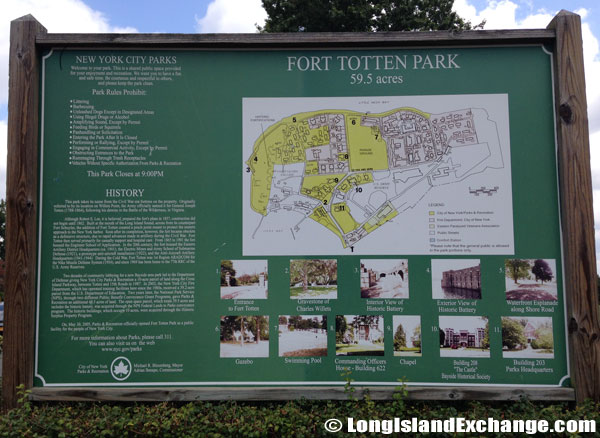 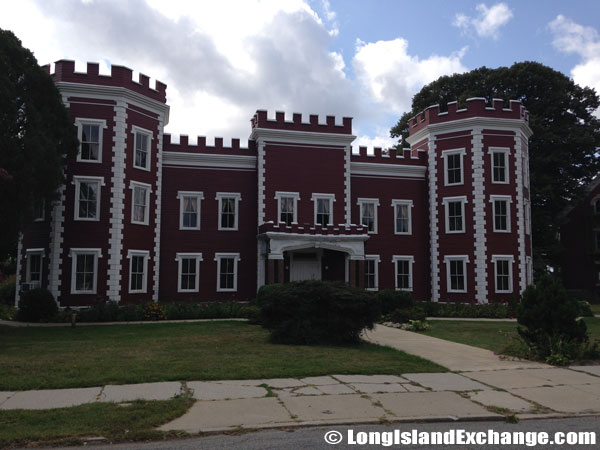 The Fort Totten Officers Club, known as the Castle, which is today home to the Bayside Historical Society. The Castle was listed on the National Register of Historic Places in 1986.

Bay Terrace is home to Fort Totten Park, a historical stretch of land preserving Civil War time fortresses, special events, natural wonders, and many historic buildings. In summer, swimmers can take a dip in the pool and sunbathe around its grassy edges, or take canoes out and paddle along the Long Island Sound. During winter, bird enthusiasts congregate to watch migrating waterfowl rest before their long journey south. Events include Haunted Lantern Tours, Historic Native Americans Tours, and Astronomy. 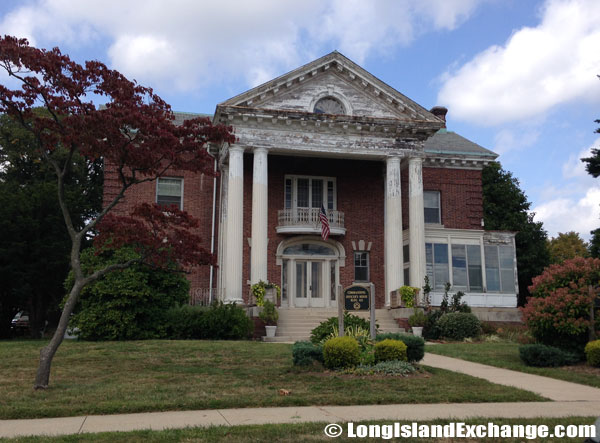 Rumor has it that Fort Totten was the safe house used for a member of the Genovese family mob where he was hidden away during cooperation with Federal Agents in 1970 until taken away to prison in Texas where he died in 1971. 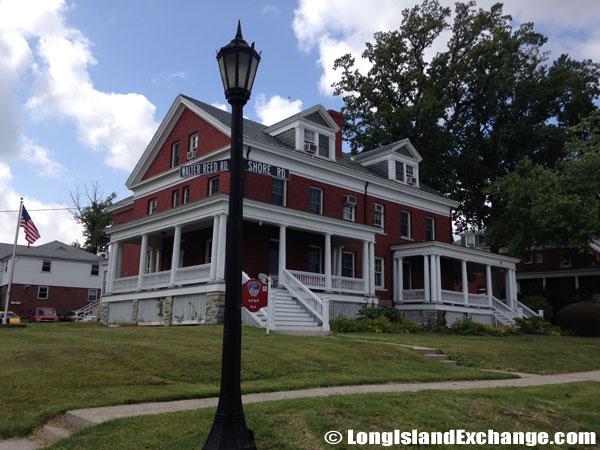 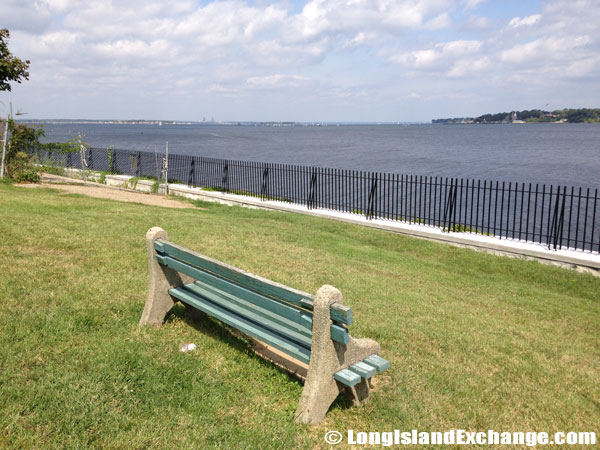 Overlooking the East River in the Bayside Historical area of Fort Totten Park.

Bay Terrace is known for its shopping centers. Parking and access are major concerns, especially when the place is scenic, close to nature and meant for residence and for essential services. The Bay Terrace Shopping Center is the most famous attraction in town. It is big enough to stretch beyond the strictly original limits of the area after which it is named. Heavily advertised brands such as The Gap, Boston Market, Outback Steakhouse, and many more are laid with individually owned stores and outlets with specialty goods and services. It is also an ideal place for a quick stop, a days shopping or a night on the town.