Southern State Parkway connects New York City with East Islip and Heckscher Park. It runs east-west, through Belmont State Park and Republic Airport, and ends at the Nassau-Queens border, where it interchanges with the Cross Island Parkway and Belt Parkway. It serves the southern portion of Long Island and is closely linked with the commuter and suburban culture of Long Island. No commercial traffic is allowed on it. It is part of the unsigned New York State Reference Route 908M. 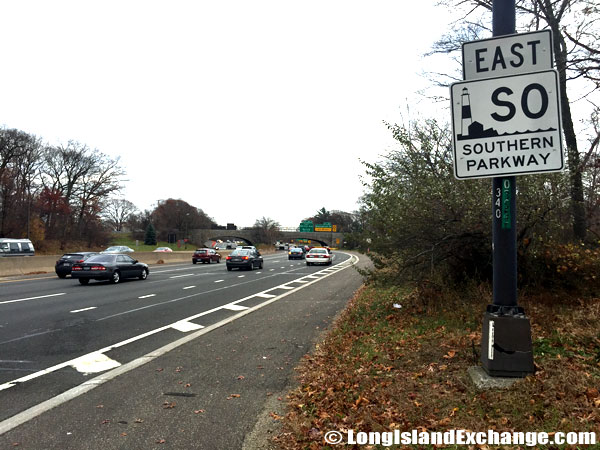 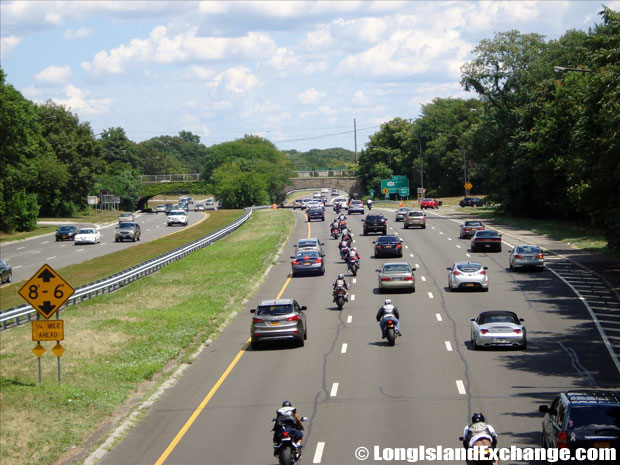 Built between 1925 and 1949 on an undeveloped strip of land belonging to the then city of Brooklyn that ran all the way out to Suffolk County, the parkway is about twenty six miles long. Like other Long Island Parkways, it is surrounded by a belt of greenery on either side and fortunately has no ugly billboards along side. 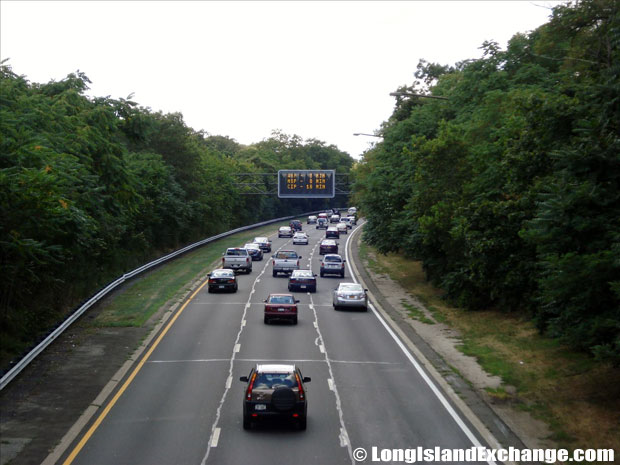 The first section from EXIT 13, Central Avenue to Peninsula Boulevard took two years for completion. In 1929, at the same time as Jones Beach State Park opened, the second section opened east to EXIT 27 (Wantagh State Parkway). A western extension of the Southern State Parkway to Brooklyn evolved into the Belt Parkway. In 1940, the stretch of parkway west to the Belt-Cross Island interchange was ready. 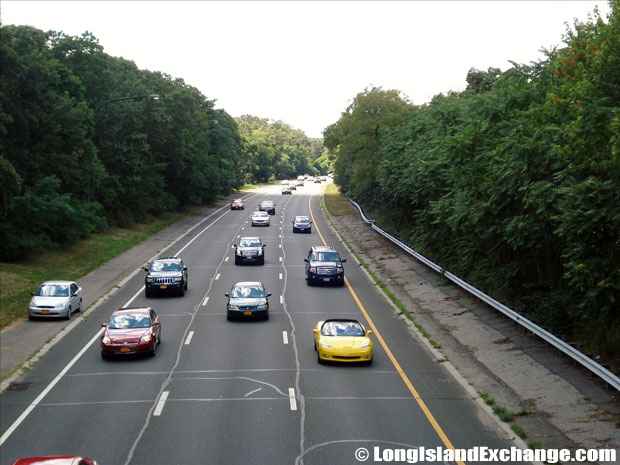 By 1932, the Southern State Parkway had reached the Nassau-Suffolk border in North Amityville. This section continued the undivided four-lane roadway design. As the parkway grew east into Suffolk County it was built as two 25-foot-wide roadways, separated by a ten-foot-wide grassed median. It took ten years for the parkway to extend from Belmont Lake State Park and reach its originally planned terminus at Bay Shore Road in 1949. In 1962, the Southern State Parkway was extended east of this location as the Heckscher (Spur) State Parkway. 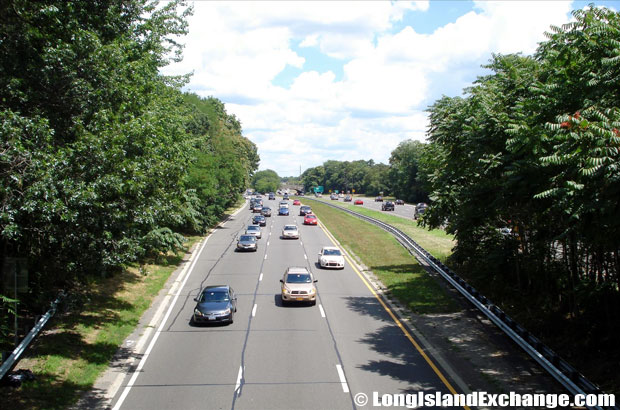 The Southern State Parkway was one of the first limited-access highways in the country. Over the years, many changes were incorporated to improve traffic movement and highway design. A 15-inch-high concrete barrier was installed down the center of the undivided four-lane roadway through Nassau County to separate the eastbound and westbound lanes. A new parallel roadway separated from the original by a variable median was built between 1954 and 1963, providing eight lanes between the Belt-Cross Island interchange and EXIT 18.

Despite the improvements, portions of the Southern State Parkway remain congested and dangerous. One section in Nassau County is particularly prone to accidents with its sharp curves and short acceleration and deceleration ramps, and is often referred to as “Blood Alley.” Safety improvement work is going on and will continue till the end of this decade.