No commercial traffic is permitted on Northern State Parkway which connects Hauppauge with New York City. Serving the northern portion of Long Island, it reaches the Bronx and Westchester via the Triboro Bridge. In New York City, it becomes the Grand Central Parkway. Planned in the earliest days of the Long Island State Park Commission, the Northern State Parkway was meant to make the parks in the suburbs accessible to NYC and routed through the highlands in Wheatly (Old Westbury), Manetto (Plainview), Half Hollow and Dix Hills. 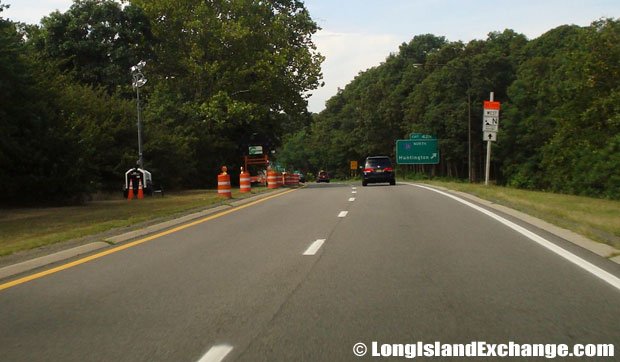 The property owners along Nassau County’s North Shore feared this would intrude on their privacy and lobbied to stop the right-of-way acquisition by Nassau County. A compromise was reached and changes made in the route. Landowners in East Hills and Old Westbury wanted to keep the parkway off their land resulting in a two-mile detour, Objectors’ Bend, to avoid a group of exclusive residences. Original plans show the route of the Grand Central Parkway south of the Northern State Parkway but later plans merged the two.

Construction of the Northern State Parkway began in 1931 with a ceremony at the Queens-Nassau border. The first section of parkway from Grand Central Parkway eastward to Roslyn was ready in 1933. Simultaneously the Grand Central Parkway extended west to Queens Boulevard in Kew Gardens. Soon the section around Objectors’ Bend to Carle Place was complete. 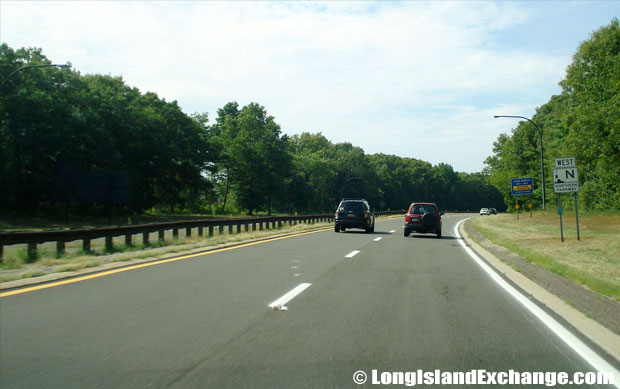 The parkway was a 44-foot, undivided road of four lanes, two in each direction. Mountable concrete curbs edged the turf shoulders. Lawns were created on curves to improve visibility. Native trees on the lawns and rolling hills added to the beauty. The Westbury section of Northern State Parkway had several effective features, such as grade-separated crossings, divided lanes, cross-arm lighting standards, dark-colored pavement, accelerating lanes at entrances and exits, funnel entrances, sloping curbs, and wide level shoulders incorporated together for the first time. 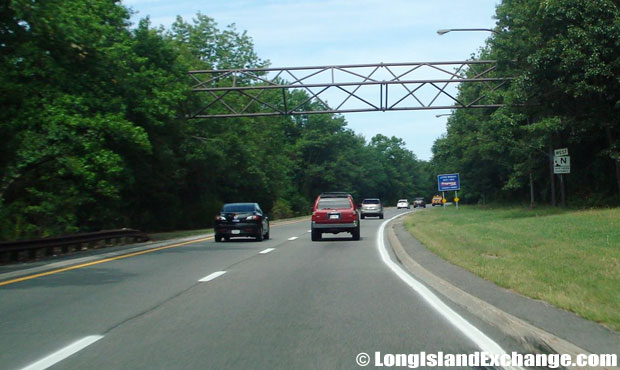 The pioneering design of nine-foot-wide grass median separating opposing roadways was used in all subsequent parkways built on Long Island. The parkway extended east and the final segment to the Veterans Memorial Highway junction in Hauppauge was completed in 1965. The newer parkway section has two individual roadways separated by a wide median.

To cope with increase in traffic volume and speed, a 15-inch-high concrete barrier was installed in the four-lane undivided segment between the New York City line and Glen Cove Road in 1952. By 1970, this was widened to six-to-eight lanes. Federal and State traffic safety guidelines were introduced subsequently, including MUTCD-compliant signs, modern high-intensity lighting, concrete “Jersey” barriers and sand-filled impact attenuators. In the mid-1980’s, roadbed sensors, electronic overhead signs and signaled ramps were installed. The Northern State Parkway between EXIT 31A and EXIT 33 was widened by 1998. 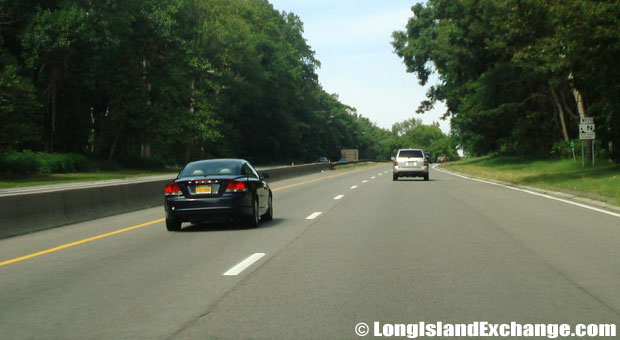 Subsequent widening project through Westbury made the parkway three lanes in each direction, with wide shoulders and median. Bridges that needed extending were constructed offsite in New Jersey and replaced at night when the parkway was closed. The stone from demolished bridges was salvaged for reuse and new stone was obtained from the original quarries. Bridges were modified slightly to make each distinctive. 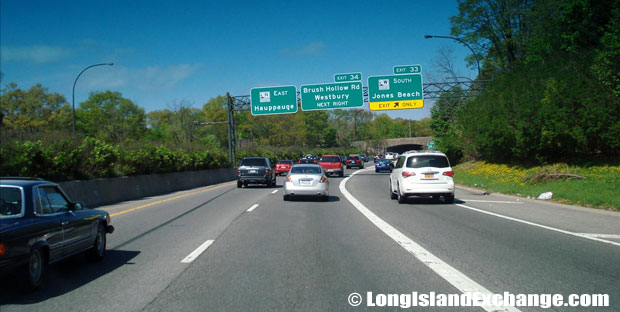 A new drainage system to address chronic flooding and replacing the cloverleaf interchange at EXIT 40 with a five-ramp, modified “diamond” interchange are new improvements. NYSDOT plans to add westbound exit and eastbound entrance ramps to EXIT 46 to alleviate congestion.