The Belt Parkway is a series of limited access highways that circle Brooklyn and Queens. Originally known by different names in different sections it is also today referred to as Belt System or Circumferential Parkway. The different sections are Shore, Southern, Laurelton, and Cross Island Parkways. Shore Parkway begins at the western terminus at the Gowanus Expressway and goes along The Narrows and Gravesend Bay through the Bay Ridge and Bath Beach neighborhoods of southwest Brooklyn. Shore Parkway continues east near Coney Island and Sheepshead Bay to the Gateway National Recreation Area and Jamaica Bay to Howard Beach. Southern Parkway extends in Laurelton and Laurelton Parkway in Cambria. Cross Island Parkway runs to Whitestone. 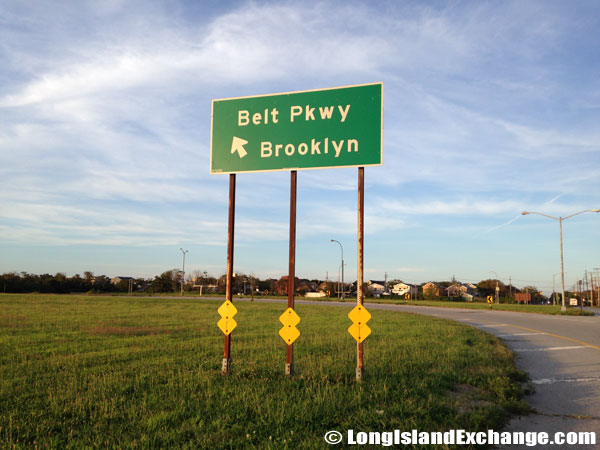 A sign in the Rockaways points drivers to the Belt Parkway to Brooklyn. 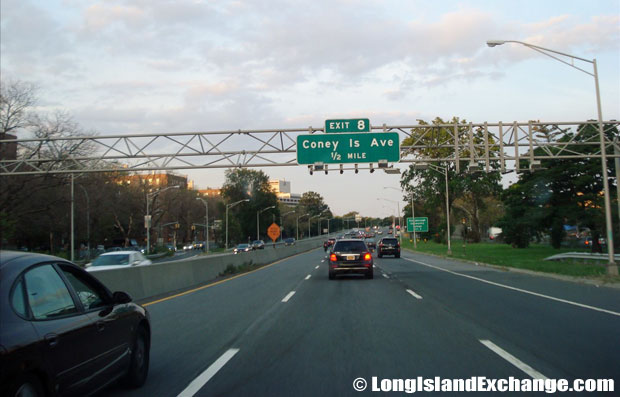 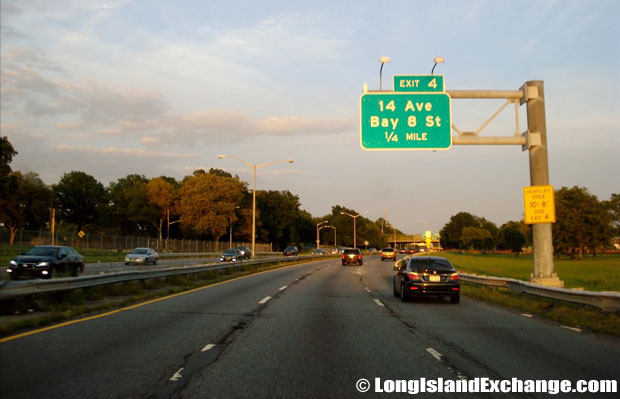 It has several ceremonial names too: the section between Bay Ridge and Coney Island is the “Leif Ericson Drive” and section between Coney Island and Laurelton is the “POW-MIA Memorial Parkway.” Originally, from its opening in 1941 until 1972, the Belt Parkway was signed as “NY 27A.” In fact, even in the mid1980’s, there was an NY 27A sign posted on one of the Belt’s remaining wooden light posts. Only the Cross Island Parkway keeps its own name. The Belt Parkway connects the Verrazano Bridge and Southern State Parkway.

The Belt Parkway was planned in1930 as a limited-access arterial route within New York City. Construction of the 36-mile-long parkway, which included the 11 ½-mile-long Cross Island Parkway, began in1934 as the greatest municipal highway venture ever attempted in an urban setting. It was ready by1940 except for a two-mile stretch between Sheepshead Bay and Marine Park where landowners needed persuasion, and was completed a year later. 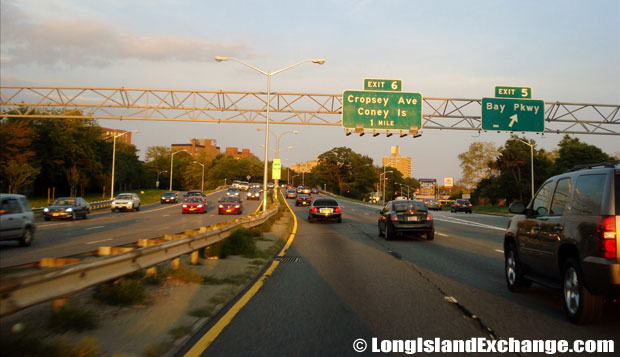 The parkway was inspired by those in Long Island with a series of similar “ribbon parks” and walkways along the way. This was not just to add to the beauty of the road but encourage residential development and reduce pollution. When complete, the parkway skirts 26 park areas totaling more than 3,500 acres. The design too was based on the earlier Long Islands roads with dark-colored main roadways and light-colored entrance and exit ramps. The road provides quick access to Manhattan from the shorefront of southern Brooklyn and Queens and to the Long Island and Westchester parkways. 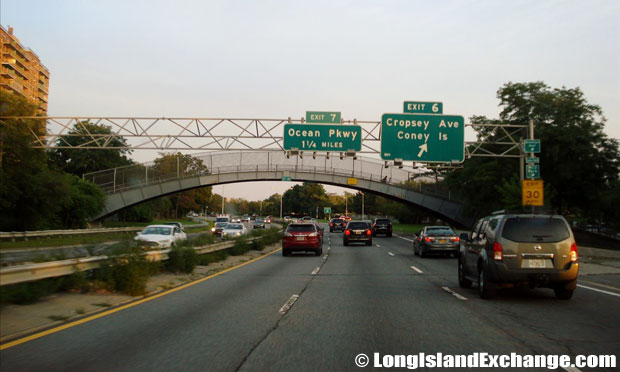 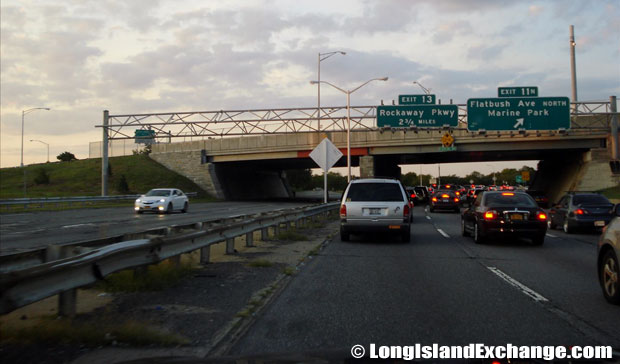 Sodium vapor light fixtures were installed on the traditional timber light posts. There are many notable feats on the parkway. The Belt-Cross Island route has 47 road bridges, six pedestrian overpasses, five railroad bridges and six over-water crossings. Most noteworthy were the 2,740-foot-long viaduct over the Coney Island subway yards and the Mill Basin drawbridge. 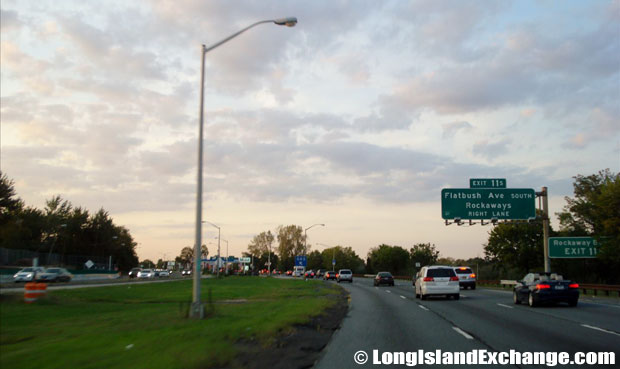 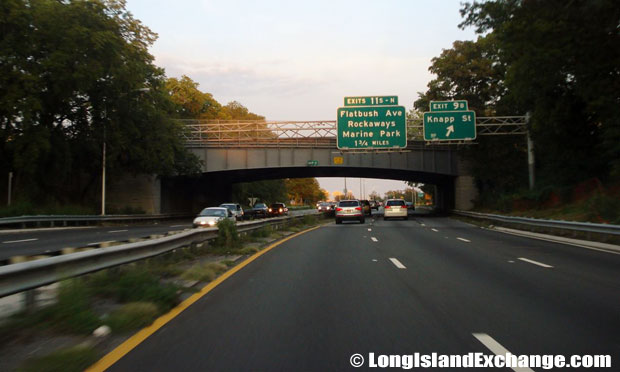 For a time 15.6 miles of the Belt Parkway were considered for inclusion into the Interstate system but it was voted out. The full loop around Brooklyn and Queens was completed when the BQE was ready in 1960. The original road had four 12-foot-wide lanes and a wide grassy median, which was later widened to six lanes during the late 1940’s. Only the Laurelton Parkway section was widened to seven lanes. 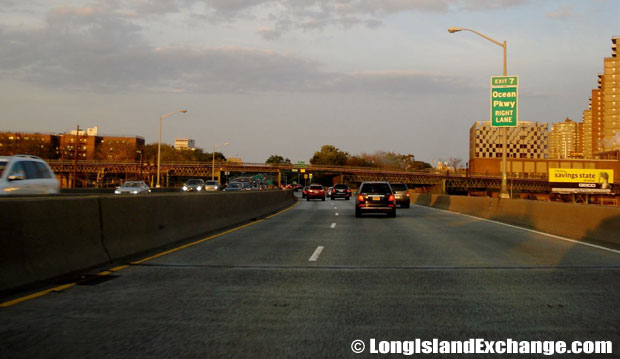 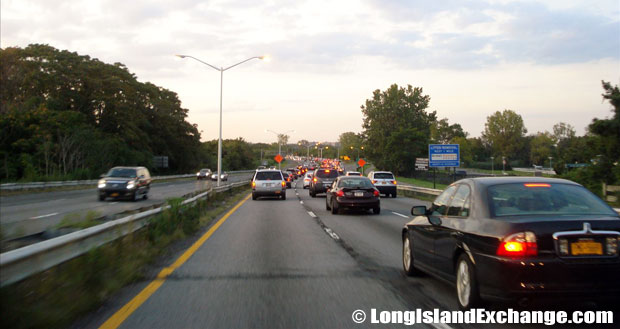 Over the years, much road repair work has been carried out. Currently the NYSDOT is rebuilding four major bridges – the Mill Basin, Fresh Creek, Gerritson Inlet and Paerdegat Basin bridges in Brooklyn. They also plan to rehabilitate overpasses, resurface the main roadway and ramps, and make other safety and operational improvements along the Belt Parkway mainline.