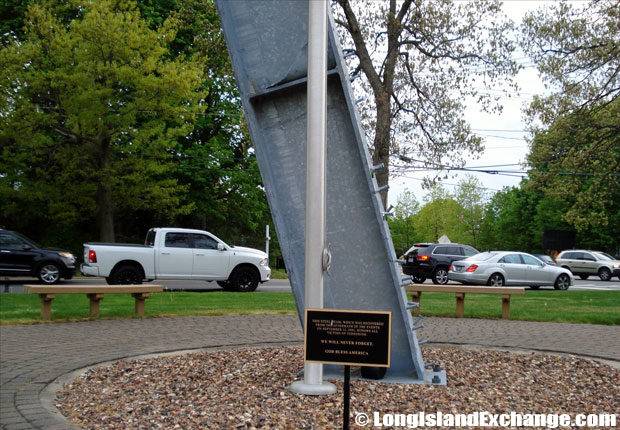 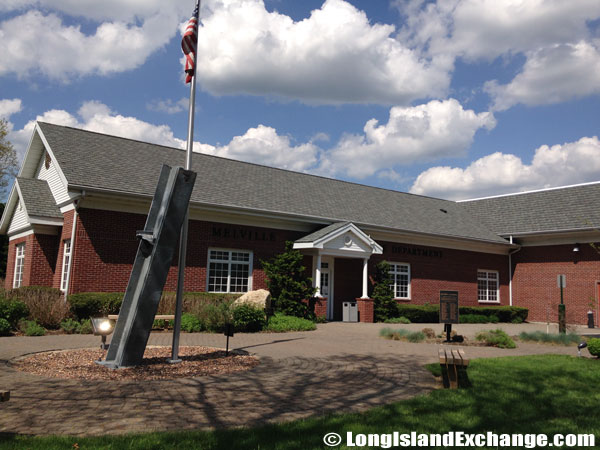 Sweet Hollow was the former name of the hamlet and replaced by Melville in 1854. It was selected in honor of Herman Melville, an American novelist and a story writer. Most of the residents in Melville have good jobs with good salaries. The large segment of the population in the town with spending money keeps the town very important. The community is a good place to live and stay. 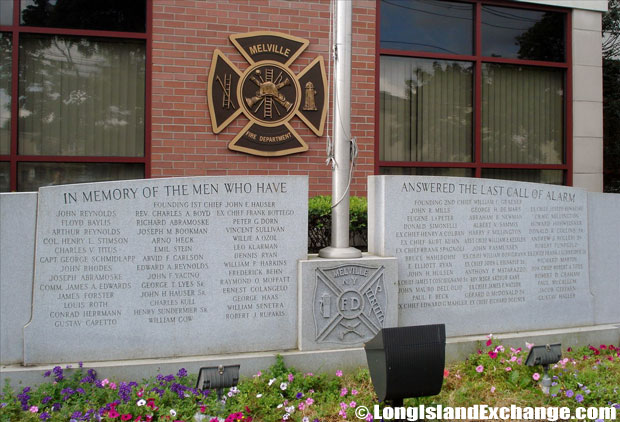 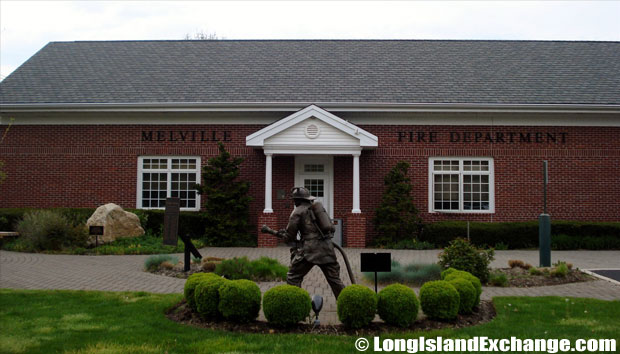 A Firefighter Statue outside the Melville Fire Department. 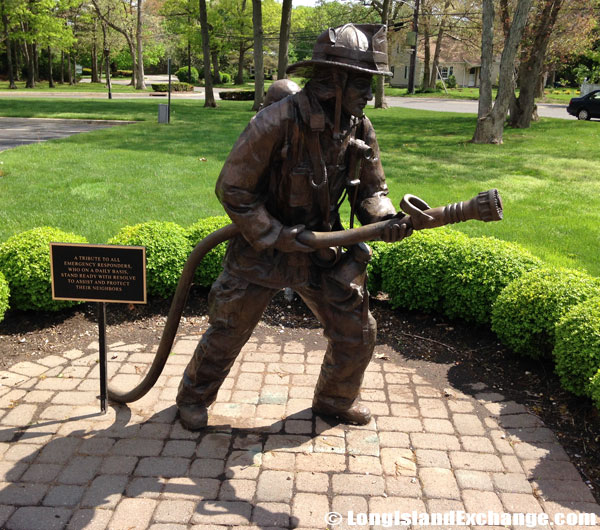 Many great houses are very affordable with different structures you can choose from including single- family homes, condominiums and senior citizen housing. Private homes range from $430,000-$1.2M+ depending on style. Homeowner associations are also available in the area. Aside from real estate, many great attractions make the community very interesting. The Jayne’s Hill is the highest point on New York’s Long Island and it is situated in West Hills Country Park, a little more than a mile to the north of Melville. The White Post Farms which is in business for almost 40 years had a major contribution in the community to produce flowers and other products consistently. Melville has high marketing forces with abundance of stores, service businesses and eateries also line the north-south corridor, which leads to the Long Island Expressway and the Northern and Southern state parkways. 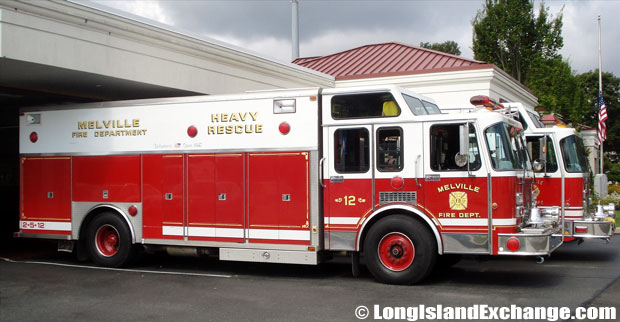 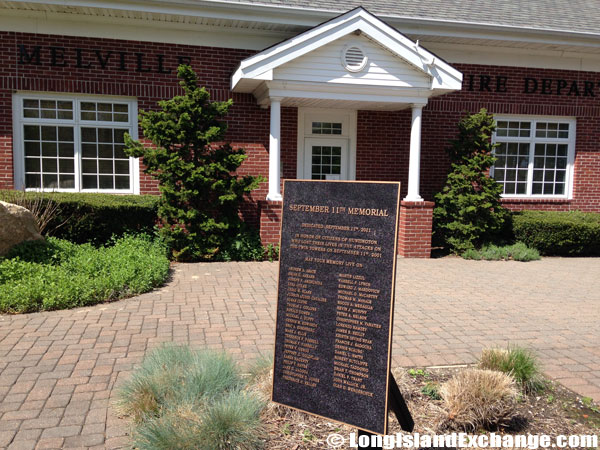 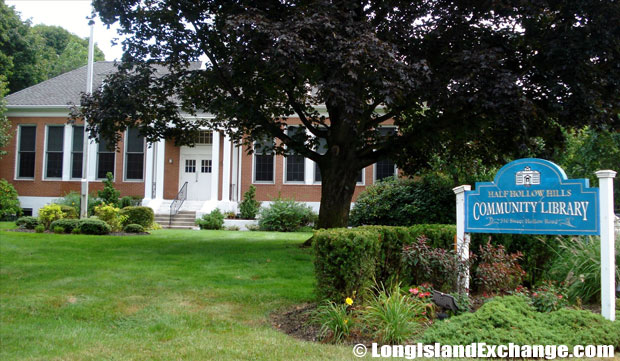 Northrup Grumann, once in business in Melville, was one of the largest businesses on or near the front line with the most sophisticated naval radar and tracking systems that only the US Defense Department and those of wealthy and powerful nations can afford to buy. 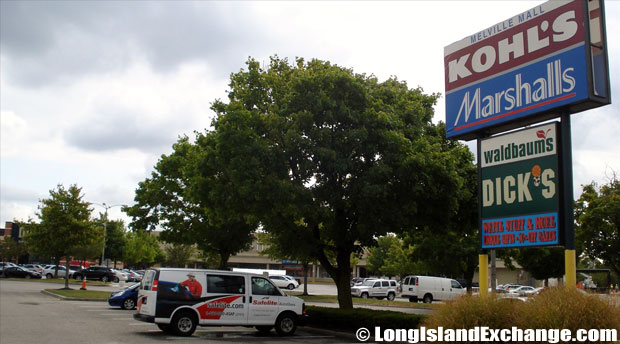 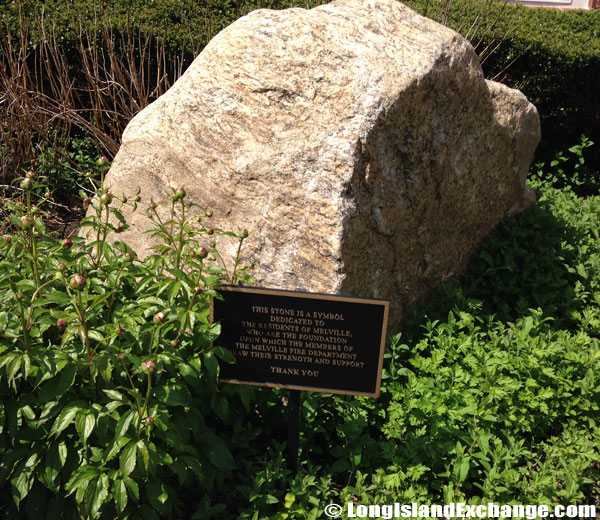 A stone dedicated to the residents of Melville who are the foundation upon which the memders of the Melville Fire Department draw their strength and support, thank you.

The ‘Extended-stay’ chain has a property in Melville. Its studio suites serve as a home away from your real one. You can work, relax and cook your meals when you choose to stay here and there are rates just below $ 100 a night that come as a pleasant surprise. The Marriott at Melville rivals the Hilton with comparable facilities and comparably impressive rates. Well heeled local residents would be suitably impressed when you drop its name. 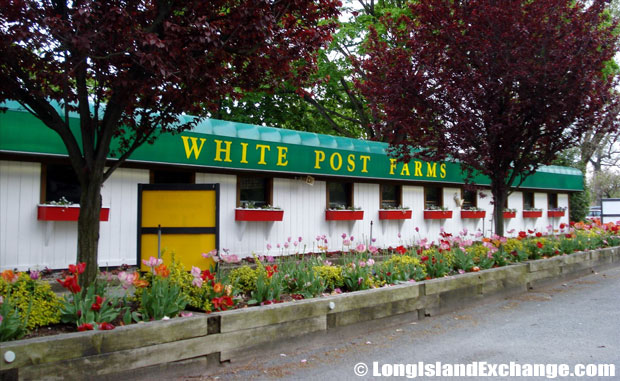