Rocky Point is a hamlet and census-designated place located in Suffolk County, on the North Shore of Long Island, New York. It is within the Town of Brookhaven along the Long Island Sound, 7 miles east of the harbor of Port Jefferson.

Rocky Point is one of the four north shore towns represented in the Council of Dedicated Merchants (CDM – Chamber of Commerce) whose members work together to promote local business; there are over 90 establishments along the strip in Downtown Rocky Point. 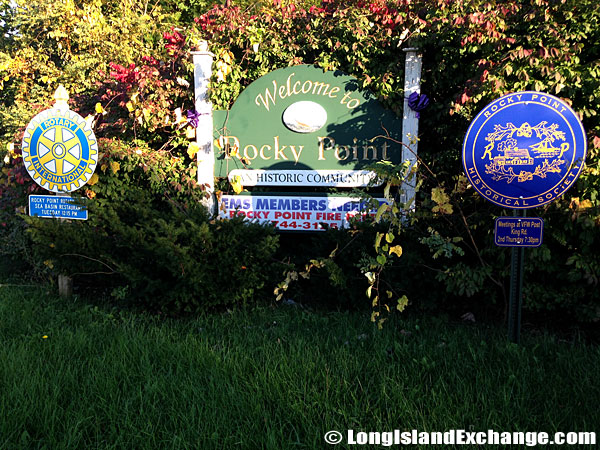 A sign centered between a Rotary International sign and a Historical Society sign welcomes visitors and residents to the community of Rocky Point, on the north shore of Long Island. 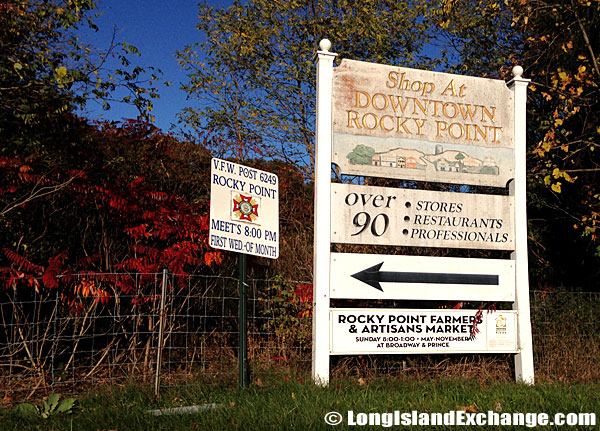 A sign guides visitors to over 90 establishments along the strip in Downtown Rocky Point. 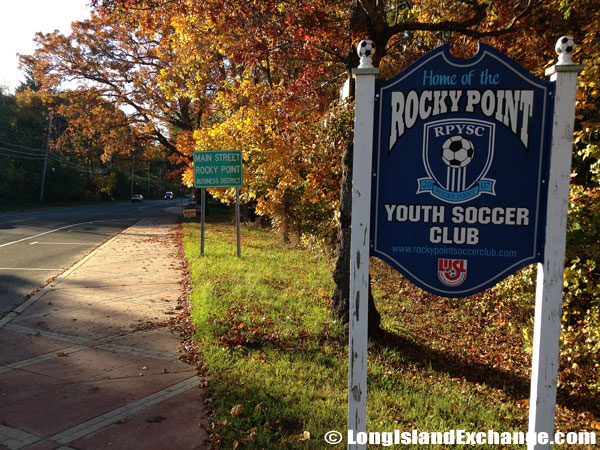 Headed towards the business district of Rocky Point from the east passes a youth soccer club sign on the right side of the road, headed towards Broadway. 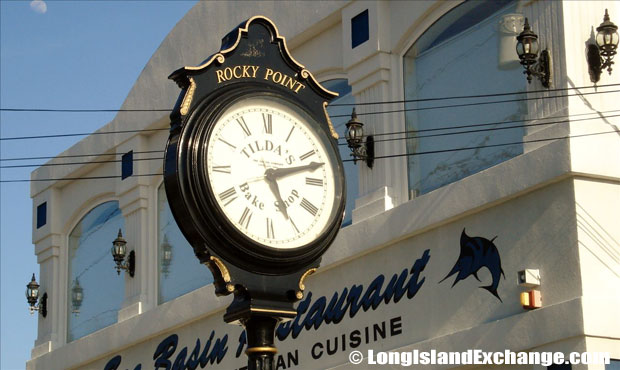 A two face clock speaks to Rocky Point visitors letting them know they have reached its city limits. 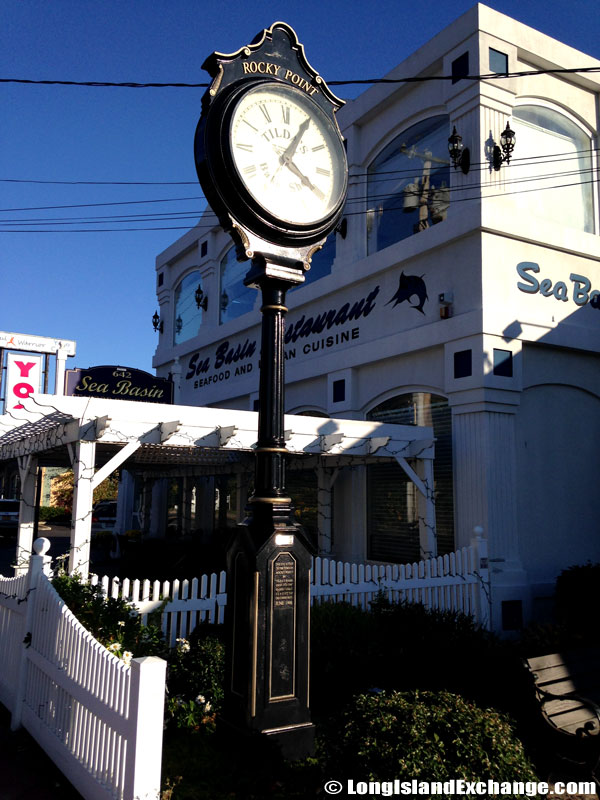 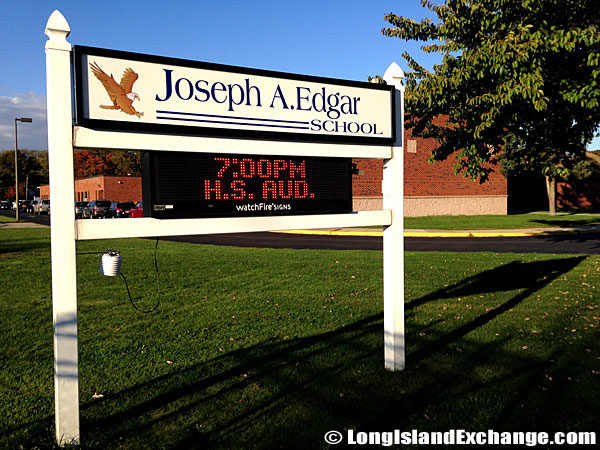 The Joseph A. Edgar Intermediate School.

The area was once a home to the site where American radio company RCA operated a very large transmitting and transmitter research facility known as Radio Central. The radio company began to transmit transatlantic radio messages from Radio Central after its opening on November 5, 1921. RCA Radio Central at Rocky Point was considered the world’s largest and most powerful wireless transmitting station, and after World War I, Radio Central was established at the suggestion of Navy officials to acquire the American Marconi Wireless Telegraph Company. This was encouraged by the government because of the importance of an American-owned and operated overseas communications system. In 1970s, the 5200 acre Rocky Point site was demolished and now consists of many concrete ruins and downed telephone poles and radio towers. 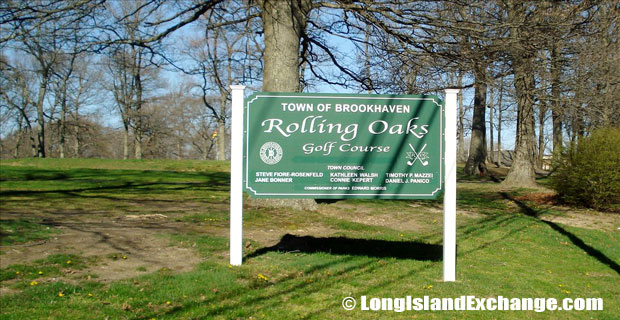 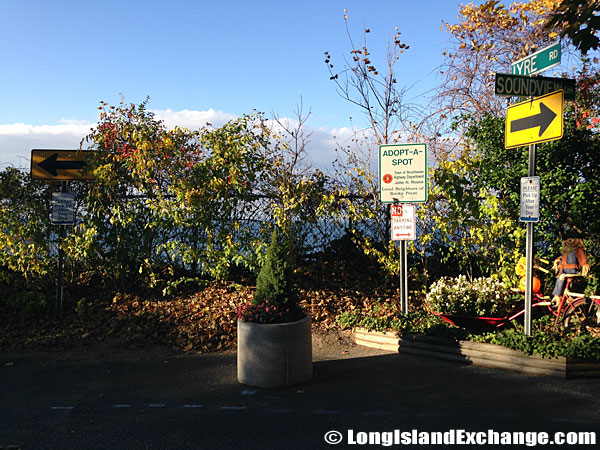 A view along Soundview Drive, along the Long Island Sound. 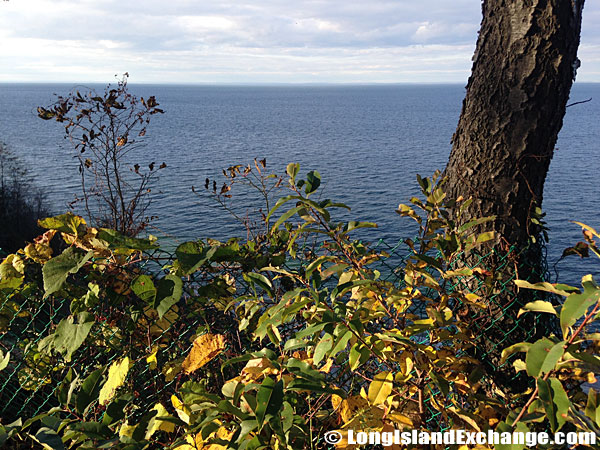 Breathtaking views of the Long Island Sound can be seen along Soundview Drive in Rocky Point. 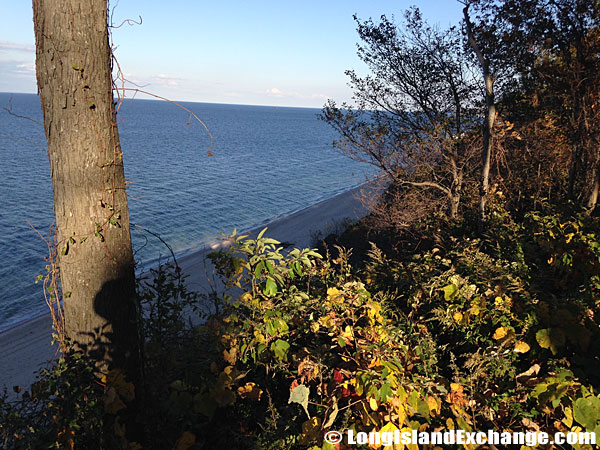 Breathtaking views of the Long Island Sound can be seen along Soundview Drive in Rocky Point.

Home of the Rocky Point Eagles. 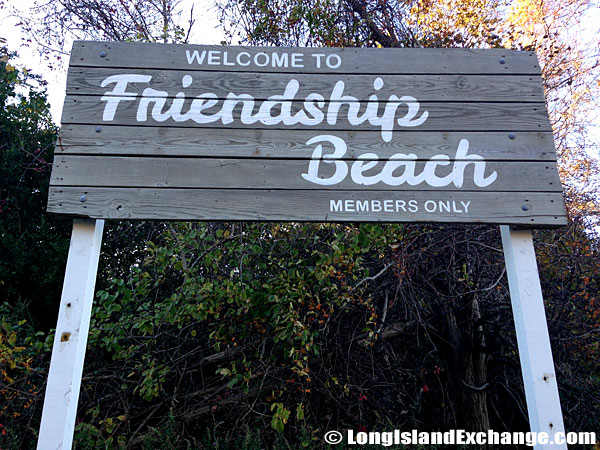 The private members only white-sand beaches of Rocky Point at Friendship Beach. 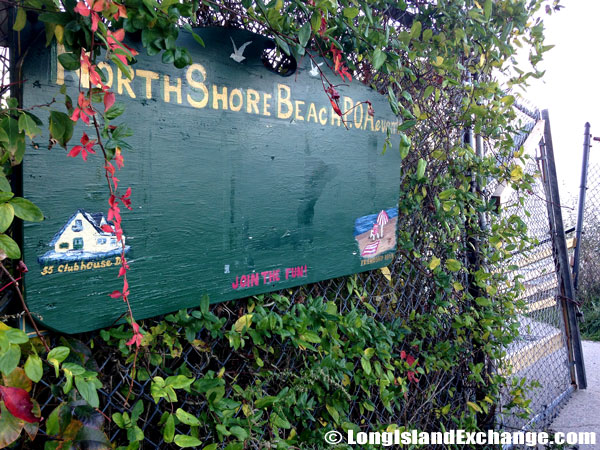 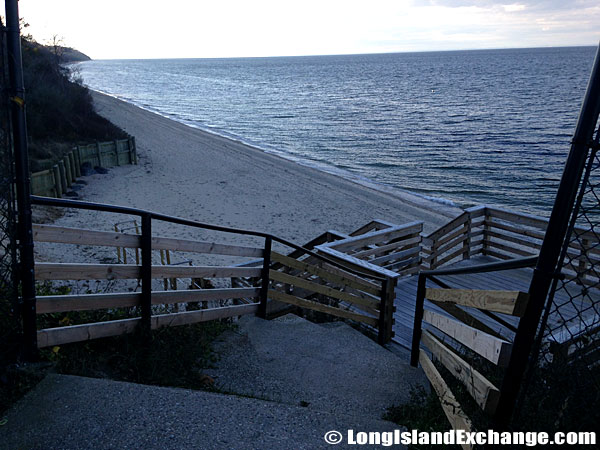 A look down the steps towards at Friendship Beach. 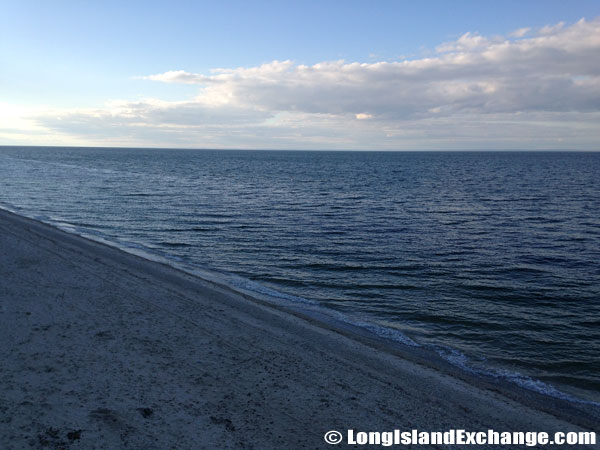 Looking out to the Long Island Sound at at Friendship Beach.

The community is served by Rocky Point Union Free School District which has one elementary school, one intermediate school, one middle school, and a high school. The district has an excellent educational programs and in continuous process of public awareness activities, screening and evaluating all young children with disabilities and their families. 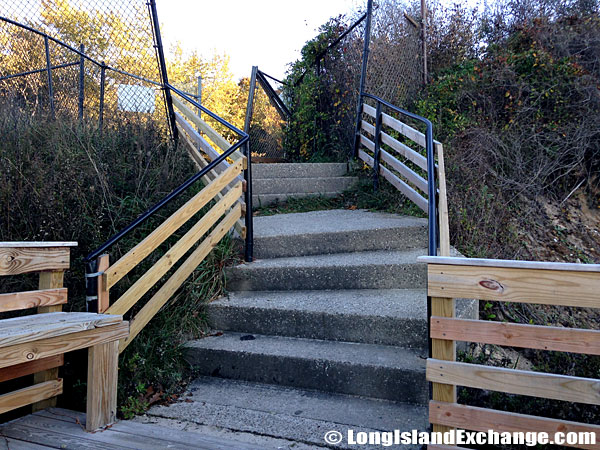 The steps back to the parking lot at at Friendship Beach. 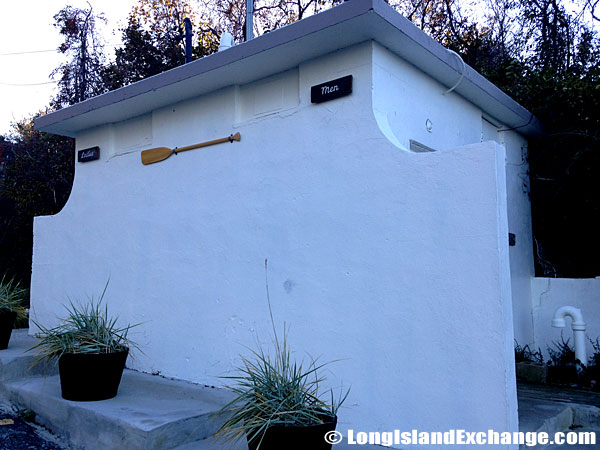 Rocky Point’s main business district is along Route 25A and along Broadway. Its Fire Department covers an area of approximately 25 square miles including the hamlets of Rocky Point and Shoreham, the Incorporated Village of Shoreham and parts of Miller Place and Ridge. One of the historical landmarks in Rocky Point is the Noah Hallock Cemetery which is the oldest tombstone, dated 1766. With about forty members of the Hallock family are buried at the little cemetery on Hallock Lane. 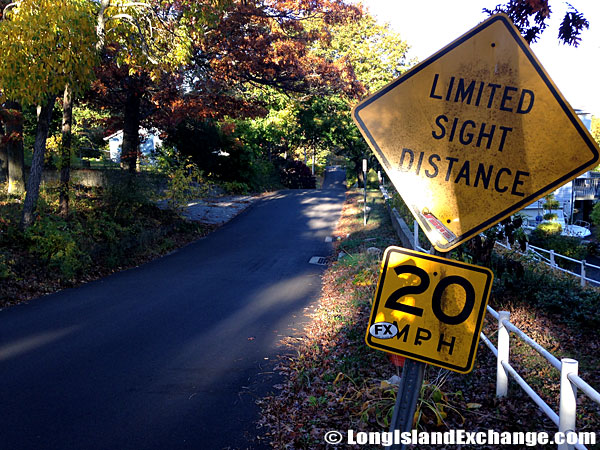 One of many residential areas with winding hilly roads and limited sight distance in Rocky Point. 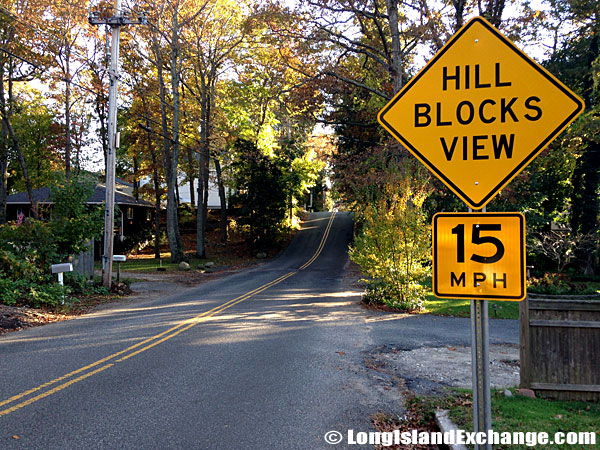 A sign warns drivers that the upcoming hill significantly blocks your view; drive no faster than 15 miles per hour. 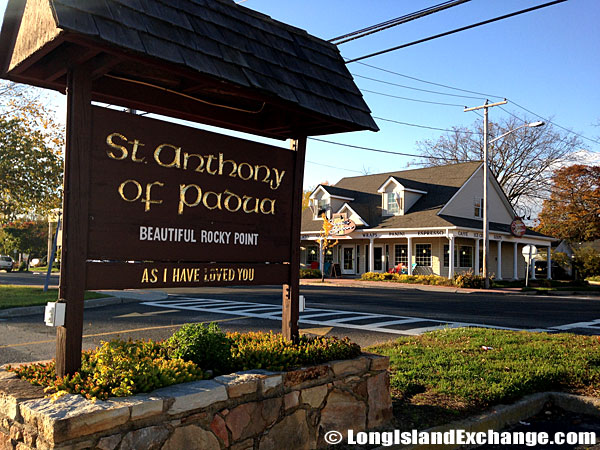 While most shopping centers, restaurants and business services are along Route 25A; the beaches, the natural resources, geographic beauty and sublime ecology are protected by local residents and government.