Route 25A, commonly known as NY 25A, is located in Long Island New York. This state highway travels in a east to west direction for the majority of the North Shore of Long Island. It covers a distance of 73 miles from Queens to Calverton in Suffolk County and also serves as a northern bypass for NY 25 (Jericho Turnpike). Route 25A offers a scenic path as it travels through popular areas such as Brookville, Fort Salonga and Centerport. The route has been given numerous names along its path, including Northern Boulevard, North Hempstead Turnpike and Main Street, among others. 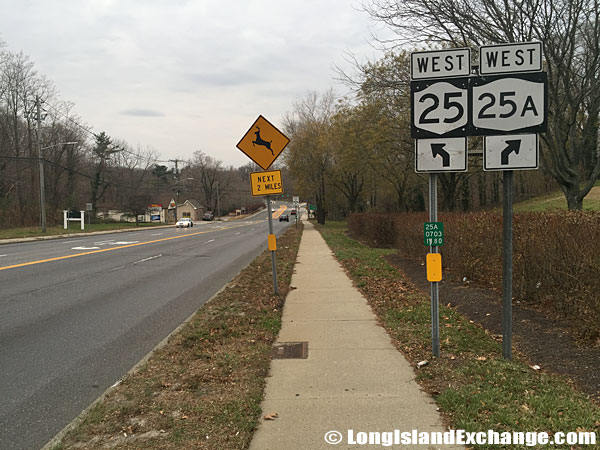 Route 25A westbound in Smithtown near the Bull where 25 and 25A intersect and then separate again. 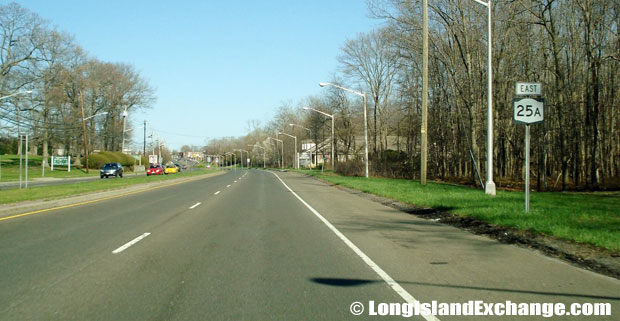 Before the original road in Suffolk County was turned into Route 25A, it required realignment and straightening in many locations. The modern part of the highway that is located east of New York City became a part of Route 25 during the 1920s. By 1930, the highway was extended southward and eastward and during 1930, the state highways were renumbered and at this time, part of Route 25 and Route 25A were interchanged. 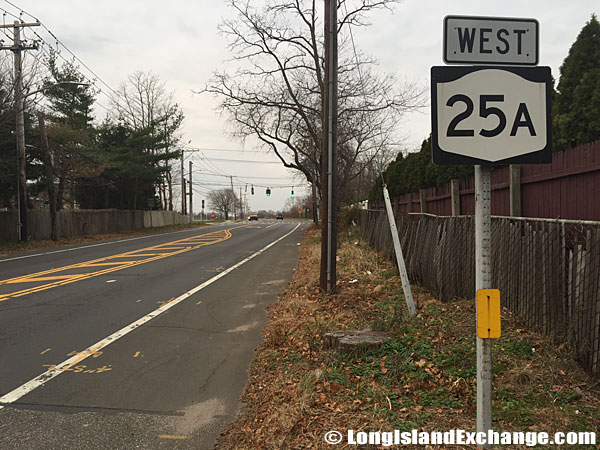 Route 25A in Kings Park just east of the Kings Park High School which is at the intersection ahead. 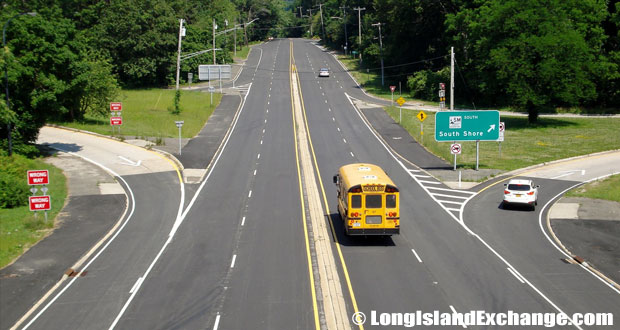 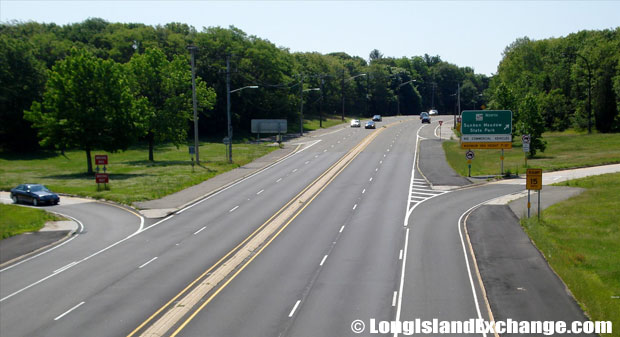 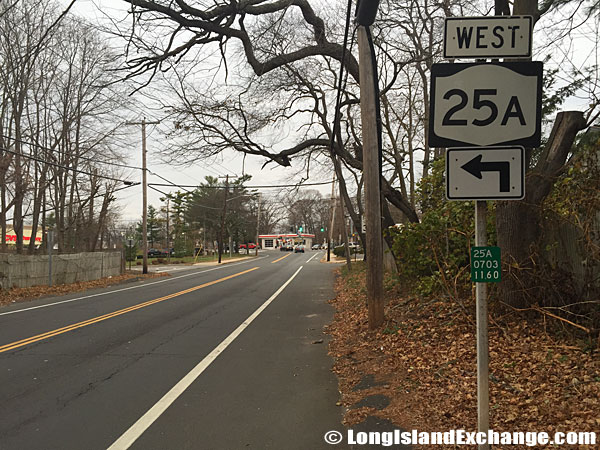 25A in Smithtown approaching the Kings Park area towards the west and San Remo straight ahead.