New York State Route 25 is located in Queens, Nassau, and Suffolk counties which are considered a major east-west road running from east midtown Manhattan, to the Cross Sound Ferry terminal at Orient Point on the end of the North Shore of Long Island New York. More specifically, Route 25 which is referred to as Jericho Turnpike runs east through Nassau and western Suffolk Counties.

The first section of NY 25 is the Queensboro Bridge, a bridge over the East River from Manhattan to Queens. In Bellerose, the roadway passes over the Cross Island Parkway and turns east onto Jamaica Avenue. Jamaica Avenue becomes the Jericho Turnpike as Route 25 departs New York City. 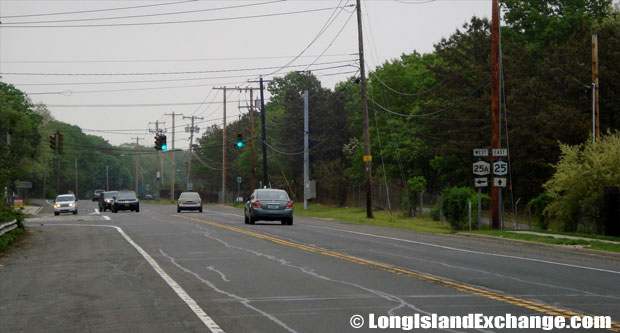 Other areas such as Smithtown, NY 25 and NY 25A are multiplexed as Main Street. When they split, NY 25 is called Middle Country Road. It keeps this name until Riverhead. After Riverhead, NY 25 is called Main Road and it runs along the North Fork as a small two-lane road. It ends at the ferry terminal at Orient Point, the easternmost point on the North Fork. 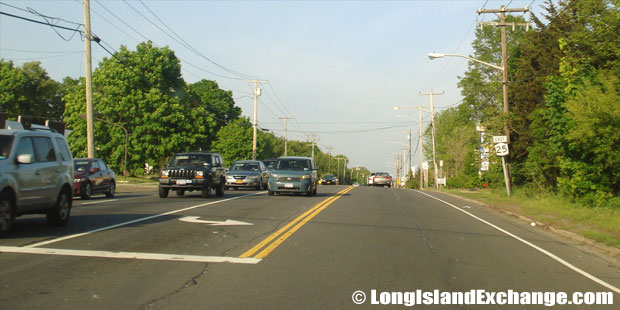 There were many former segments of the roads NY 25 followed exist along the current alignment, with most prefaced by the word “Old” in the road name. Within Jericho, Old Jericho Turnpike parallels the current road from a point east of the NY 106/107 interchange and Marian Lane, where the old alignment merges with the current NY 25.

In the early-1970s, the New York State Department of Transportation (NYSDOT) wanted to install frontage roads along a divided Route 25 between Nesconset and Lake Grove as part of a proposed upgrade of NY 347 into the limited-access highway it was originally meant to be. In the 1960s and 1970s, they wanted to realign both Route 112 and Route 25 in Coram. The realignment and widening of NY 25 was to take place between NY 112 and Winfield Davis Road. 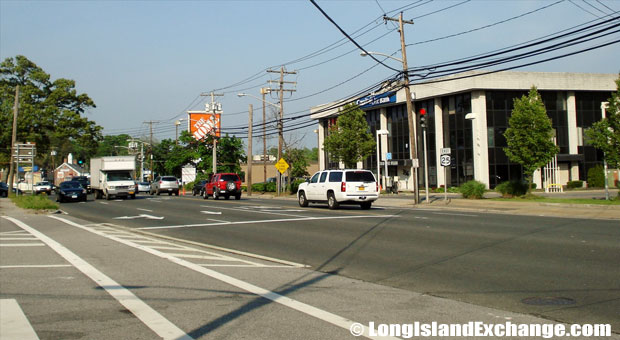 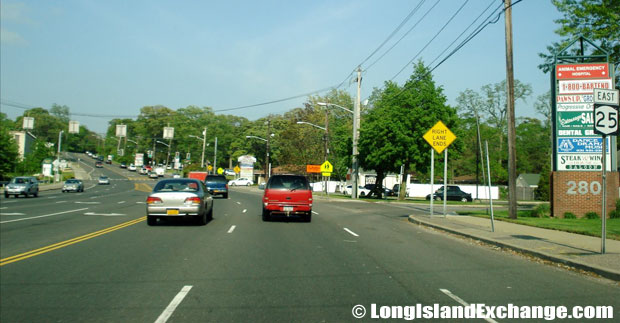 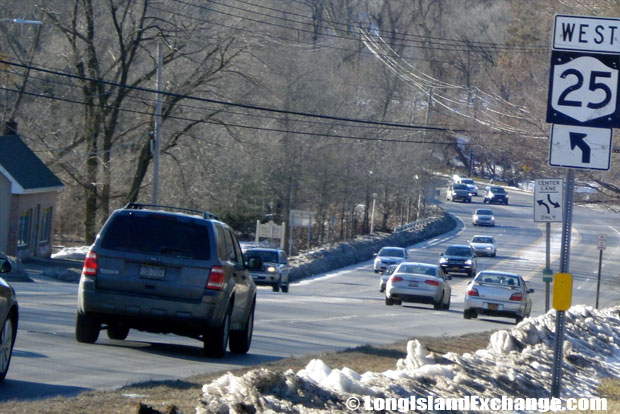 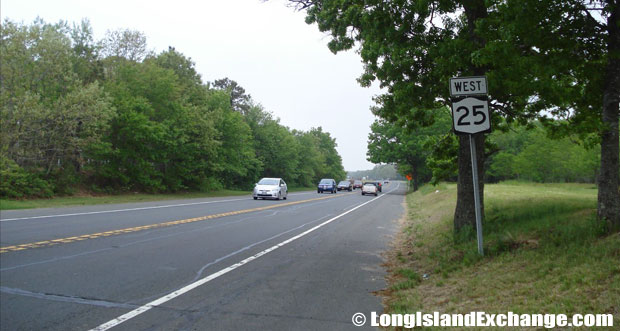 The plan of the State Department of Transportation to widen Jericho Turnpike between Routes 106 and 107 and the Seaford-Oyster Bay Expressway has awakened varied concerns among residents and business owners in the neighborhoods of Jericho, Muttontown, Syosset, and Woodbury, through which the section of the turnpike passes.

According to Judy Jacobs, president of the South Woodbury Taxpayers Association, there is no need to disagree that the turnpike is in great need of improvement. The reconstruction project calls for widening 2.6 miles of the turnpike from its present four lanes to seven, resulting in three lanes in each direction and a left-turn lane in the middle involves a lot of money which has an approximation to cost $87 million.