Roslyn is an incorporated village located in Nassau County, on the North Shore of Long Island, New York. It is at the eastern edge of the Town of North Hempstead. 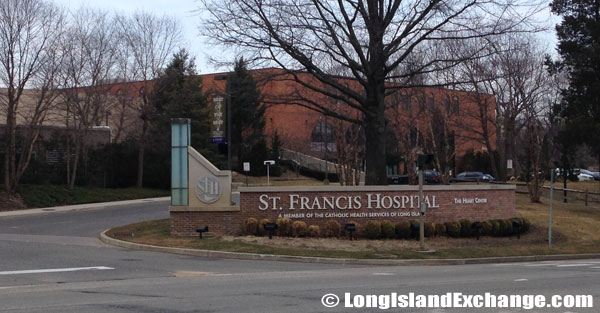 St. Francis Hospital, well known as The Heart Center, has top doctors for cardiac care and has been listed in the New York Magazine Best Doctors list for years. It is located on Port Washington Boulevard in the Flower Hill section of Roslyn. 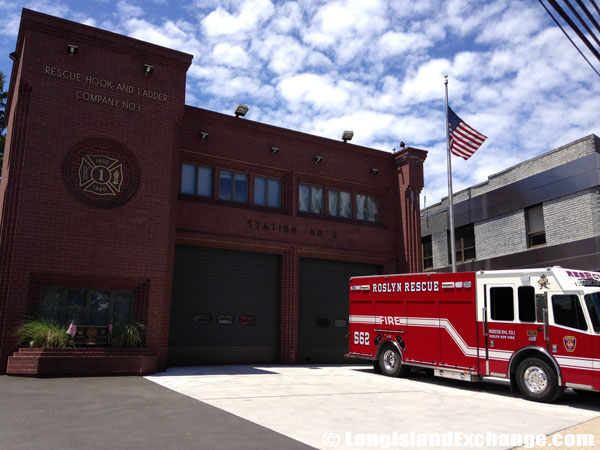 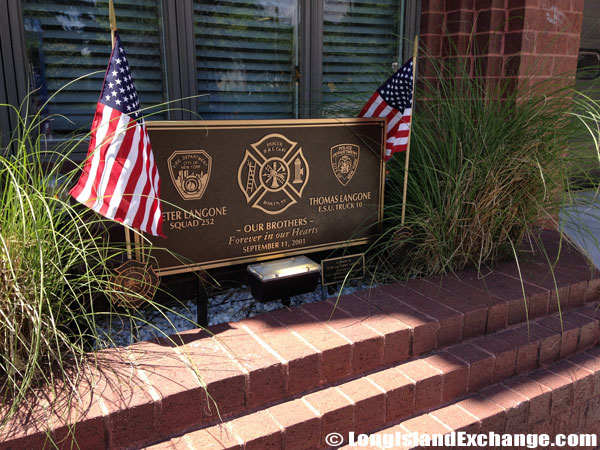 The community was named for Roslin Castle in Scotland. The former and merged names include Hempstead Harbor. On September 7th, 1844, the name was changed to Roslyn due to postal confusion regarding all the other “Hempsteads” in Long Island and their distance from each other. Many estates were sold and subdivided for residential development in 1930s. Clarence Mackay also constructed one of his great mansions here, on Harbor Hill, bringing in trainloads of dirt to ensure a high vantage point. According to research on New York State, there were no registered sex offenders living in Roslyn in early 2007 making it a safe place to live. 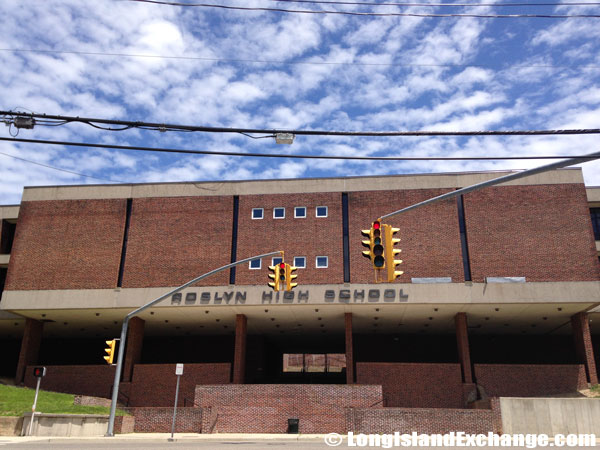 Roslyn High School, at 475 Round Hill Road, is the only high school in the Roslyn Union Free School District. 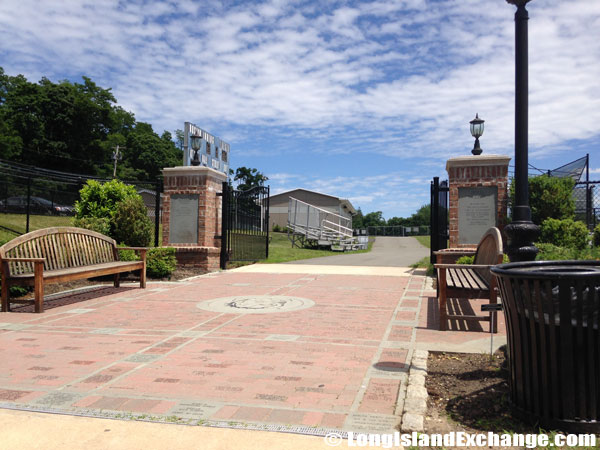 Entrance to the field and bleachers at Roslyn High School. 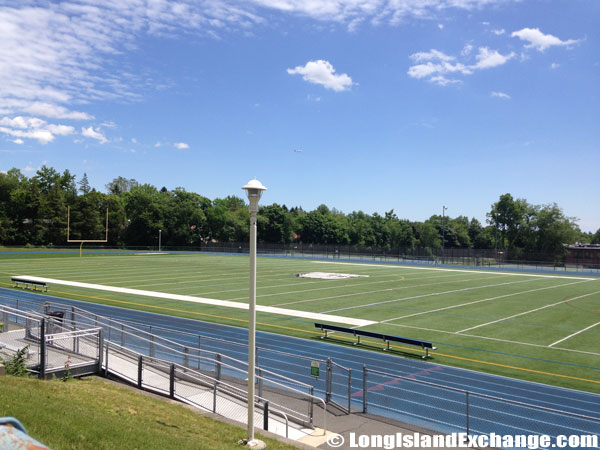 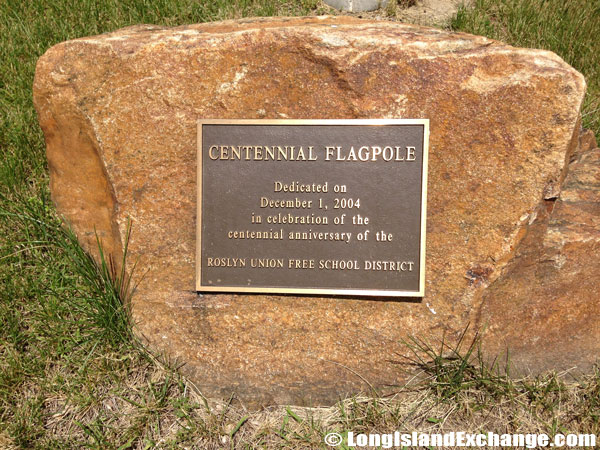 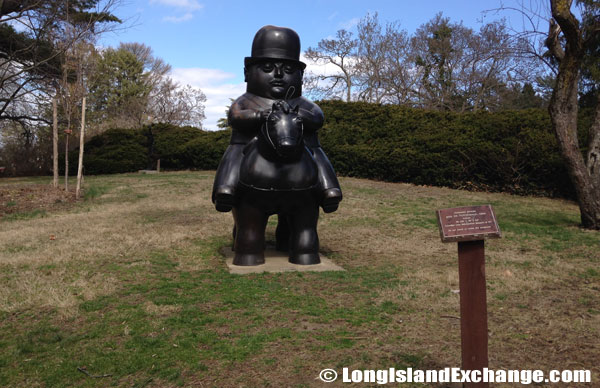 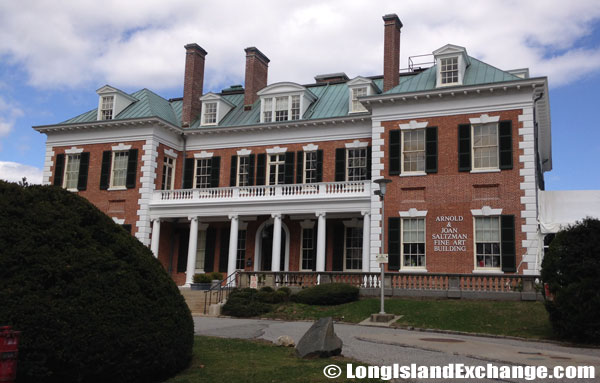 The Arnold and Joan Saltzman Fine Art building at the Nassau County Museum of Art.

The Bryant Library of Roslyn is a lively much used and well loved institution. It is in keeping with the times despite being such a lovely old village. All facilities are available online even when it is closed. There are over a hundred historic sites within the Village and many of the homes and buildings are apart of the Landmark Society tours of private landmark homes. 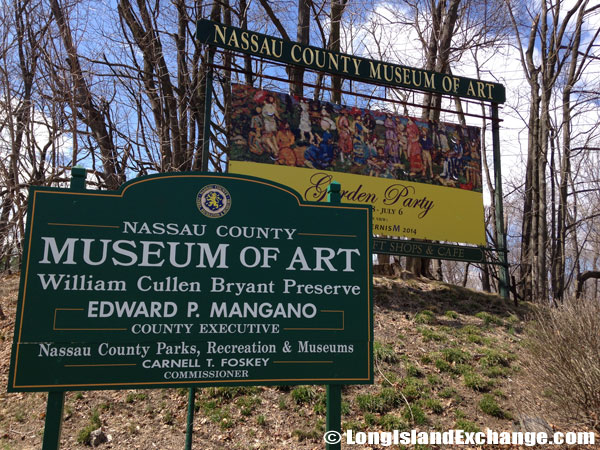 A sign welcomes visitors to the Nassau County Museum of Art, on the North Shore of Long Island. 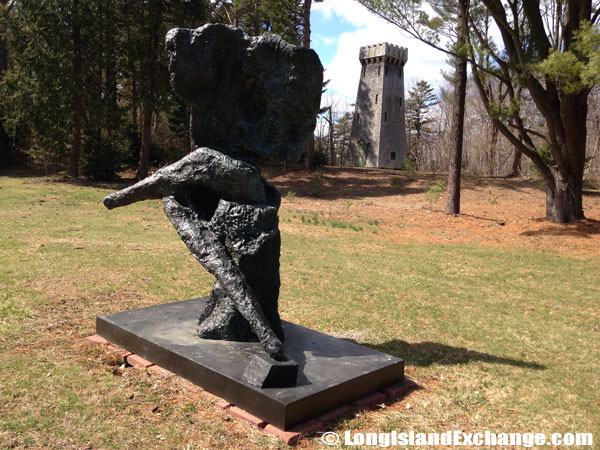 The Nassau County Museum of Art offers workshops that help teachers develop strategies for using the Museum and its resources in order to enhance their classroom curriculum in all subject areas. It also has a permanent collection that contains over 600 works of art representing both 19th and 20th century European and American artists. Dining in the Village is an experience you will never forget. With over 20 restaurants in one square mile area, a large number of them on the Old Northern Boulevard, you can come back to the Village over and over again for a various and enjoyable dining experience.