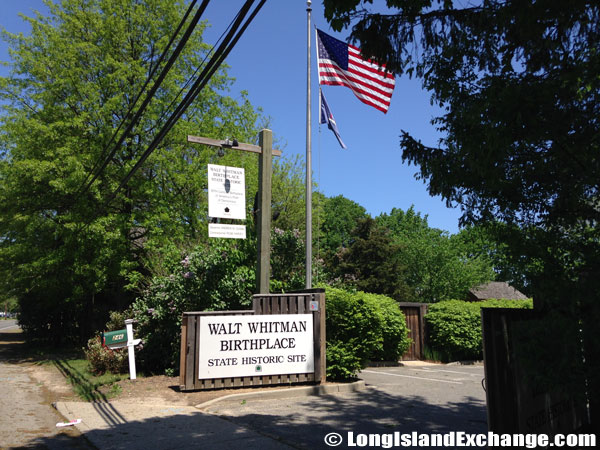 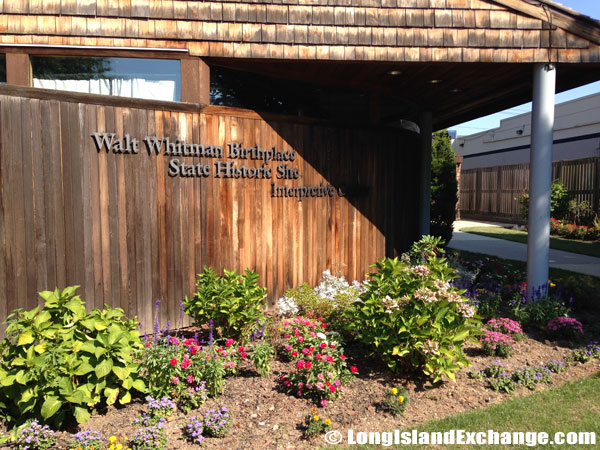 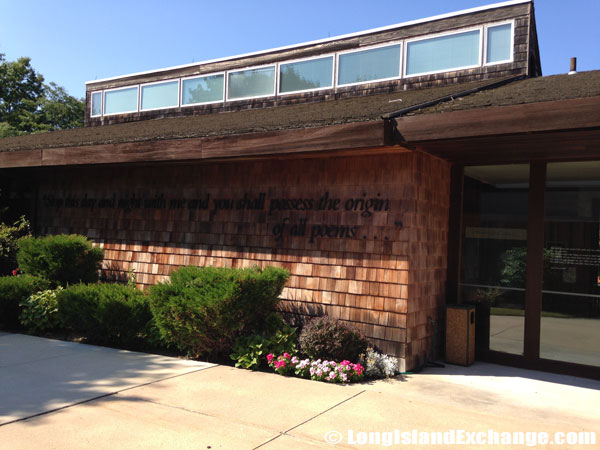 The outside wall is graced with an excerpt from Walt Whitman’s Leaves of Grass: The First (1855) Edition: “Stop this day and night with me and you shall possess the origin of all poems”. 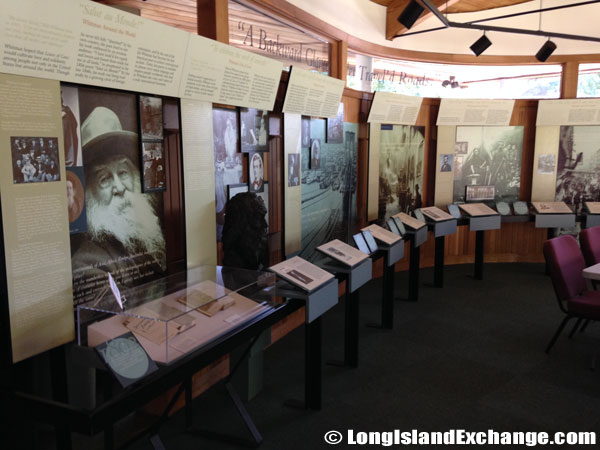 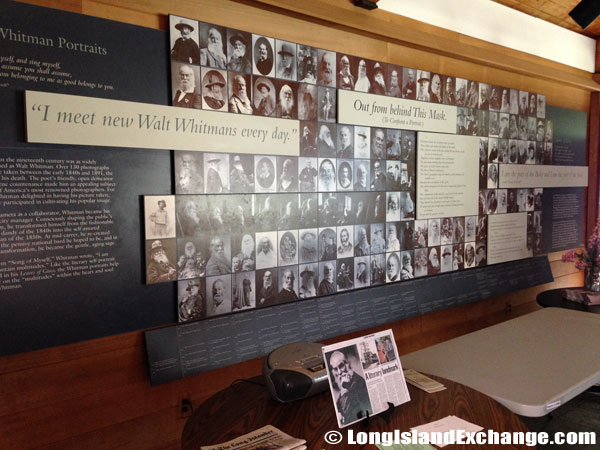 Overview: Walt Whitman Historic Site features an interpretive center which includes more than 100 portraits, original letters, manuscripts, and artifacts. Additional on-site activities include guided tours, a film, gift-shop/bookstore, and a picturesque picnic area. Located at 240 Old Walt Whitman Road, the Walt Whitman Birthplace State Historic Site is a major attraction on Long Island. It is open year round. There are maps available for walking and driving tours of Whitman-related sites in West Hills including the highest point on Long Island, Jayne’s Hill. 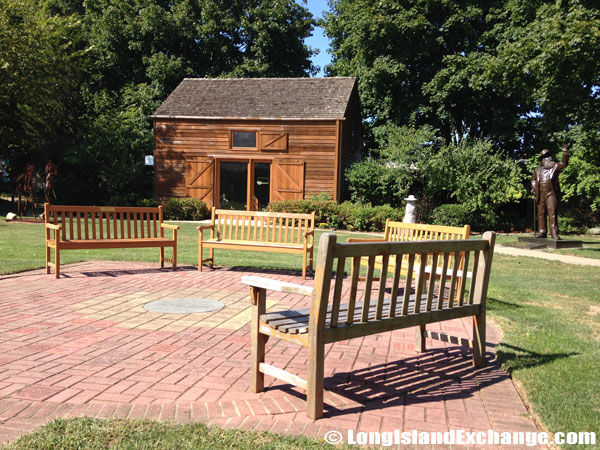 A commemorative brick circle on the Grand Lawn.

History: In 1819, Walt Whitman, America’s great poet, was born in a small farmhouse in the rural Long Island community of West Hills in the town of Huntington. In spite of being the birthplace of America’s prominent poet, his weathered old farmhouse in rural Long Island was under continuous threat of suburban development. Finally in 1949, the Walt Whitman Birthplace Association (WWBA) was formed with the mission to “preserve the birthplace and to conduct programs which bring poetry to the public in the democratic spirit of Walt Whitman”. The Walt Whitman State Park is a key Long Island tribute to its legendary child. 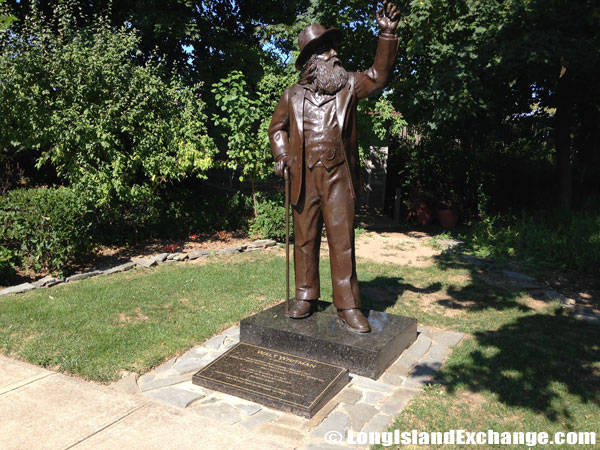 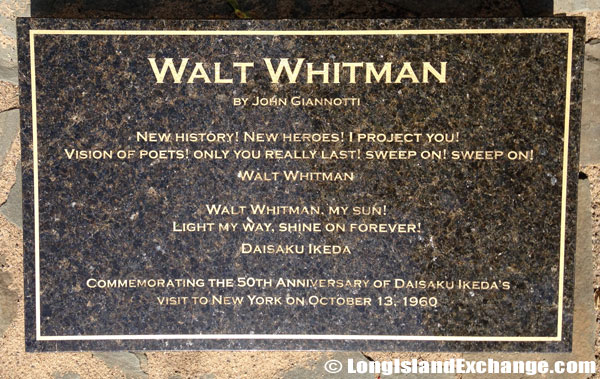 The Statue by John Giannotti honors the 50th anniversary of the travels for peace of Daisaku Ikeda, Buddhist philosopher, and his visit to New York on October 13, 1960. World Poet Laureate and educator. 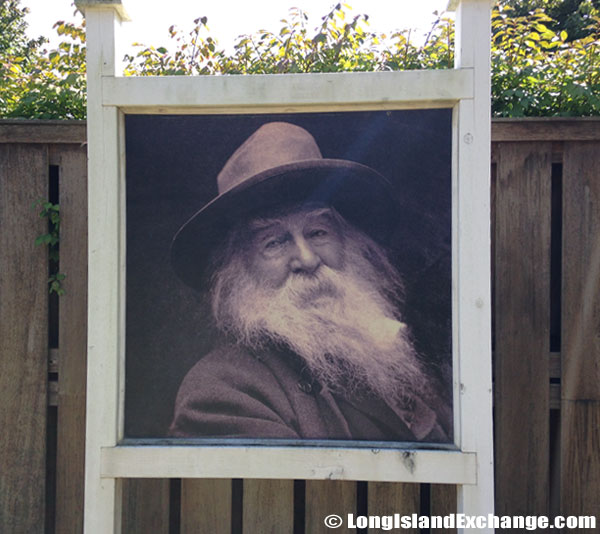 Walt Whitman was born the second of nine children, in Huntington, Long Island, New York, on May 31, 1819. His ancestors and family had lived in the West Hills area of South Huntington for over one hundred and twenty five years. 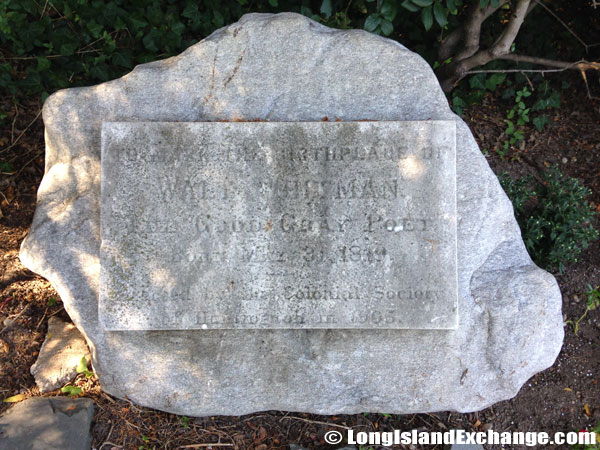 A weathered stone barely reads: ‘TO MARK THE BIRTHPLACE OF WALT WHITMAN, THE OLD GRAY POET, BORN MAY 31, 1819. 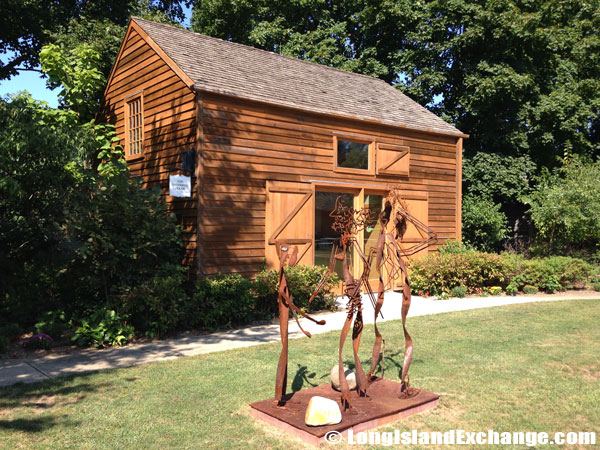 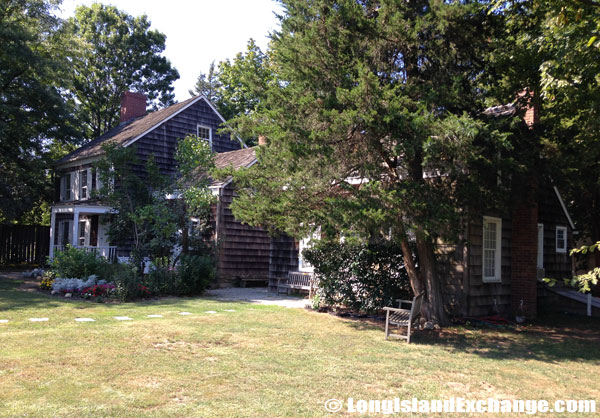 Built circa 1810 by Walt Whitman’s father, the restored farmhouse [2001] with its 1.5 manicured acres is a New York State Historic Site, listed on the National Register of Historic Places, named an American Treasure by the Millennium Council in 1999 and designated a Literary Landmark in 2014. 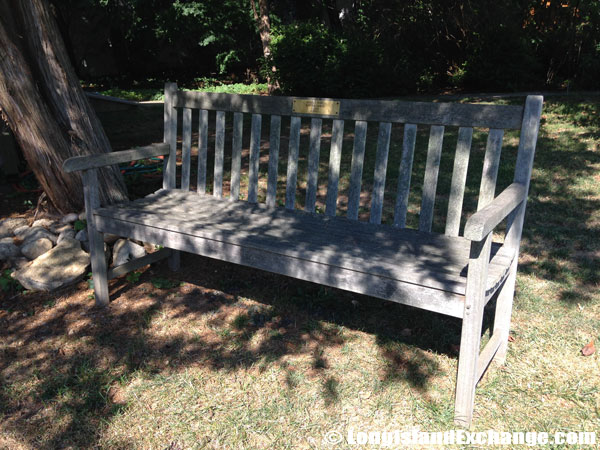 A commemorative bench sits in the shade as a perfect place to read poetry. 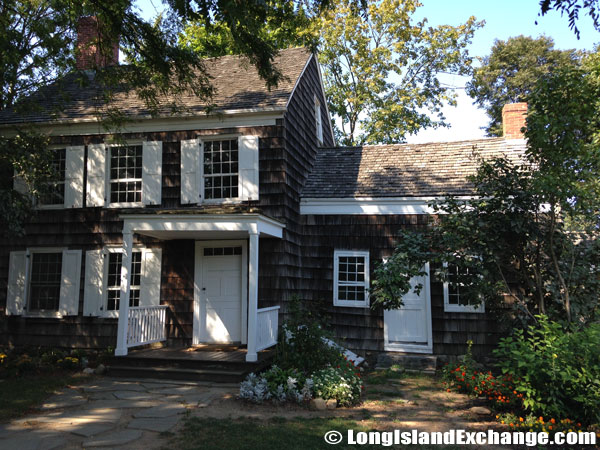 The Birthplace interior  reflects a day in April 1821 of a typical farmhouse on Long Island.