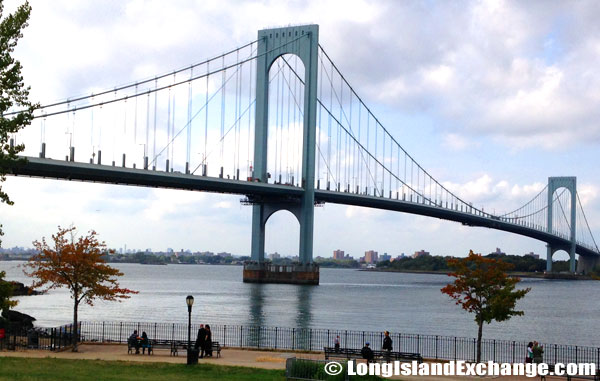 The Bronx-Whitestone Bridge measures about 3,770′, with a main span of 2,300′, making it the 23rd longest suspension bridge in the world. It cost an approximation of $19.7 million dollars to build, financed entirely by TBTA bonds and like all of the former TBTA’s crossings; the bridge is run by the Metropolitan Transit Authority. The bridge has an average of 17,000 vehicles per day crossed the bridge in its first year; today, the number is closer to 110,000 per day. 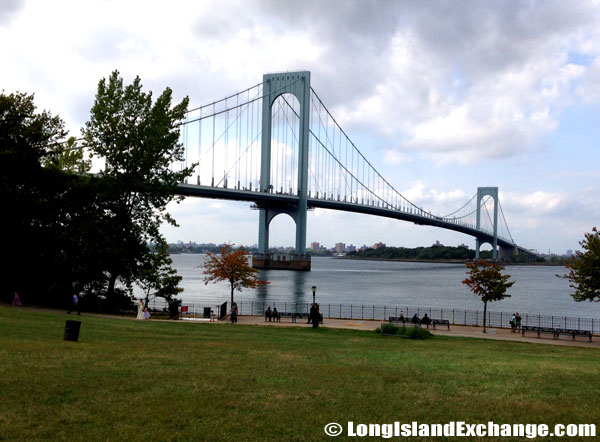 The Bronx Whitestone Bridge has an average of 17,000 vehicles per day crossed the bridge in its first year; today, the number is closer to 110,000 per day.

A link between Queens and the Bronx was first mooted around 1900, but actual construction did not start until 1936, when the city woke up to the prospect of the World Fair less than 3 years away. In early 1937, the permission from the New York State State Legislature to go ahead with the bridge was granted to Moses’ Triborough Bridge Authority. Still, the bridge proposal ran into opposition. Local residents were displeased at the quick decision by Moses to raze 17 homes in Malba. Moses defended his decision, responding that the condemnation was necessary to complete the project on time. He needed to finish the bridge so much and continued his plan to build the bridge quickly, if it were to serve as a pathway to the World’s Fair grounds in time for its 1939 opening. Robert Moses selected master designer Othmar Ammann as chief engineer, and Ammann quickly made the decision pay off. The Whitestone Bridge emerged from the approach roads and from under the river in a magical and record-breaking 23 months. This was even though the bridge required the sacrifice of some valuable residential real estate in Queens. The Whitestone Bridge is a beautiful and durable structure to boot. It also provides an alternative to the Triborough Bridge during times of peak traffic loads.

The bridge is currently undergoing rehabilitation to bring it closer to its original design. MTA Bridges and Tunnels began a $286 million overhaul that will bring the Bronx-Whitestone Bridge not only closer to its original design, but also prolong its useful life. The cable stays and metal trusses intended to support the bridge have also increased the tension on the supporting cables, being a load beyond what the bridge was intended to handle. The engineers have discovered that the added weight of the stiffening trusses and the thicker concrete roadway have accelerated wear and tear on cables that were not designed to carry such heavy loads. Once the overhaul is completed in 2008, the bridge will have lost 6,000 tons, or one-quarter of its total suspended weight.