Elmhurst is a neighborhood located in the borough of Queens, part of the Metropolitan area of New York City. It is also part of Queens Community Board 4. The neighborhood is surrounded by Roosevelt Avenue (Jackson Heights) on the north; Corona to the northeast; Junction Boulevard on the east; Rego Park to the southeast; the Long Island Expressway on the south; Middle Village to the south and southwest, Maspeth and the New York Connecting Railroad on the west and Woodside on the northwest.

Elmhurst has a large congregation of communities with roots in different cultures and the sort of international zone is even larger when one takes into account the largely ethnic character of nearby Jackson Heights. 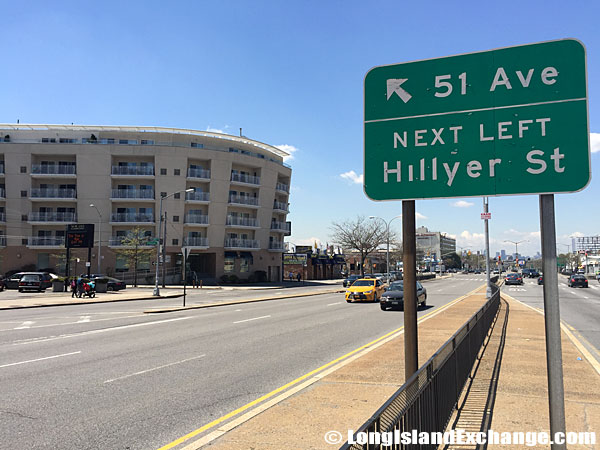 A points towards 51 Avenue off of Queens Boulevard in Elmhurst. 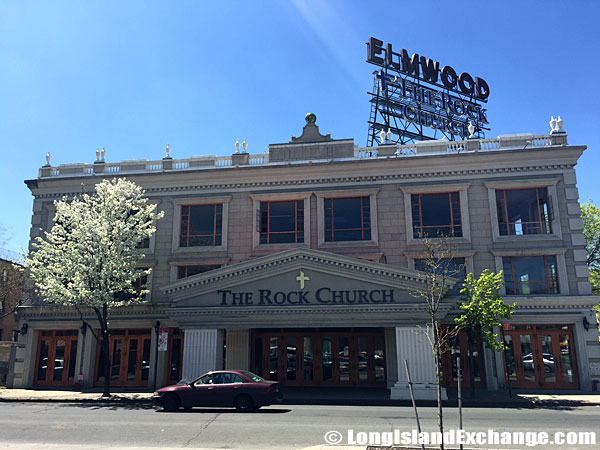 The Rock Church, a Nondenominational church in Elmhurst. 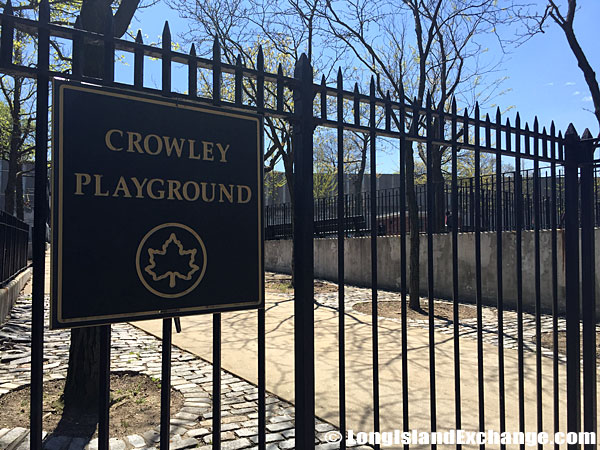 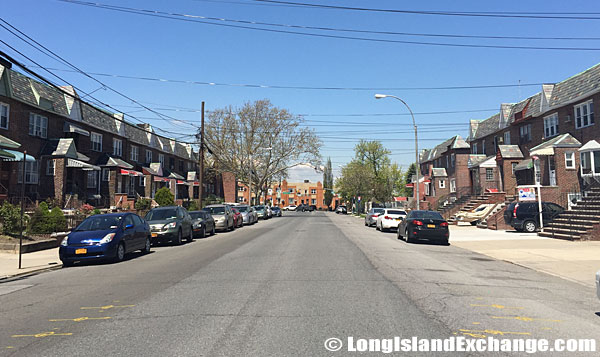 A typical side-street in Elmhurst. 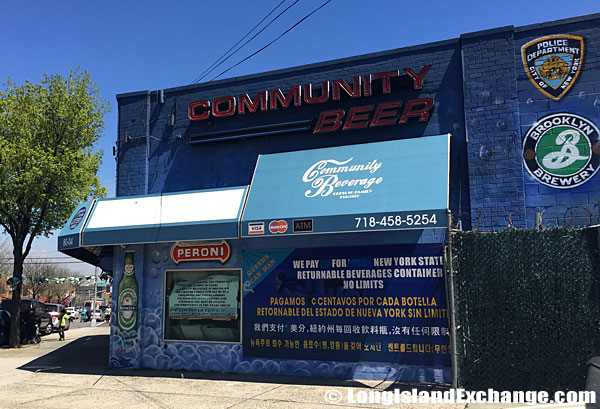 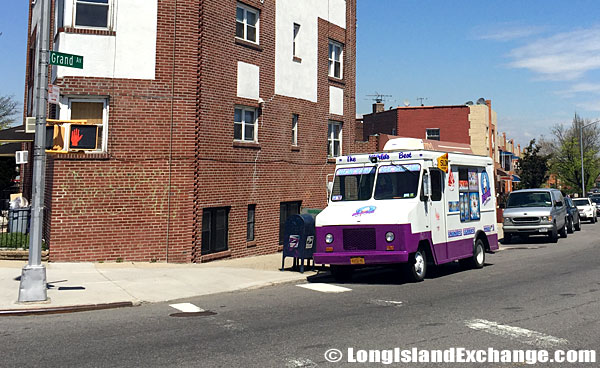 In 1652, the area was established by the Dutch as Middenburgh (Middleburgh), and was a suburb of New Amsterdam in New Netherland. It was once inhabited by the Rockaway Indians. The former and merged names of Elmhurst include Wandowenack and Newtown. Several English colonists moved here after an earlier settlement in Maspeth that was destroyed in Indian raids. Among them was Gershom Moore, in whose orchard a chance seedling produced the Newtown Pippin, Colonial America’s most famous apple. 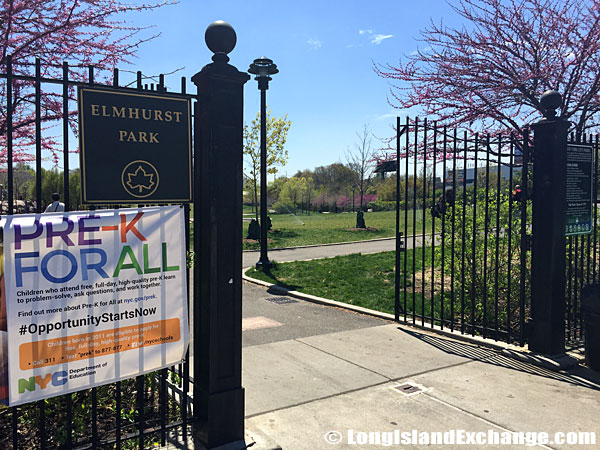 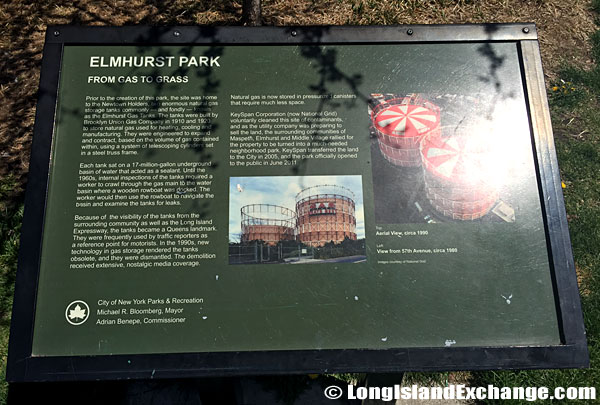 Elmhurst Park, from gas to grass. The site of Elmhurst Park was once the location of two KeySpan Newtown gas holders, a highway landmark popularly known as the Elmhurst gas tanks. 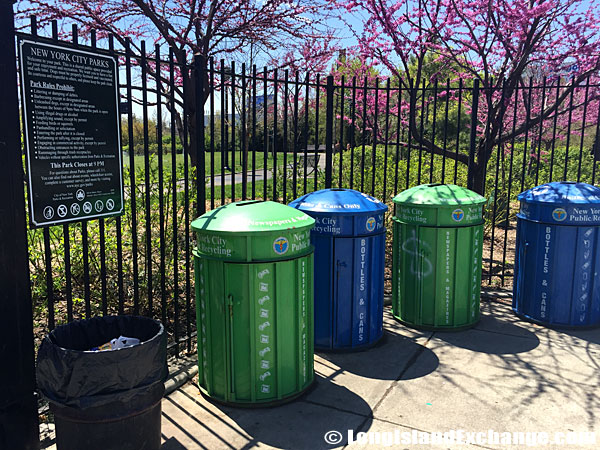 Trash and Recycling Cans at the entrance to Elmhurst Park.

In 1683, Newtown was established as the Town Seat for the Township of the same name. The name of Elmhurst that is current at the time of this  writing was given by an early 20th century private developer. The area was an almost exclusively Jewish and Italian neighborhood. After World War II, Elmhurst evolved into what has been considered one of the most ethnically diverse neighborhoods in New York City. 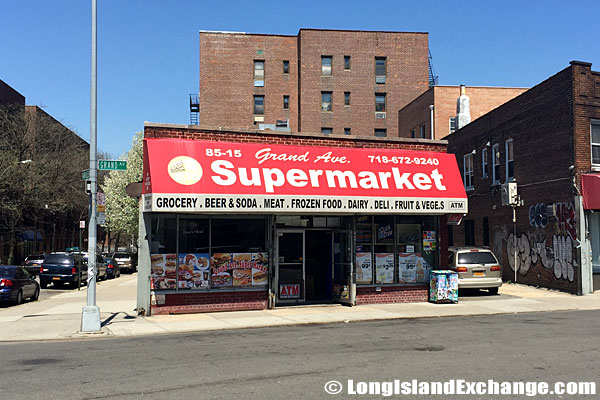 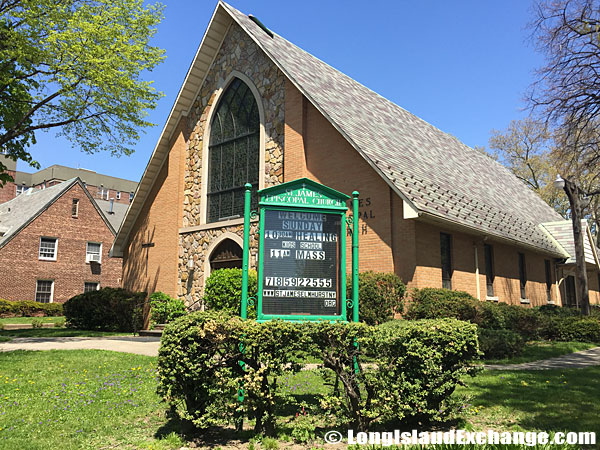 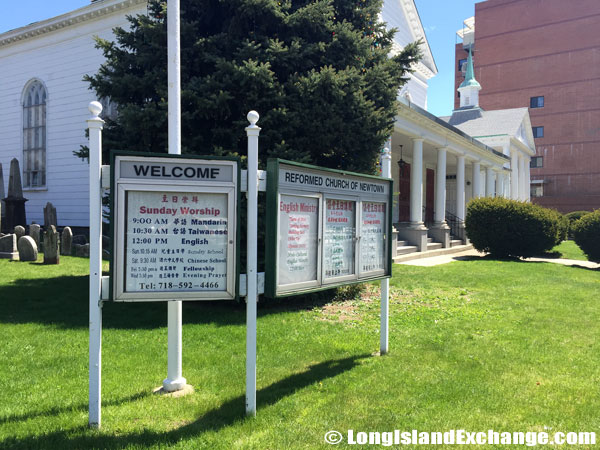 The Reformed Church of Newtown, a historic church located in the Elmhurst neighborhood in Queens. The church was first established by Dutch immigrants in 1731. 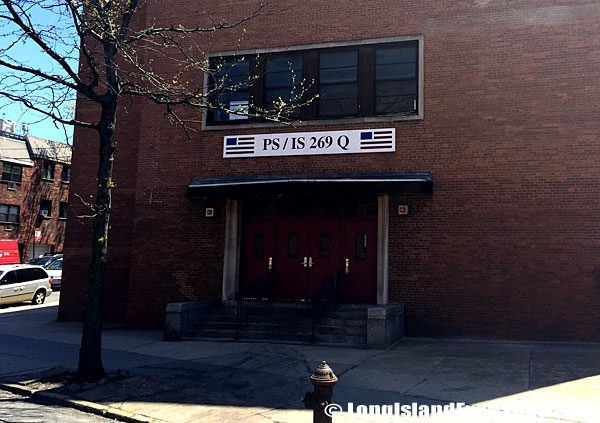 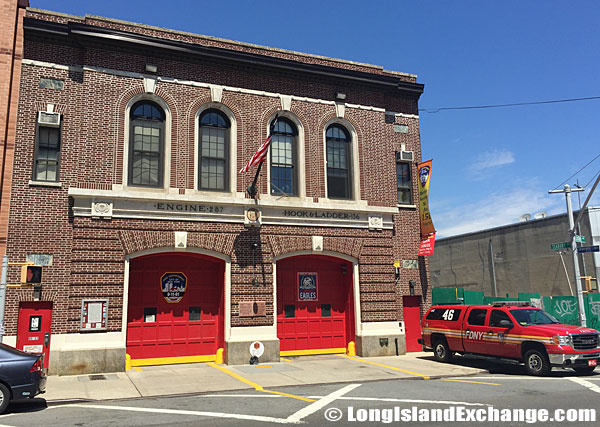 There are two urban shopping malls in town that provides resident with all their needs. The recently expanded Queens Center Mall is the most profitable mall per square foot in the U.S. and the recently renovated and expanded Queens Place Mall is a smaller round shopping center originally built as a Macy’s branch. The Mall has more than 75 stores under one roof. Elmhurst also offers decent value for ordinary people who need to live and work in New York. There is plenty of choice between apartments with just a few floors and individual homes for single families between $400,000 and $700,000.