New York State Route 111 (NY 111) runs North and South for 9.42 miles from Islip to the Village of the Branch on Long Island. Most of the road is two lane highway except for several four lane segments where it intersects freeways. At its northern most point, it connects to where Route 25 and Route 25A connect in Smithtown. 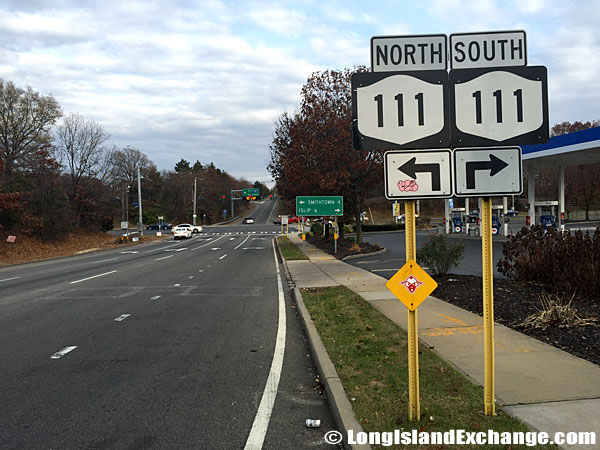 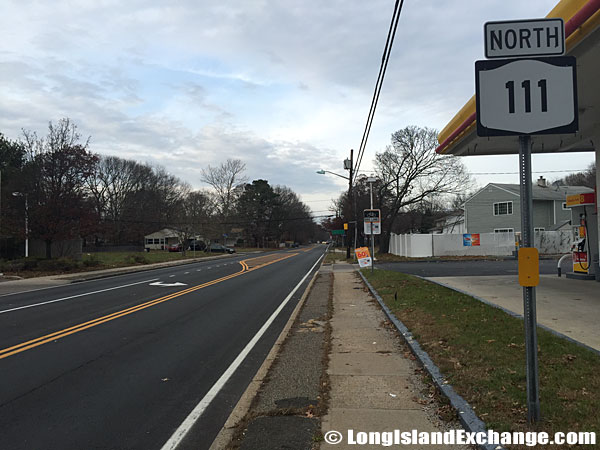 NY 111 began in 1914 when New York State improved the road surface and took over maintenance. The improvements cost $263,359 ($3.66 million in today’s dollars). The State added the road to its highway system in 1922 as State Highway 1208. It was left unsigned. New York State renumbered the highways in 1930 and State Highway 1208 became NY 111. In 1966, NY 111 was realigned slightly to take in the hamlet of Islip. The realignment took place on two lane city streets and only required that the signs be moved. The major intersections of NY 111 take in Islip, Hauppauge, Smithtown and the Village of the Branch. 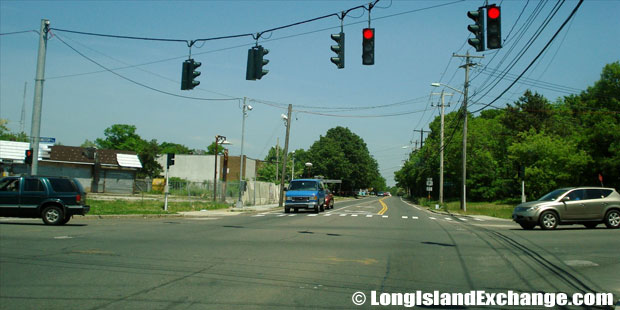 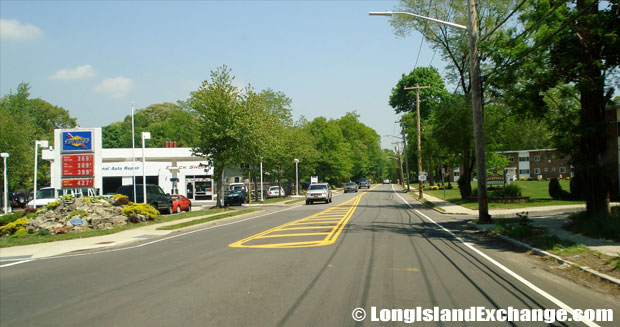 Route 111 Northbound from Route 347 Village of the Branch.

NY 111 starts on Main Street in Islip and goes North along Islip Avenue, passing through intersections with County Road 50 (Union Boulevard), the Montauk Branch of the Long Island Railroad, Bittermint Street and Islip Boulevard. It passes through a cloverleaf with the Heckscher State Parkway (exit 43). After the Parkway, it goes through Central Islip, passing residential neighborhoods and business districts. 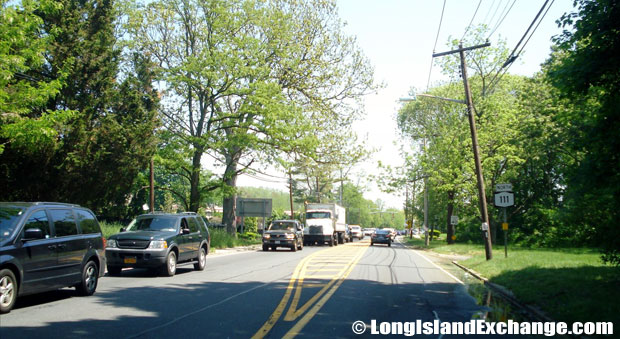 Anyone following NY 111 has to take care when the road intersects with Suffolk Avenue (County Road 100) because it changes its name to Joshua’s Path. In the same area as the name change, Caleb’s Path branches off from Joshua’s Path heading Northwest. NY 111 continues on along Joshua’s Path through several residential areas in Central Islip. After Central Islip, NY 111 crosses County Road 67 (Long Island Motor Parkway) and merges with County Road 17 (Wheeler Road). NY 111 is labeled Wheeler Road at this point. It passes through an interchange with the Long Island Expressway (I-495) then parallels the Nissequogue River. 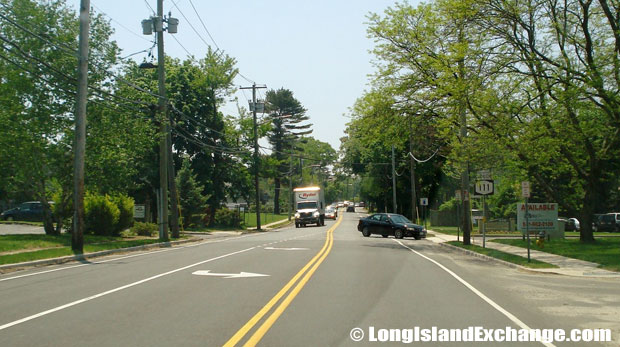 NY 111 intersects with NY 454 (Veterans Highway) and changes names again to Hauppague Road. It shares roadway with County Road 76 (Townline Road) for a short distance then forks northeast to follow Hauppague Road. It becomes a two lane residential street after it crosses NY 347 (Smithtown Bypass) and continues through the Village of the Branch where it bends north and ends where it intersects with NY 25 and NY 25A (East Main Street).

There are several areas of interest along NY 111. The hamlet of Islip, an unincorporated area completely surrounded by the Town of Islip, is home to the Historical Society of Islip, a historical organization that hosts house and garden tours and provides a guide to historical exhibits and markers to the Hamlet of Islip on its website. The incorporated hamlet of the Village of the Branch is an island in the Town of Smithtown. The Village features a 20 acre historical district with 15 houses, a library and a church. The Village is home to the Halliock Inn and the First Presbyterian Church. Hauppauge contains Hauppauge Industrial Park, the largest on Long Island.