The Town of Islip is one of ten towns in Suffolk County, on the South Shore of Long Island, New York. It is also an unincorporated community or a hamlet within the Town of the same name.

The Islip Train Station serves the community with hourly service west to New York City and east to the Hamptons via the Long Island Rail Road. It is also served by Sunrise Highway and the Southern State Parkway. 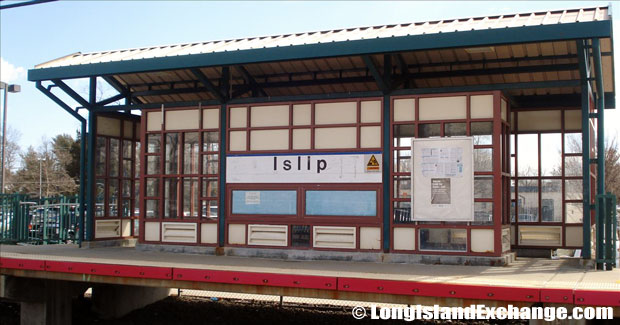 Islip is on the Montauk Branch of the Long Island Rail Road, off NY 111 Islip Avenue and Nassau Avenue, north of Suffolk CR 50 Union Boulevard.

Islip Town Hall, is located in the heart of both the Town and Hamlet of Islip at 655 Main Street.

On November 29, 1683, an early settler named William Nicoll bought land from Sachem (Chief) Winnequaheagh of Connetquot. The community was named after Islip, Oxfordshire, England. In the 19th and 20th centuries, the area originated as a subsistence farming community in its earliest years transforming to a posh resort and mansion heavy enclave for aristocratic families. 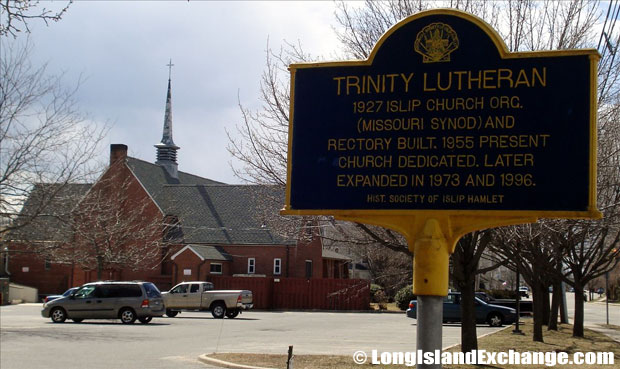 Trinity Lutheran Church held its first gathering on February 6, 1927 when eighty Christians, knowledgeable in the teachings of the Lord within the Lutheran tradition, gathered in a vacant store on Main St. Islip, New York.

Well-known residents have included J. Michael Plumb, an Olympic medalist. Most of the resident ancestries were Italian, Irish, German, Black or African American, and Puerto Rican. The community is served by the Islip Union Free School District which has three elementary schools, one middle school, and a high school. 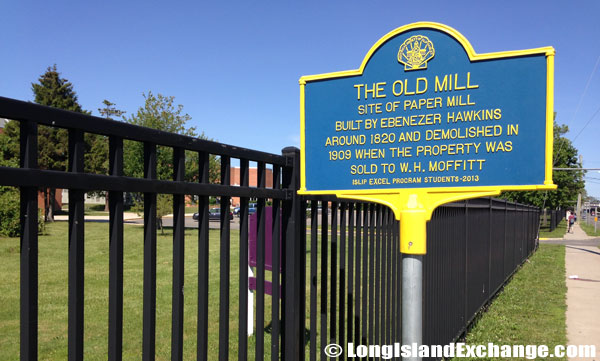 This historical marker highlights the spot where an old paper mill was located where Islip Middle School currently stands. The paper mill was built circa 1820 and demolished in 1909 when the property was sold.

The district provides academic excellence towards their students and also develops their personal potentials. One of the town’s most important and precious assets is Long Island MacArthur Airport. It is located near the center of Long Island with an easy access from major highways and the only airport in Suffolk or Nassau County with scheduled service on major airlines and serves over two million passengers a year. 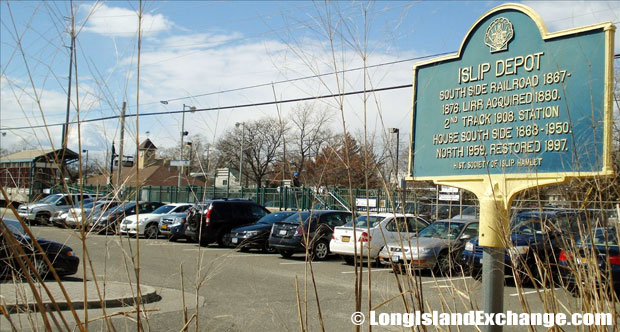 The town has several churches including Presbyterian, Episcopal, Apostle, and Methodist that all have a combination of beautifully made architecture and devotional services. Brookwood Hall Park, the Islip Art Museum, and Heckscher State Park are also near by. 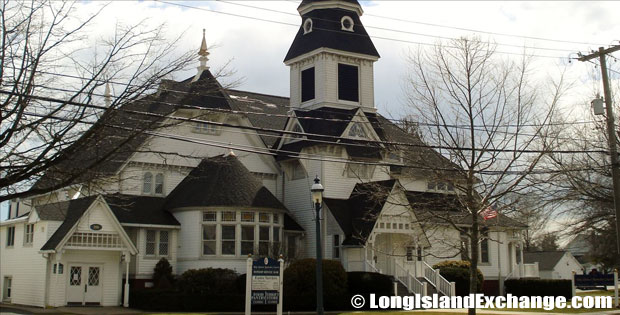 The local Chamber of Commerce which is founded in 1924 help makes Islip a better place in which to live and work. Their goal is to promote and encourage public improvements and commerce, support industry, adjust disputes relative to trade, transportation and navigation, and many more. 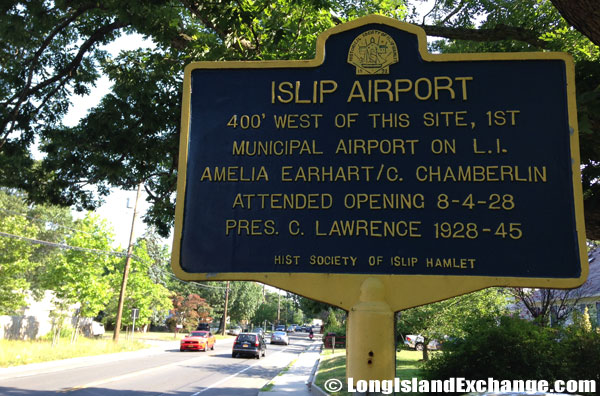 A historical marker commemorating the original Islip Airport, a 25 acre general aviation airport established by Charles Lawrence in 1928 and located along Route 111 Islip. Its dedication ceremony was attended by Amelia Earhart, the first female aviator to fly solo across the Atlantic Ocean. She received the U.S. Distinguished Flying Cross. 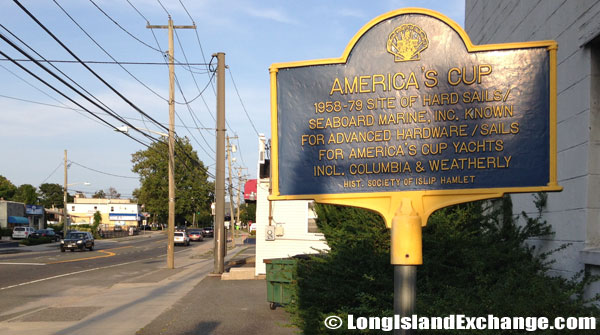 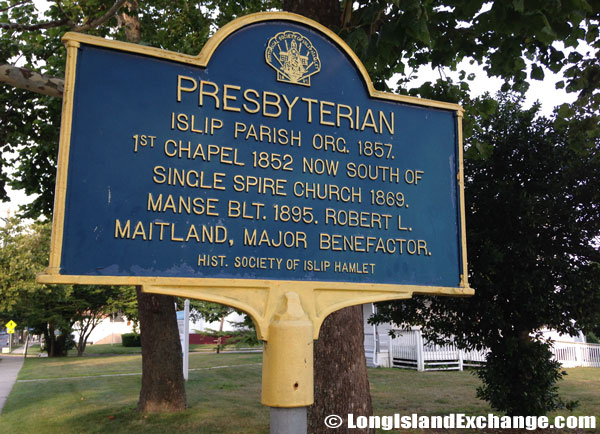 The First Presbyterian Church of Islip and Huntington South. 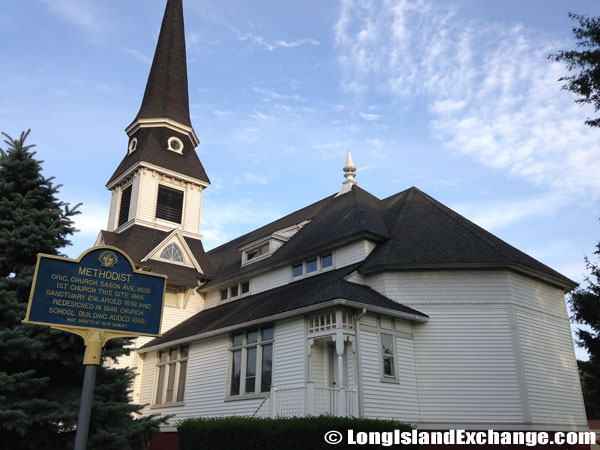 The Methodist Church in Islip village dates from 1810, although the first church was not erected until 1828.